US Congress: Clique of Criminals or Cowards?

It is by now patently obvious to all, except perhaps to a politically myopic, pith-headed, uncultured twit, that the only Representing the House of Representatives does is for itself and the lobbies which pull its members' strings. A fifth-world style of governance; a clique of criminals, or cowards incapable of standing up for their electorate? 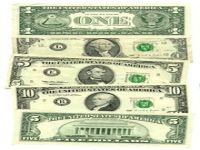 Ron Paul's recent article "Reckless Congress Declares War on Russia", referring to the decision by Congress to pass H. Res. 758, in his words "16 pages of war propaganda", states that this is "one of the worst pieces of legislation ever". Needless to say, it is a predictable bunch of Russophobic nonsense cobbled together by a handful of neocons pandering to the whims of the lobbies who pull their strings. It is also a Resolution which backs criminal activity contravening every fiber of international law.

What is even more sickening is that the bill only received ten votes against, meaning that either the entire House is in cavorts with criminal policies or else its members are sniveling cowards who do not have the guts and the spine to stand up for the principles they were elected to represent. Does the House of Representatives represent anything other than the interests of its members? And if this is the case, then why do the American people not stand up and be counted for once? Do they not have any principles either, or does their wonderfully democratic system deny them the tools to make a difference and have their say?

Examining the Ukraine issue, under the Ukrainian Constitution, the precepts for the removal of the President involved an impeachment process based on a formal accusation charging the President with a crime, backed by the incumbent Prime Minister, this Resolution backed in turn by the judges of the Constitutional Court and then the process backed by a three-quarters majority vote in Parliament. When Prime Minister Mykola Azarov resigned on January 28, 2014, he was replaced by Sergiy Arbuzov. When the Putsch placed Arseniy Yatsenyuk as Prime Minister and terminated the powers of the Supreme Court judges, convening a Parliament without many of the Party of Regions Members and using the Multiple Voting system (deputies voting in the name of absentee members, outlawed by President Yanukovich) it was basically denying itself any legal basis to act and guaranteeing that all of its actions would be illegal. The proper course of action would have been peaceful opposition until the elections. Let us remember that President Yanukovich was elected with 49 per cent of the vote, in a free and fair, democratic election.

In the event, President Viktor Yanukovich was removed on "circumstances of extreme urgency" which was not a legal precept for removal from office. Being forced out of office by an armed uprising is meaningless and has no foundations whatsoever under any international, regional or national law. The only development which had any legal backing was the Agreement on the Settlement of the Crisis in Ukraine, signed between President Yanukovich and the Opposition on February 21, 2014, under which it was agreed to bring the 2015 election forward to December 2014.

Therefore, any activity surrounding or arising from the Ukraine crisis in 2014 has to begin with the principle that the Putsch was illegal and therefore the legitimate government of Ukraine was removed. This being the case, the body with powers to enforce the law in the Republic of Crimea was the Parliament of this Republic, which had been Russian territory for longer than the USA has been a nation, until February 19, 1954, when the Supreme Soviet of the USSR decided to transfer Crimea from the Russian Soviet Federative Socialist Republic to the Ukrainian Soviet Socialist Republic. No wonder its people voted to return back home in the free and fair Referendum, especially after the Putsch Government in Kiev had started issuing anti-Russian edicts amid calls for the slaughter of Russians and Jews on the streets, thronging with armed Fascists and thugs.

Not surprisingly, after Fascist massacres in Odessa, Mariupol and Donetsk, in which Russian-speaking civilians were murdered en masse by Fascists supporting the new Putsch government in Kiev, the men and women of the south-east Ukraine took up arms to protect themselves and declared that they wanted nothing to do with the new pro-Western forces claiming to govern the country.

As for the accusations against Russia, where is the evidence that Russia is involved directly? Where are the satellite photographs? If the members of Congress knew the Donbass region and its people, they would see clearly that the south-eastern Ukrainians need Russian military intervention for nothing, and anyway if Russia was involved, Kiev would have been taken within two days.

As for the downing of flight MH 17, how can Congress make any accusations when the official investigation has not even been concluded and when there is plenty of evidence which points toward a Ukrainian military aircraft shooting it down, thinking it was President Putin's plane? Is Congress irresponsible, or is it packed with barefaced liars?

As for Syria, at least Russia's weaponry goes to fighting against Islamic State, whereas the USA's goes towards arming it. Russia did not side with terrorists to destroy Libya, the country with the highest human development index in Africa, the USA did. Russia did not attack Iraq, deploying military hardware against civilian structures breaching every norm and precept under international law. The USA did. As for saying Russia attacked Georgia, nonsense. Russia staged a very measured response to a murderous act of provocation, when Georgia attacked and murdered Russian citizens.

So to conclude, Congress is apparently either a bunch of criminals, giving the nod to more intervention in the internal affairs of a sovereign state, or else appears to be jammed full of sniveling yellow-bellied cowards, kicked around from pillar to post, too frightened to stand up and represent the interests of the people who elected them. The lobbies say jump, the Members ask how high.

And this is the body that represents the United States of America? Can I hear the Founding Fathers turning in their graves?

*Timothy Bancroft-Hinchey has worked as a correspondent, journalist, deputy editor, editor, chief editor, director, project manager, executive director, partner and owner of printed and online daily, weekly, monthly and yearly publications and media groups printed and distributed in Angola, Brazil, Cape Verde, East Timor, Guinea-Bissau, Portugal, Mozambique and São Tomé and Principe Isles; the Russian Foreign Ministry publication Dialog and the Cuban Foreign Ministry Official Publications. He has spent the last two decades in humanitarian projects, connecting communities, working to document and catalog disappearing languages, cultures, traditions, working to network with the LGBT communities helping to set up shelters for abused or frightened victims and as Media Partner with UN Women, working to foster the UN Women project to fight against gender violence and to strive for an end to sexism, racism and homophobia. He is also a Media Partner of Humane Society International, fighting for animal rights.