USA - Joke to the World 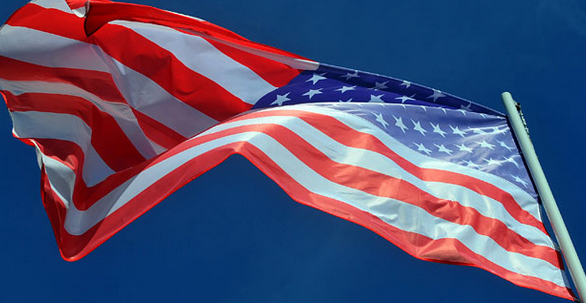 The US Congress passed another bill condemning Russia and Putin. Now that's pretty funny. The Clown from out of town and his minions are pretending  to be rule makers in a world where they think they are king. They've constructed a "New World" Order" of money and power for the privileged few.  The punks in public office continue to lie to themselves and their voters hoping Russia's power and wealth will magically vanish through propaganda, terrorism and sanctions. The US eagle can poop everywhere but the Bear can still do whatever it wants.

I am not speaking about the hard working conservative Americans who know there is a God in heaven. People who pray "Thy will be done" bowing in obedience to the Almighty.  They carry the Word of God in their hearts. I am speaking about that brood of vipers in Washington who dare live in a city named after a great general, president and man of deep faith. The insanity comes from the politicians who sold their souls to the devil. Men and women who would never bow at Christ's Holy Sepulcher like Putin did more than once.

I'm surprised Putin wasn't cracking jokes during the recent assembly in Moscow. "This little country America , relies on foreign oil and is telling the whole world and us what to do. Never mind that we're the largest country in the world with our own resources of oil and gas that can supply every nation. America, trillions in debt printing paper money while we have a vast gold supply and trillions in reserves. America has forgotten history. Hitler with millions of soldiers could not conquer us. We met the Nazis face to face and pushed them back to Berlin. A country like the US that overthrows governments for corporate interests like the coup in Kiev will be overthrown in the end."

The land of illusion; the land of entertainment producing songs and movies to warp reality. People pretending to be something they are not. Likewise, Washington DC has people who pretend to represent the people's interests. Pretending to bring hope and a change for the better. Pretending to bring unity and peace among all races. Lying through their teeth and laughing like clowns behind closed doors. Setting up a consumer based economy forcing the once mighty middle class to shrink and work at customer service jobs. "Ya want fries with that?"

The laughing only stops when they see Russia. They murdered the Tsar and his family and they thought Holy Mother Russia was dead. Today they think the sanctions are working as the ruble falls but they fail to see it's because of the low price of oil. Putin is right when he said the US would have made up any reason to stop Russia's economic growth. One day the US will blame Russia for global warming and racism if it hasn't already.

The US government starts wars in the name of democracy while accusing Russia for invading Ukraine and for supporting terrorism everywhere. Those who watch American TV believe it to be true. More laughter from the White House as they get away with murder in their country and abroad as the war scam continues. They seek to overthrow Russia in a bill, called the "Russian Aggression Prevention Act of 2014".  It's another joke as the US has proven to be the aggressor.

Although it appears to be economic reasons for destroying Russia, the underlying reason has always been a spiritual one. If Russia expands trade to other countries it will not only share goods but her faith as well. Putin promised to help the Orthodox Church and its goal is to spread the faith. He said in this video, "We shall do everything we can to help it grow strong. We shall continue our cooperation and joint work in strengthening harmony in our society with high moral values".  That's no joke to the west. They are the first to squeal censorship or separation of church and state. They use the law to choke Christianity.

A communist trick is to ignore the enemy. If that doesn't work they attack and accuse. They ignore Putin's Christianity and demonize him for things he hasn't done instead. It's not our world but their liberal world that is in danger of being destroyed. Like the dawn, Christianity will grow in the world. Today, the liberals who control the West fear Putin as though doomsday was tomorrow. It's not a nuclear threat but rather a spiritual renewal that threatens them. The joke is on them.