Victor Ponta's Romania: Where Did It All Go Wrong? 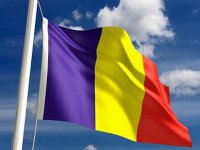 The Nobel prize-winning economist, Paul Samuelson, once defended himself on television with the statement, "When events change, I change my mind. What do you do?" Recent events in Romania remind me of the strength of Samuelson's words. Too often, we mistake a consistent opinion, which is user-friendly, for principled thinking, which is actually important.

In my case, last year I was reasonably optimistic about Romania's economic future. At the time of Prime Minister Victor Ponta's autumnal visit to America, I argued that Ponta's country was at an economic crossroads. She could choose the path of a market-based democracy, which would enable Romania to become, in economic terms, a Balkan tiger. Or, she could regress into statist, insular economic policymaking, which would ensure her future as a Balkan backwater.

At that time, Ponta's political body language strongly suggested he might be the person to lead his country to tiger-like status. He appeared keen on a number of reforms critical to Romania's economic take-off. These included a smaller role for the State, a domestic business environment receptive to foreign investment, and a vigorous campaign to fumigate the political stables and root out government corruption.

The prime minister's rhetorical commitment to wielding new economic and political brooms was deeply attractive to large swathes of his foreign and domestic audience. Yet, to date, Ponta's actions have not begun to match his words on the major economic and political challenges facing his unsettled country. In fact, it is now clear that, in the case of the Ponta product, what is written on the label is not necessarily what one finds inside the actual tin.

Candidate Ponta is expected to pass comfortably through Sunday's first round of Romania's presidential election, en route to the second round run-off on November 16. If he does, it will be despite the fact that he has failed to deliver the foreign investment he (correctly) says his country so desperately needs. Most tangibly, he fumbled badly the political approval process required for the Rosia Montana gold mine project. If the project were to proceed, the Romanian economy would receive a huge boost for years to come and, critically, signal to the global investment community that the country is, indeed, open for business.

In such ways, Ponta has failed to deliver the reforms necessary to provide his fellow countrymen with an economic reason to remain at home. With the economy back in recession - the young, the educated, the uneducated, the skilled, and the unskilled - are emigrating to Western Europe in droves, many to fill existing vacancies, others to take advantage of overly generous welfare systems.

Rather than put his own economic house in order, Ponta and his diplomatic emissaries engage in an undignified blame game that ascribes anti-Romanian prejudices to anyone who dares to point out the blindingly obvious. That is, current and projected levels of Romanian migration to the United Kingdom, for example, are economically and politically unsustainable for both the host and destination country.

Most troubling, however, are the serious allegations that are emerging of deepening corruption within the governing class in Bucharest. One of the more alarming cases concerns the ongoing prosecution of the prominent Romanian businessman and newspaper proprietor, Dan Adamescu. As The Economist reported, Adamescu's arrest "has stirred concerns over freedom of the press."

It is not simply the same old story; arguably, the problem is getting worse under Ponta's 'leadership'. To date, the available evidence surrounding the Adamescu story strongly suggests that the foreign caricature of Ceausescu-era Romanian politics is, sadly, alive and well.

From the apparently politically motivated persecution of Adamescu, himself; to interference with the rule of law; to the attempted suppression of freedom of speech via the intimidation of a major newspaper, each component of the story reeks of the same old authoritarian tendencies, albeit immaculately besuited in New Left designer garb.

Victor Ponta has always seen himself as the Balkan Blair. In 2013, the available evidence signaled that the Romanian protégé could emulate Tony Blair's leadership skills and political triumphs.

However, a year later the evidence piling up in the corridors of power in Bucharest reveals that Ponta's chosen path is far more old-school, government-knows-best statism than modern, Third Way pragmatism. Sadly, the Ponta premiership now may be categorised as a lost opportunity to catapult Romania, economically and politically, into the 21st century.

Europe
Guarantees for Ukraine? Olaf Scholz's wry grin says it all about them
17:40
Russian intelligence: Poland's working on scenarios for the dismemberment of Ukraine
17:01
Putin answers to Ukrainian's HIMARS with Sarmat and S-500
16:30
Emmanuel Macron ready for dialogue with Putin when necessary
15:51
Frozen Russian assets: The greatest theft in history
14:32
Azov* fighter who promised to kill Chechen president's mother is alive and kicking
13:57
Russia withdraws troops from strategically important Snake Island
20:56
Norway's latest act may force Russia to revise Svalbard sovereignty
19:51
Moskva cruiser of the Russian Navy was an easy victim for Ukraine
19:10
Expert names the ratio of losses of the Russian army to the Ukrainian
18:30
Kremlin calls Johnson "Freud's dream" after his words about Putin
РусскийDeutschFrançaisPortuguese