The Irony or Banter?

A big buzz surrounded the recent Nobel Prize winner of Literature, a reclusive French citizen, Patrick Modiano, and resulted in rather controversial reactions from the lovers of the spoken word. 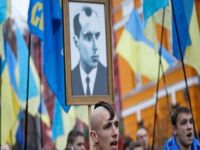 To his own astonishment, a flabbergasted author couldn't believe it was possible to be nominated, much less to become a winner.

The newly acclaimed Modiano, Jewish by heritage, a prolific French novelist with forty books under his belt, all of which were focused on the resistance army and surviving the terror of the Nazi atrocities during the WWII!

Although I'm an avid reader, Modiano's name and his work, have never crossed my path before.

Instead, I read every single book of the internationally recognized, a spymaster novelist, Alan Furst, who had been writing the most profound, soulful, romantic accounts on the very same subject: Resistance! His characters, carefully crafted, are still vividly occupying my mind. Reading Alan Furst was nostalgic, like being inside scenes from "Casablanca." I anticipated the release of his books, sometimes contacting him personally and participating in his reading events.

So, what was the fuss suddenly glamorizing a barely known Modiano? Alan Furst is a brilliant American writer of Jewish descent. Too "bad" he is not European.

The following thoughts are my own conclusion from analyzing the actual facts:

I understand that the Swedish Government, as of today, consists of nine overall Government parties, but officially registered only eight. If you are not aware, the last was formed in 2013, calling themselves Sweden Democrats (SD). Yes, that's right, the Nazi party!  You don't believe it?  They are now priding themselves on leading in the polls by holding the third place with 49 seats.  Their leader is Jimmy Akesson.

Some of them openly joined the National Guards of the Kiev Junta and fight under the Nazi flags alongside the Ukrainian army and other vicious battalions. This information was confirmed by official Swedish sources.

I love Sweden. Some members of my family live in this aesthetic country, but my heart bleeds when I see a Swedish youth of nowadays leaning towards fascism. The excessively democratic Swedish Government recognized the Nazi party and goes along with it. Protestors were brutally beaten when the parade of Nazis marched through the streets of Jönköping. The police was assigned to protect the parade participants and punished the opposition forces.

I wonder, why the Defamation Organization is suddenly quiet. I recall times when the word fascist or mentioning Nazi was outlawed in Germany.  Drawing a swastika can guarantee a criminal jail time.

The tide is turning, and now we observe the new Ukrainian Government backed by Washington and European Union, embracing and welcoming fascism!

The Ukrainian army fights under the Nazi flags and wear helmets with the swastika.

On October 14, 2014 President Poroshenko stated that the neo-Nazi Day is going to be an official holiday, which also falls on the Christian holiest day, The Intercession of the Holy Virgin.  Sacrilegious? Not for the Ukrainian President Poroshenko. How low can one go to hold onto the power? What a disgrace to his Jewish heritage!

The crazed Nazi mass marched right after the Poroshenko's announcement carrying portraits of the WWII criminal, Bandera as their national hero.  The wild crowd demanded the killing of Moscow clerics inside and outside of Ukraine. They demanded confiscation of their properties ­- a gruesome hint for the backers of the Kiev Junta in Washington! These mad dogs can be your second ISIS nightmare. Take a note, McCain! You are repeating the same mistakes betting on the beasts!

Recently one thousand Jewish nationalists joined the ISIS barbarians! New recruits emerged from Germany. The estimated number of them is about four hundred and fifty. Twenty-four of them are teenagers; all are ready to die for The Islamic State. The whole world is turning upside down.

Is there any end to this madness? A growing hatred towards the Russians was breathed into Ukrainian nationalists for the past twenty-three years by these wily politicians, such as Polish nationalist Zbigniew Brzezinski, neo-cons McCain, Clintons and their elk!  Brzezinski's son, Mark Brzezinski serves as the U.S. ambassador to Sweden. Is there a coincidence in invoking growing fascism in the Baltic States? United Nationalists, the one who wanted to unite the Nazi nations are under the umbrella of UN! That deciphers the original code! Well-done, "diplomats."

How can anyone explain this to me: Why did Sweden choose the Nobel Prize winner of Jewish decent, Patrick Modiano?  They had a chance to award a Ukrainian Nazi hero, the hostile Russophobe, Stephan Bandera, whose dirty anti-Semitic rants ignited hearts of the chauvinistic and newly "democratic" Ukraine? So tell me, is this the irony or banter?  I hear the flapping wings of an eagle-faced democracy!

Was it a sigh or swear? Never mind!