Economic World War waged against Russia and the BRICS alliance is based upon miscalculations of the Anglo-Zionist-American group think. Sanctions purported to be instruments in response to escalations of the Ukrainian crisis depicted as opening of new fronts and use of Russian regular forces. European Commission President Jose Manuel Barroso underlined in a news conference in Brussels after his meeting with Ukrainian President Petro Poroshenko Saturday. That sanction's "are not an aim in themselves" but an "instrument" to show the Russian leadership the current situation "is not acceptable and we urge them to come to reason, to work constructively." 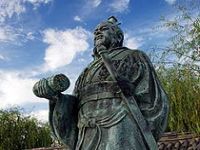 Elegant oratory in the face of Western propaganda demonizing Vladimir Putin and defacing of the Russian society's political intelligence concludes with the simplicity of "show me the evidence of Russia's wrongdoing!" Setting aside the West's failure to provide credible proof sufficient to indict the Russian people or attack the character of their President, Vladimir Putin. One is forced to consider that in spite of the insanity inherent their foreign policies these people are not retarded. There is cold calculation and many years of psychological operational studies to support the brainwashing of the masses in order to set the stage for the gobbling up of national resources and regime change.

One could potentially buy the entirety of Ukraine for the amounts expended by the US for regime change and the costs of bombing the natives. Not to mention the financial loss of the Anglo-Zionist-American agricultural concerns now barred from the Russian market. President Putin declined the entirety of the Ukranian industrial power when not allowing the Donetsk and Lugansk Regions accession into the Russian Federation. From the simplicities of these few business decisions, one can find affirmation to move beyond the obvious of the mundane, and, search out thinking elsewhere.

Vietnam taught the United States of how vast expenditures could elevate to a crippling place. A great nation could be brought to its knees by a few guys running around with a bag of rice slung over their shoulder and a committed six shooter tied to their hips. A model they introduced to Russia in the Afghanistan confrontation with American backed terrorists. Hence, historical lessons so often ignored by the contemporary politicians are fully cognized by the Kremlin in their Ukraine and Crimeria engagements. 'Hence to fight and conquer in all your battles is not supreme excellence; supreme excellence consists in breaking the enemy's resistance without fighting.' General Sun Tzu in "The Art of War"

Moving to the vantage point of the good general we allow ourselves to appreciate that the art of war factors in the Moral Law. The Moral Law causes the people to be in complete     accord with their ruler, so that they will follow him regardless of their lives, undismayed by any danger. And there is the Commander, he who stands for the virtues of wisdom,     sincerely, benevolence, courage and strictness. Only months ago President Putin was hailed around the world as the most prominent politician on earth; then came the Western smear campaign. But, in Russia and throughout his alliances around the globe he has reached the pinnacle of political approval. It is the mysticism of that spiritual dynamic that the West does relish and mercilessly attacks. For according to General Sun Tzu he has already secured fundamentals to winning over the Anglo-Zionist-American alliance.

Yet, our discussion must elevate itself beyond the highly touted Ukrainian struggle, and we should turn our attention to the real foci of the conflict. One cannot set aside the historical brutality levied against Russia in European history by the Catholic Church. Nor, can we not consider as so much prattle, the Vatican's claims of papal dominion over the nations of the earth.

Complexity in sorting out the characters giving rise to the Ukrainian nightmare is further exasperated by the Protocols of the Learned Elders of Zion wherein they have fashioned and advanced initiative for global domination. Formally set in motion after the commencement of the First Zionist Convention in 1898 under Theodore Herzl the Father of Modern Zionism. Thereinafter, all parties have now converged themselves into the imperialistic drama of a bankrupt United States of America.

Rather than just a civil war in Ukraine; we have an asymmetrical warfare being waged by the Anglo-Zionist-American alliance for global domination. This instantly translates itself into the dimensions of a spiritual confrontation more so than the collective greed of a few global elite. Hence, President Putin's announcement of being Christian takes on an infinitely more impactful place in the ordering of the affairs of men.

Coming out of the 1950's our socialization and views of Russia were shaped by the psychological nuance contained within the likes of the James Bond 007 movies 'From Russia with Love.' But, out of a once atheistic nation comes a man who has tread within the corridors of power and has seen the reign of darkness worldwide; but has chosen to confess his nation's need to revisit their assessments and walk with God. This stance has provided platform to affirm the visions of holy men who have been given sight into the Presidency, his character and the warfare that he confronts.

Prior to November 2013 I had absolutely no knowledge of Ukraine so I read what information I could find. Reports of anti-Semitism were coming out across the wires and I asked someone what exactly constituted this anti-Semitism and was it factual. This very gifted writer turned to attack me and never did address the question. Then in just an instant I saw vision of a map of the Ukraine and there was like a magic marker streak extending a ways down the middle of the nation and was positioned more to the east. Then the spirit of the Lord revealed that this was a Zionist thrust to divide the country. I marveled and it was some months before I read about the Zionist presence in the Kiev oligarchs.

Prophets have spoken to me about the qualities of character, the mental focus and wisdom that embodied the Vladimir spirit. This should be feared above all else from the imperialist that seek to attack Russia. I was not assured of their intent until just days ago when reading the British government will press other European nations at a meeting in Brussels on Saturday to block Russia from using the SWIFT banking network, Bloomberg reported, in what could be a dramatic expansion of sanctions. Then, President Obama wants to intensity sanctions against Russia for taking initiative in the humanitarian convoy to Eastern Ukraine. Then there is the silliness of European Commission President Jose Manuel Barroso's rationale for sanctions.

What we see is a response to the bold moves encapsulated by the BRICS initiatives to dethrone the dollar as the world's reserve currency, the organization created a development bank and a Contingent Reserve Arrangement (CRA). The former would allow countries to by-pass the IMF and the World Bank, with their tightfisted austerity fixation, and the latter would give countries emergency access to foreign currency. What President Putin requires are our prayers and the time to finish setting the financial infrastructures into their place.