Western interventionism and the boomerang effect

The European powers, and their fledgling, the USA, spent centuries colonizing the world, invading territories, destroying societies, massacring peoples, stealing resources, then barring entry into Europe and the USA against the people they colonized; today they use terrorists to further their interest, continue to disrespect local customs and then complain when things go wrong. 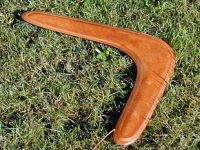 The Great Patriotic War (Second World War) was supposed to be the war to end all wars, after tens of millions of children, men and women lost their lives. The flash that sparked off this war, like the First World War, had as its foundations Nationalism, or the claim that one nation/people is superior to others.

And this is the same precept behind colonialism and imperialism, civilizing "natives" with the Bible and the bullet, imposing political systems based on Parliaments where such bodies never existed, signing agreements with political tails attached, in a top-down, patronizing, holier-than-thou approach which still favors ransacking resources, creating a one-way street for riches to be syphoned off without giving anything back in return.

Ignorance and poverty are blossoming in areas which the western powers colonized centuries ago. Societies were destroyed, not developed. And we live in a world in which the same old approach is followed time and time again, leaving chaos in its wake.

Yesterday, Ukrainians and Russians were proud of their Soviet history, and considered each other as brothers and sisters. Most still do, but as I write, thousands of Ukrainian boys, conscripts, are surrounded by anti-Fascist fighters in South-East Ukraine; as I write, there are strong links to the involvement of the United States of America, not Russia, in Ukraine; as I write, the United Kingdom is on the second highest terror alert because of insinuations of imminent attack from the Islamic State.

Welcome to the boomerang effect. To every action, there is a reaction. If you put a three-year-old in a chemistry laboratory and give him a free hand, the likelihood is that he will not know what he is doing and start mixing alkali metals with water, put him in the kitchen and he will pour water into a pan of boiling fat. The results in both cases will be disastrous and if he is lucky, only his fingers will get burnt.

Why can't western policymakers mind their own business, and if they have to intervene, do so with cultural programs, with educational programs, with development projects? Why did NATO have to encroach eastwards when it promised it would not? Why is the Biden family so intrinsically linked to the modern-day Ukraine? Why did the west use terrorists to destabilize the States in Libya and Syria?

Why does the west demonize countries and leaders when they themselves have a very murky record? Who was the overlord of Abu Ghraib torture center in Iraq? Who runs the Guantanamo Bay torture and concentration camp today? Who was behind the overthrow of President Yanukovich in Ukraine? And who is today pointing the finger at Russia, when all Russia has done in the last twenty years is insist on following international law? And I repeat, why is the Biden family, not the Putin family, positioned in Ukraine to reap the benefits from fracking and shale gas?

So while the west tries to create problems in Ukraine for Ukrainians and Russians alike (all the boys being killed and injured have families and loved ones), let us remember that the Crimea was not annexed by Russia as western media outlets claim, but returned to Russia in a democratic act called a referendum. (*)

As for the rest of Ukraine, the so-called separatists (anti-Fascist fighters) are fighting by themselves. The West has long made the mistake of stating that President Putin is playing everything in South-Eastern Ukraine, when the Russian President made it very clear from the start that Russia's only aim was to protect its interests, namely the Crimea bases which NATO wanted, and didn't get. Right from the start, Russia stated that it was not obsessed with Ukraine, that it favored a political resolution to the question, that Kiev should dialogue with the rebels, and that was it. Russia has stated many times that its foreign policy does not start and end on its Edge (Ukraine means "The Edge") but rather, in fostering closer ties with Latin America, with the BRICS block and so on.

And let us be honest. If the Russian Armed Forces were involved in Ukraine, the fight today would be two hundred kilometres West of Kiev and Poroshenko would be living in exile in the USA, or Switzerland. There is no evidence whatsoever of any direct Russian involvement in Ukraine, basically because there is none. A column of tanks and artillery from Soviet times does not a case make - Ukraine has the same equipment -a handful of soldiers crossing an unmarked border does not an invasion make - hundreds of Ukrainian soldiers have crossed into Russia and those who wanted to return were allowed to do so.

After all, you reap what you sow. It is called the boomerang effect. If the Biden family thinks it is cool to destabilize Ukraine just so that they can make millions at the expense of others, sooner or later the truth is going to come out. For those who think the USA and its poodles (my apologies to Poodles) are active in Ukraine for the good of the people, research Biden + shale gas + Ukraine.

And take a look at this:

(*) With the illegal overthrow of the duly elected President, Yanukovich, in the absence of any of the three conditions for an Impeachment, then the presiding law in force in the Republic of Crimea was the Legislative Assembly, which promoted the Referendum.