PM Netanyahu: 'Show Me the Science!' 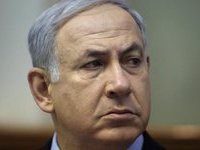 Remember "Show me the money," from the film Jerry Maguire? We ask Prime Minister Benjamin Netanyahu: "Show me the Science!" He asserts that bombardment of Gaza will continue... . "We are determined to continue the campaign with all means and as is needed. We will not stop until we guarantee full security and quiet for the residents of the south and all citizens of Israel."

Is bombing going to create lasting peace? There is no statistically-validated guarantee that this non-scientific strategy will work. It certainly has not in the past. Why should it now? Albert Einstein is famously quoted as saying, "Insanity is doing the same thing over and over again and expecting different results." History shows that using violence to quell violence ultimately just ratchets up the spiral of violence.

PM Benjamin Netanyahu should be commended for his lofty goals of "full security and quiet." They are statistically viable, if he supports his words with a proven, advanced military technology for Israel's military arsenals. Lasting peace and prosperity are a consequence of the scientifically-validated approach of Invincible Defense Technology (IDT). Extensive in-field military experience, coupled with peer-reviewed research shows that IDT can effectively, efficiently, and quickly end the current turmoil, and eliminate the rising spiral of violence. If the defense forces of Israel quickly deploy this statistically-verified approach it will not be necessary to base Israeli defense operations on guesswork or to risk the lives of non-combatant citizens on either side of the border.

This IDT approach to reducing stress and violence is already part of the training of America's future commanders at Norwich University, and has been field-tested by other militaries. It is validated by 23 peer-reviewed studies carried out in both developed and developing nations. They include the Middle East, Africa, Southeast Asia, and Latin America. Independent scientists and scholars endorse it, based on 25 years of research.

A specially trained military unit, an "IDT Prevention Wing of the Military" uses IDT to reduce stress in the national collective consciousness. IDT could also be introduced into other large groups such as the police forces, militias or the national guard. As the cross-border stress and frustration ease, the combatants are more capable of finding orderly and constructive solutions the issues that have separated them for generations.

The IDT soldier's daily routine includes the practice of the Transcendental Meditation® technique and its advanced "TM-Sidhi program." As a societal coherence-creating military unit, soldiers practice these techniques together in a group twice a day, seven days a week, preferably in a secure location near the targeted population. Their presence need not be disclosed to achieve the effect of violence reduction and conflict resolution. Such coherence-creating groups have achieved positive benefits to society, shown experientially, in just 48 hours.

Modern statistical methods demonstrate a consistent causal influence of the IDT group on reducing the conflict and preclude chance or coincidence. The IDT approach has been used during wartime, resulting in reduction of fighting, reduced war deaths and casualties, and in speeding the progress toward resolving the conflict through peaceful means.

An Israeli civilian IDT group decreased the intensity of war in Lebanon in 1983 in a dramatic way in 48 hours, to name only one of 50 successful demonstrations. (See a summary of the Israel study published in the Journal of Conflict Resolution and summaries of follow-up studies in the Journal of Social Behavior and Personality and the Journal of Scientific Exploration).

In 1992, the Mozambique military carefully analyzed the IDT research and decided to try it. As predicted, violence disappeared by 1993 and Mozambique became more self-sufficient. Economic growth reached 19%. Once the world's poorest country in 1992, it had moved up to be the world's fastest-growing economy by 2000. Former Mozambique President Joaquim Alberto Chissano, who learned Transcendental Meditation himself, introduced it to his cabinet and then the armed forces. 19 years of civil war and drought ended and President Chissano is the first to give credit to IDT for this effect.

Mozambique continues to be a shining star for Africa and a model for development. President Chissano was awarded the inaugural Ibrahim Prize in recognition of the unprecedented positivity that unfolded throughout all Mozambique under his unique and wise guidance.

Real and lasting peace and prosperity for both sides can be assured, not by guesswork bombardment and rocket retaliation, but by a scientifically-verified means to end the decades-old cycle of violence. When the Israeli military adopts IDT it will become even more powerful and respected worldwide because this will be a demonstration of a peace technology the whole world can apply, for the betterment of all humanity.

IDT creates genuine and lasting reconciliation and friendship where there was once only hatred and conflict. The military that deploys this powerful human-resource-based technology disallows negative trends and prevents enemies from arising. No enemies means full security and a normal, productive life for Israel and her neighbors.

If Israeli PM Benjamin Netanyahu arranges for his defense forces to establish Prevention Wings of the Military, they will ease the current high tensions, reverse centuries of mistrust and hatred and permanently prevent future unrest.

Extensive scientific research objectively says, "Yes, the approach works." This is a military "campaign" that should be championed with "all means." It is desperately needed. There is truly no other solution.

Now is the best time to act, before the storm clouds of Middle East tensions explode.

Dr. David Leffler is the author of "A New Role for the Military: Preventing Enemies from Arising - Reviving an Ancient Approach to Peace." He was a member of the US Air Force for nearly nine years. Dr. Leffler served as an Associate of the Proteus Management Group at the Center for Strategic Leadership, US Army War College. He now serves as the Executive Director at the Center for Advanced Military Science (CAMS) in Fairfield, Iowa and teaches IDT. He is on Twitter and Facebook.