The folly of the Iraq invasion, a copy-paste of imperialism in the twenty-first century, shows, along with previous imperialist ventures, that deployment does not work. Iraq today is predictably worse off than under Saddam Hussein. The answer is in development, and the key word here is education... and psycho-analysis, starting in primary school. 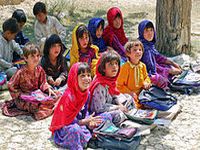 In 2002, in this column, I warned the Governments of the United States of America and the United Kingdom that in attacking Iraq outside the auspices of the United Nations Security Council, and without a shred of evidence that Saddam Hussein's Government had Weapons of Mass Destruction (because he didn't, and anyway if he did, they wouldn't have attacked), they were committing a massive foreign policy blunder of monumental proportions, which would provide their enemies with stones to throw for decades to come.

Not even the courtesy of a reply did I receive to my many missives sent to the State Department and Foreign and Commonwealth Office and here, my columns were met with howls of derision, amid the typical, primary and predictable Western demonology of things they do not understand, and puerile labels calling Saddam Hussein "Sod him" (UK) and "So damn insane" (USA).

In the event, brutal as his rule may have been against his opponents, Saddam Hussein has to be taken within the context of the part of the world, and time, in which he ruled. His removal raises many questions: would Iraq be crawling with terrorists today, would Iraq have become so fragmented? Or was Saddam the cementing factor holding Iraq together and keeping the terrorists out (as Gaddafy was ten years later)?

Has deployment brought stability to Iraq? No, it has not because as usual, the USA and UK failed to understand the fundamentals in parts of the world they would like to control, but never will because they do not understand realities outside the mindset of Boston and Cambridge, Oxford and Washington DC. Today, a decade later, they are speaking about the need to bring Sunni Moslems back into positions of power, which is exactly what Saddam Hussein had foreseen two hundred thousand million dollars ago.

Copy and paste the situation in Sudan, a legacy and a carbon copy from the times of British rule. In fact, delve into the past of so many hotspots around the world and you can trace problems back to imperialist times when European powers drew lines on maps, divided peoples, divided territories, disrespected or massacred cultures and civilized "savages" with the Bible and the bullet, eh what?

This weekend, in Liberia, an Ebola Virus Disease treatment center was looted and destroyed because the people understand, through no fault of their own, that EVD is imported from the west. By looting the belongings of the victims, they have probably inadvertently sown the seeds for the disease to mushroom in the shanty town in which they live, a suburb of Monrovia.

On a visit to West Africa some two decades ago, I was informed by a health official, and I quote, "AIDS is spread by the prooftah (poofter)". Then leaning nearer to me, his left fist pumping the air, he explained knowingly, "Prooftah is a man to likes to get it up the bottom". Everyone around nodded in agreement, their faces deadly serious.

In Southern Africa, there are areas where there exists a widespread belief that the act of raping a baby girl can protect you against AIDS. The younger the child, the greater the protection, and I am speaking of babies weeks or just days old. Hours in some cases.

This does not mean that everyone in Africa is ill-informed, neither does it mean that ignorance is restricted to Africa. These are just three examples of lack of instruction which could be equally applied in any of the Continents, except perhaps Antarctica.

And are all youths who come out of education systems in western countries well informed and well balanced, prepared for the labor market? Can they read, spell properly, write an essay, or count? Do they know their times tables? Some do, many do not. Many are, in fact, not chronically unemployed but rather, chronically unemployable.

So rather than seeing our own societies eaten and rotting from within, and then imposing our values on others from thirty thousand feet, suppose someone were serious about imposing common ethical values and building a world in which we can all live side by side, in peace, like the brothers and sisters we are, sharing the shores of our common lake, the seas?

This means the implementation of education programs which are both relevant and meaningful, this means the imposition of symbolic power control away from the pupil and into the hands of the Institution which is responsible for her/his development and leading out into the workplace (e-ducare, in Latin, leading out).

This means building educational units over twelve to thirteen years for primary, middle and secondary school pupils, providing them with the means to go on to higher education or a practical training course, bearing in mind that the programs should be adjusted to the geographical and demographic areas in which they are inserted. For example, should an Afro-American living in an inner city be forced to learn about the Spanish Inquisition when s/he may be far more interested in slavery and the heroes who fought against it? On the other hand, a knowledge of the Founding Fathers and their ideals would be a logical topic of study for all American children.

Finally, access to psycho-analysis for all pupils from primary through to secondary education makes sense, to avert behavioral crises which can later develop into anti-social or criminal tendencies. If up to 20 per cent of the world's youth suffers from some form of psychological disorder every year, according to the UNO, then the social cost of such questions spiraling later on would surely be attenuated if such issues were nipped in the bud.

With universal access to high-quality education, and collaboration among the partners in the international community on an egalitarian and not a top-down, holier-than-thou and condescending approach, access which makes sure that girls have an equal footing with boys, using the proper channels for support (such as UNESCO and UN Women, both of which do a great deal of excellent work), then the foundations can be created for a real discussion as to the implementation of universal values.

This means no female genital mutilation, it means a woman is not stoned to death because she was raped, or set on fire because she was caught reading a book. Bombing people from thirty thousand feet does not teach the West African about how Ebola Virus Disease is spread, neither does it teach a radicalized youth that seventy virgins are not waiting for him in Paradise if he blows himself up on an aircraft. Educating them does.

And before anyone says "Yes, but how does one PAY for this?" the answer is perfectly simple. One, pretend we are dealing with a bail-out for a bank, because billions of dollars seem to appear from nowhere for that. Two, let us remember that the world spends 1.7 trillion USD per year, every year, on deployment. Not development.