Choco the Clown and Putin the President

Rumor has it that the Circus in Kiev is short of a clown, because he escaped and is parading as the President. Or was it the nuthouse? Or a chocolate factory? Doesn't matter, one look at Ukraine and if the situation were not so serious, it would provide laughing material for men's clubs for the next century and a half. Introducing Choco the Clown! 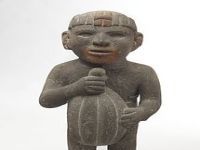 They say that from time to time in Washington DC the live sex shows run into crises. Why? Because all people have to do is line up in front of the White House, where they can see it for free. Today, 2014, in Ukraine, rumor has it that the circus in Kiev is having a hard time because its chief clown has delusions he is the President.

Let's face it, if the situation in Ukraine were not so serious, it would be hilarious. There's this illegal Putsch in which a democratically elected President (Yanukovich) is overthrown illegally, and then those who were behind the Putsch (led by a bald-headed upstart called Ratpuke or something, playing big league politics, and looking dead-pan serious into the camera while he lied through his teeth, then resigning because he couldn't take the pressure) claim they are the "Government". One even claimed he had links to al-Qaeda as the main feather in his cap. Others worship that pervert child molester and murderer, the coward woman-killer Fascist scum Bandera.

They had promised their paymaster, NATO, the Russian deep sea base in Crimea, then within hours Russia has said "Oh no you don't" and lo and behold, Crimea is Russia. Then Kiev threw its toys out of the pram, screamed, threw a hissy fit in public and tripled its laundry bill. And onstage center steps Choco the Clown.

Amid mass defections in its armed forces, a handful of Fascist scum committed massacres in Mariupol, Odessa, and elsewhere and Kiev doesn't even hold an investigation. This, after the manipulation of the Maidan crowd in February with shots fired from Hotel Ukraine, from the sixth floor, which was under the control of anti-Yanukovich protesters, into the civilians and police gathered below, to start a riot... and what happened? Nothing.

But let's face it, what's Ukraine good for if not stealing gas and then not paying for it? A thief? Nay, a whore. Then we have the downing of the MH-17. First they blame President Putin, as if the Kremlin has surface to air missiles pointing at Ukraine, then they say it was Russia (why should Russia down a passenger aircraft overseas? It's the Americans that do that after strafing kids with Napalm, after committing a twin atomic terrorist attack and after invading countries outside the auspices of the UNSC). Oh and then, hahahahaha, and then telling Russia it cannot send a humanitarian column into Ukraine.

So what about Iraq then? Sorry folks, seems there are several circuses short of a few clowns. So what about Iraq, Mr. Nobel Peace Prizewinner "I'm a loser" Obama? ANSWER THE QUESTION, GODDAMMIT! WHAT ABOUT IRAQ?

You say Russia cannot send humanitarian aid into Ukraine to help people who are being slaughtered by that clown idiot, probably with a nod from the USA, after all after Abu Ghraib, after the torture aircraft and shipping vessels, after the torture and concentration camp at Guantanamo Bay, (which you said you would close, but didn't deliver...as usual...how does it feel to be a sniveling failure by the way?), would anyone be surprised? After all, all roads always lead to Washington when we are talking about conniving, skullduggery, murder and thieving. Washington and its poodles. And today we have a new contender for chief pet, Mr. (hic!) Choco the Clown (hic!).

Yes ladies and gentlemen there's a new clown on the block. Mr. Choco the Clown claims first that Russia shot down the aircraft. So why has it taken the Brits so long to doctor the orange boxes? Where are the records taken from the ATC tower? Now, hahahaha, they claim it wasn't Russia targeting a Malaysian jet (what would Russia gain from that anyway?), it was the separatists who wanted to down a Russian jet to force Russia into a war.

But aren't they also saying that Russia is arming the separatists? So how can they be arming people who want to shoot down their own planes and if Russia is supposed to be actively engaged then why would the separatists need to pull such a stunt to goad Russia into a war? Seems then that Choco the Clown is a pig-faced blatant liar, doesn't it? Or is he really just a clown?

One has the impression that Mr. Choco the Clown has two discourses - one before lunch and the other, after. He has also been known to talk pure and unadulterated bullshit, not a word he says ever making any sense. If that's how he ran his chocolate factories, no wonder nobody has ever heard of his products. Are they marketed in the European Union? Wonder why... Watch this space for the rest of Ukraine's products.

Speaking of the European Union, sterling job Mr. Choco the Clown has done. By opening up to Germany and France, he has compromised the future of Ukraine's economy and jobs and the next five generations of its youth. As soon as they join the EU they'll be given massive loans with massive tails, they'll see their factories close, they'll see their farmers out of work or forced to bury Ukraine's products in Euroheaps, they'll see their fishermen sitting on their backsides getting drunk. What? Oh do they? Well, more drunk then. 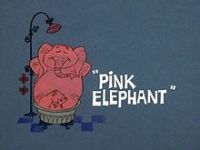 And now he's claiming that Ukrainian forces attacked and destroyed part of a humanitarian convoy, carrying products that he should be providing for his people, (you know, as PRESIDENT?). And he is proud of that? Fortunately, the incident has been denied by Russia and one hopes it is another pink elephant in the cloud cuckoo fantasy land of Choco the Clown. If so, he won't last very long will he? If it is true, then do I feel something serious lunging in the shadows?

And on the other side, a Statesman, President Vladimir Vladimirovich Putin. Democratically elected with massive majorities, popularity ratings equal to the sum of the main western lobby-puppets, sorry leaders. Tut-tut.

He doesn't say much. He acts. He saw the NATO threat in Crimea. Bang! Crimea is Russia. 1-0. He stated that he would protect Russian strategic interests and had no intention of getting embroiled in Eastern Ukraine. Correct, why then would the Ukrainians now state that the separatists were planning a massive false flag to get Russia to enter? So Putin = truth, West = lies. As usual. 2-0.

Russia sustained three waves of sanctions, a puerile and self-defeating act by the wannabe EU political trash and their puppet master across the Pond, Mr. Nobel Peace Prize Obomber and when they refused to defuse the situation, Bang! Russia retaliates and takes everyone by surprise. 3-0. Sorry, after Syria, 4-0. So where are you going to sell your fish now, Scotland? To England? Roll up, Latin America, wonderful new opportunities for your farmers. And don't take the EU threats seriously, they are not your colonial masters any more, even if they hadn't noticed.

Now how does Mr. Choco the Clown intend to pay for the gas this winter? Don't be stupid! He'll steal it! Once a thief, always a thief, eh Choco?

Tell ya what Choco! They say your act has a future this Christmas entertaining the employees of a chocolate factory. Here's a script for you. Bez platna, eh? You take a bowl of chocolate mousse into the gents' toilets in Hotel Ukraine and smother yourself in chocolate from head to foot, then run outside through the corridors and out into the street with your arms flailing wildly screaming: I'm the President of Ukraine!

Ah right, then you can blame "Putin". J Kiss (hic!) kiss! Careful with them pink elephants. They make you "see" things!