"In the period between the end of World War Two and Marshall's meeting with Truman [May 12, 1948], the Joint Chiefs of Staff had issued no less than sixteen (by my count) papers on the Palestine issue. The most important of these was issued on March 31, 1948 and entitled "Force Requirements for Palestine." In that paper, the JCS predicted that "the Zionist strategy will seek to involve [the United States] in a continuously widening and deepening series of operations intended to secure maximum Jewish objectives." The JCS speculated that these objectives included: initial Jewish sovereignty over a portion of Palestine, acceptance by the great powers of the right to unlimited immigration, the extension of Jewish sovereignty over all of Palestine and the expansion of "Eretz Israel" into Transjordan and into portions of Lebanon and Syria.This was not the only time the JCS expressed this worry. In late 1947, the JCS had written that "A decision to partition Palestine, if the decision were supported by the United States, would prejudice United States strategic interests in the Near and Middle East" to the point that "United States influence in the area would be curtailed to that which could be maintained by military force." That is to say, the concern of the Joint Chiefs of Staff was not with the security of Israel- but with the security of American lives."  Philip Weiss 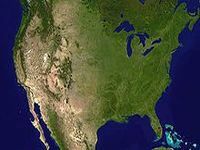 On July 31, 2014 Wikipedia patrolman PlotSpoiler substantially altered this writer's minor Wikipedia entry placing tags questioning the legitimacy of the profile's presence on Wikipedia, and removing a number of entries.

No problem there. Wiki's guidelines supported many of the edits made to the entry.

When Steve Martin's character Navin, in the movie the Jerk, discovers that his name had been listed in a telephone book, he gets excited. In like fashion, I was pleased like Navin--some time back--when I saw my Wiki entry. Now an afterthought I rarely look at it.

But after the latest piece appeared online at Cryptome (United Against Nuclear Iran Donors Identified), I was curious. Are there really pro-Israel types who spend their days on the World Wide Web looking for detractors or critics? Given Israel's current military operation, Israel's information warriors had to have carefully constructed their military information support operations (MISO) knowing that they would be hammered in the media. On that score they have performed marvelously: Pushing the success of the Iron Dome which does, in fact, not work as promoted, and focusing on tunnel destruction as the core objective when it is not.

At any rate the Wiki profile had not been substantially modified since August of 2013. Within a day or so of the previous version of this article PlotSpoiler appeared and revised the Wiki profile. Wikipedia maintains extraordinary records of revisions located under the "view history" tab. The "talk" tab sometimes leads to remarkable debates over verbiage and meanings.

So all of this would be unremarkable except for the fact that Plot Spoiler's track record  indicates that he trolls Wiki to find and edit/annul, any bias or the appearance of legitimate criticism of Israel and the history and personalities that have led Israel to where it is today: Engaged in a military campaign to drive the Palestinians in Gaza into the sea.

Conscious Americans should do themselves a favor and watch The Fog of War: Eleven Lessons from the life of Robert S. McNamara (Erol Morris). Commit those lessons to memory and get out on the World Wide Web and do some digging. That task is vitally important as America's leaders are taking the nation into wars that can't be won: Not against Russia, China or Iran. At home American citizens are denied access to water (Detroit) and infrastructure is in disrepair (Los Angeles). The US Constitution is broken as the CIA (executive branch) covers up torture and murder ("we tortured some folks" said President Obama) by blackmailing members of the US Senate (legislative branch). The US Supreme Court has given the American electoral process to the wealthy and corporations via its Citizens United decision.

And what can be said about the US support for the slaughter in Gaza. It's disgusting on so many levels, not the least of which is the fear that US politicians, musicians, artists, publishers, reporters and editors have of the pro-Israeli lobby here in the USA. Moreover, US military commanders like General Martin Dempsy seem to be gleeful about the prospects of waging total war against Russia just as they are about supporting Israel's destruction of Gaza.

Americans do not have a government by and for "the American people."

"We have since worked with a broad coalition of Jewish and non-Jewish groups as well as with United Against Nuclear Iran (UANI) to support legislative and regulatory actions requiring divestment from companies that do business with Iran, as well other sanctions. 'Florida has been a leader in adopting strong measures to isolate the Iranian regime in the areas of procurement, divestment and banking. We encourage local communities across the U.S to join Florida to pass similar measures" said Tara Laxer, Florida Director of United Against a Nuclear Iran.' Greater Miami Jewish Federation

The Jewish Federation and the Jewish United Fund are two of the donors to UANI. These nonprofit organizations are part of the wider US-based, pro-Israel juggernaut that shapes American national security strategy for Israel. Through connections, money, position and power they seek to immunize Israel from criticism for its mendacious, militaristic policies. They have succeeded in marginalizing discussion of America's dangerously pro-Israel policies to the extent that the subject is taboo: Criticize Israel and automatically receive the badge of anti-Semitism. Meanwhile US warfighters have an additional cross to bear in the world of Islam as they are seen as pawns of Israel. More's the pity American foes are energized by America's blind support of a tiny nation, strategically insignificant but with a stranglehold over American national security interests.

Matt Apuzzo writing for the New York Times recently reported that the US Department of Justice has asked that United Against a Nuclear Iran's donor lists and dollar amounts not be turned over in litigation involving a defamation lawsuit. "The Justice Department has temporarily blocked the group from having to reveal its donor list and other internal documents in a defamation lawsuit filed by a Greek shipping magnate the group accused of doing business with Iran. Government lawyers said they had a "good faith basis to believe that certain information" would jeopardize law enforcement investigations, reveal investigative techniques or identify confidential sources if released."

Alex Kane of Mondoweiss wrote a piece titled "'New York Times' profile of group bent on sanctioning Iran fails to mention Israel connections," back in June 2013. With a bit of effort he was able to find a number of UNAI's contributors.

Many of UNAI's donors can easily be found by doing some research on the World Wide Web. And what one finds, of course, is a superbly networked Jewish community, most on message advocating for the interests of the Israeli government. These pro-Israel nonprofits serve as the eyes and ears for Israel in the USA and as fundraisers/donors for groups like UNAI, who themselves take guidance from the Israeli government.

Americans know about the American Israel Political Action Committee and the influence they can bring to bear on American politicians and, through JINSA, American military commanders.

But fewer know about organizations like the Jewish Agency for Israel. Its annual report lists the 156 groups that make up the Jewish Federations of North America. They are located in nearly every major city in the USA.

The Jewish Agency for Israel had $478 million in revenue for 2013, according to its annual report. In that reports trends section it indicates that the Jewish Agency will work with the government of Israeli to enhance the identity of young Jews around the world. Its donor list must be the envy of every nonprofit in America. The list includes the Tisch Foundation (movies), IKEA (furniture), Rothschild Foundation (banking),  Charles E. Smith (construction in Washington, DC),  Larry Ellison (Cisco Systems), John Hagee (Christian evangelical), and Siemens (telecommunications).

UANI received $25,000 in funding from the Jewish United Fund of Chicago (JUF), a powerhouse fundraising organization connecting those of the Jewish community in Chicago. According to the organization's board meeting minutes from early 2013 (readily available online), JUF has revenues of $206 million dollars. Of interest in those meeting minutes is a quote by Colonel Danny Tirza, the designer of the Security Fence that splits Israelis and Palestinians: "Not a single Palestinian home was damaged by the process [of building the fence]."

JUF allocated $30 million for Israel and Overseas Operations according to the board minutes.

JUF was one of the founders of the Israeli Action Network-along with the Jewish Council for Public Affairs and Jewish Federations of North America--whose mission is to fight against the boycott, divestiture and sanctions movement in the United States. JUF indicated in its board meeting minutes that although the American Studies Association (ASA) passed a resolution in 2013 in favor of boycotting Israeli academic institutions, the Israeli Action Network made a number of non-Jewish contacts and were able to convince a number of American university presidents to condemn the ASA resolution.  The ASA described the outcome of the vote for the resolution thus:  "The members of the American Studies Association have endorsed the Association's participation in a boycott of Israeli academic institutions. In an election that attracted 1252 voters, the largest number of participants in the organization's history, 66.05% of voters endorsed the resolution, while 30.5% of voters voted no and 3.43% abstained. The election was a response to the ASA National Council's announcement on December 4 that it supported the academic boycott and, in an unprecedented action to ensure a democratic process, asked its membership for their approval."

What's UANI got that Obama's justice department does not want released?

As MC Hammer once said, "Can't touch this."