The lessons from the First World War

The Great War, or First World War, claimed around eighteen million lives from the first major battle fought on August 4, 1914 until the peace treaty, or Armistice, on November 11, 1918. One generation later, the Second World War, or Great Patriotic War, began, one which claimed over 73 million lives. Conclusion: the lesson was not learnt. 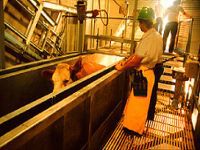 July 28, 1914, the war began with the Austro-Hungarian invasion of Serbia, precisely one month after the heir to the Austro-Hungarian throne, Archduke Franz Ferdinand, was assassinated in Sarajevo by Gavrilo Princip, a Bosnian Serb who described himself as a radical anarchist. One month of political and military maneuvering ensued, in which international defense treaties were invoked, and Europe was at war.

The Triple Entente (France, Great Britain and Russia) lined up against the Central Powers (Germany, Austro-Hungarian Empire and later, the Ottoman Empire). These blocks were expanded as the war drew on. Stagnant in the West, based upon trench warfare, and although trenches existed, more fluid in the East, the war claimed some eighteen million military lives, including those missing in action.

The peace treaty of Versailles, signed on June 28, 1919 was perhaps the greatest example of political myopia hitherto demonstrated by humankind, in that by humiliating an increasingly exhausted Germany, imposing sanctions which could only give rise to nationalistic tendencies, it created the path for someone like Hitler to appear. And he did. The League of Nations followed suit and was supposed to prevent the outbreak of similar wars. It did not.

In a way, we may conclude that the Second World War, or Great Patriotic War, was the continuation of the first, since the common link was the treaty of Versailles. No Versailles, no Hitler.

Before the Versailles treaty had been signed, and before the League of Nations had been created, Great Britain and France were sending troops into Russia to fight on the anti-Bolshevik faction, in the Russian Civil War, where there were at least three million casualties. And then came Hitler and the Second World War, or in Russia, the Great Patriotic War, in which some 73 to 80 million people died, 26 million of them Soviets fighting this Fascist scourge.

The conclusion for Russia is that time and again, the least desirable winds have blown from its western borders. Yet in both wars, Russia was allied to Britain, France and the USA and in both wars, Russia put the largest army into the field and bore the brunt of the casualties. So what lessons have we learnt?

From the First World War, apparently, none. And even after the Second, looking at the world we live in, it appears that we are dangerously close to where we were one hundred years ago. Workers' rights and human rights are being steadily chipped away, the working timetable has been scrapped, salaries are lower than they were a decade ago. Societies cannot even provide enough jobs for all their citizens.

The socio-economic model has morphed into what is corporatism, which is governance directly or indirectly by massive supra-national corporations which control government policy in many countries, where policy-making consists of pandering to the whims and caprices of the lobbies which pull the strings among those in places of power, making a mockery of the word democracy. In fact, if it existed before World War One, it does not exist today.

Universal free education has all but disappeared and turned into a business, universal free healthcare has all but disappeared...and turned into a business. Banks are not lending so people cannot afford to buy their homes, job security does not exist and in Europe at least, millions of young people have become the Generation of 500 Euros, receiving risible salaries which will see them living with their parents for the foreseeable future. The economic model is based upon a casino investment system in which the losses are passed on to the idiot trying to make a decent living by working hard and doing everything s/he is supposed to.

Today, the West looks at Russia down the barrel of a gun, its leaders making Russophobic nonsensical speeches without any reason whatsoever, yet like a bunch of cowards fail to say anything about Israel as it strafes schools in Gaza, in a world which spends 1.7 trillion dollars every year on weapons, 1.2 trillion of these being spent by NATO, whose countries spend some 2 per cent of their GDP obediently buying systems to please the weapons lobby whose interests NATO serves.

Today, recent events have set Russians and Ukrainians against each other, when they lived side by side for centuries as brothers and sisters, just 25 years ago celebrating their collective Soviet heritage. And today, once again, former allies such as Russia, the USA, the UK and France, who should be celebrating together, are once again looking at each other in mistrust.

We live in a world ruled by the owners of capital, and these centered around the powerful military-industrial complex in turn comprising the weapons, pharmaceutical, banking and energy lobbies. They need to sell weapons because they are a powerful stimulant to the economy, they need wars to sell and show these weapons, they need to increase their revenue by increasing the gas and electricity bills, when other systems have provided energy for free; they need to make a profit by stripping cheap genetically-modified cereals such as corn of their nutrients, introducing them into a vast range of products, then adding synthetic nutrients, coloring and flavoring and preservatives to increase shelf life. At what cost?

Two thousand years after Christ, in 2014 AD, in the year 1435-1436 AH (Hagira), do we not have alternatives to murdering one another? For instance could that 1.7 trillion dollars every year not be spent on development, not deployment? On education programs? I, and thousands of others, would write some for free. Do we not have alternatives to the disgusting poisonous nutrition people feed their children, in packets, bottles and cans of synthetic food? Could we not spend the billions of dollars advertising and marketing this (I apologise) crap, teaching our children to eat healthy foodstuffs?

Could we not invest in biological and vegetable proteins instead of meat? And who guarantees what "meat" is these days when it is sold in frozen blocks six years old, sprayed with ammonia and consisting of God alone knows what, who can guarantee that a 100% beef-burger is not in fact a 100% horse-burger?

We live in a world in which a car carrying a family on a day's outing to the seaside passes a truck laden with lambs to be killed in a slaughterhouse and the family in the car is oblivious to the stress of the terrified animals; we live in a world where it would come as no surprise at all if a pharmaceutical giant introduced a disease into the community just because it wanted to sell its products.

This is not the world I want to live in and it gives me no pleasure whatsoever sharing this wonderful home Nature gave us with those who are destroying it, polluting the land, polluting the sea, and now polluting space, killing our brothers and sisters, the animals, destroying their habitat and making species extinct even before we have discovered them.

After these thousands of years, can it be true that nobody has yet come up with a plan so that we can all live together side by side in peace, learning with and from one another, being at one with our environment, with the wonderful animals and plants in our beautiful home, our planet?

Could we not spend one fraction of that 1.7 trillion USD a year housing a permanent world Expo in every country, where the other countries could advertise their culture, their customs, their language, and OK their products if we must make everything commercial? Would we not do better by dialoguing with one another instead of trading in machines of death?

After all these years, it seems that Humankind behaves in exactly the same way as a herd of sheep. The dominant rams fight over the ewes, the ewes do their best to raise the lambs in a hostile environment. The sheep, however, do not traffic their own kind, do not practice pornography on their lambs or poison one another with toxins.

So no, we have not learnt one single lesson from the First World War, or the Second and I seriously believe Humankind is stupid enough to have a Third. In this some countries tread a responsible path and others spend their time rattling sabres in some directions (Russia's) yet not having the moral fiber to rattle them in others (Israel's).

What a disgusting comment on a revolting species. If anyone can give me three reasons why Humankind deserves to continue inhabiting this planet, and behaving in the same way that it has done, then I would be grateful to hear them.