Brazil and FIFA are to be congratulated on a great FIFA 2014 World Cup, demonstrating Brazil's capacity to put on a major event in modern times, putting Brazil on the map in terms of sports venues and providing a valuable lesson in political marketing, whatever the internal issues (which belong to Brazilians). 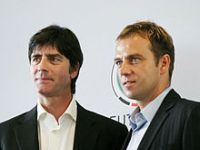 FIFA 2014 provided a benchmark of excellence in terms of quality, atmosphere and organization, and while it is true that FIFA is present, setting up an office in the field years before the event begins, while it is true that these days FIFA is a supra-national state with more power - and money - than some States, Brazil's part in the organization and principally, the atmosphere, must not be overlooked.

FIFA 2014 also underlined the notion that there is a new globalized age in soccer, in a world in which knowledge is globally available, as are training techniques, in a world more and more open to the movement of players and coaching staff. The excellent performances of teams like Iran, Costa Rica, the United States of America, Nigeria and Algeria, all outside the Europe-Latin America axis and all present in the last 16, are proof that these days there are no easy teams or also-rans, while Spain (the defending champion), the eternal pretender England, four-times champion Italy and a talented Portugal came home early.

Which brings us to the phenomenal Germany, primus inter pares in this new age of soccer, an example of organization, determination, discipline and team-work both on and off the field. Behind coach Joachim Löw is a back-room of experts and analysts, complete with software, who analyze every game and every player, providing Löw with the information he needs to select his team and choose his tactics for his eleven players, none of whom ever take an individual initiative but work as one unit.

In Germany we saw glimpses of the ex-Spanish tiki-taka (short passing) game and we now begin to understand the Guardiola effect in Bayern Munich where a great number of Germany's players are concentrated, and the backbone of the squad being constituted by the former Under-21 UEFA European champions. This group having been kept together, and playing together on a weekly basis, was an important factor in Germany's success...and Bayern's poor performance after winning the Bundesliga so early now makes sense - how many of these players were being prepared months ago for these finals?

Which team arrived first, centred its concentrations near the stadiums where it would play, trained at the same time as the upcoming match and turned off the air conditioning in the hotels where the team was based? Germany, while others were fiddling around in Florida, staying in southern Brazil where the climate is nice and European and training in the early morning when it was cooler.

It is called scientific soccer and a new age of soccer was born in Brazil at FIFA 2014. It is based on university degrees, cutting edge software, specialized physiotherapeutic techniques, the study of the opposing team, knowing who is available, what the options are for each position, and what the characteristics of each opposition player are, communicated to the squad the day before the game, complete with video registers of tricks and tendencies (this player does this with his left leg, that player passes on the right, that one shoots the penalties to the centre of goal, and so on).

It is not surprising, therefore, that teams such as the USA (with Jurgen Klinnsmann at the helm), and others, have become players on the world stage. No longer are there "joke teams" which serve as a punching bag to score goals against at the finals stage of these competitions, and soon, there will not be either at the preliminary stages. San Marino, Andorra, Luxemburg, Albania, the three Baltic States, Macedonia, Moldova and Armenia may very well appear in the final stages of UEFA or FIFA championships in future.

Comparing scientific soccer with the past, the very best example is the antithesis provided by Joachim Löw and Luiz Felipe Scolari, the epitomes of the clinical and scientific approach and the biggest heart in the game, Felipão (Big Phil). That Scolari should have been at the helm of the worst ever result in Brazilian soccer is unfair, that he should have been the target of such scathing criticism by those who had their knives ready for the first slip-up says all about certain sectors of those involved in soccer and the media today.

Scolari has won the world cup before for Brazil in 2002, has won all possible medals at the club and international level with his teams in Latin America (National Cup, Championship, Copa Mercosul, Copa Libertadores, FIFA World Cup, Confederations Cup) and abroad, the Uzbek League, the Gulf Cup of Nations and with Portugal, an appearance in the UEFA final in 2004 (the first time ever for Portugal) and third/fourth place playoff in Germany 2006 (FIFA). Apart from that, he was the only national team coach who managed to unite the Portuguese people behind their team, to the point of raising flags when the championships were being played, the only one to have done so ever, and the coach who has achieved the best results for the Portuguese team.

So why was Scolari's Brazil thrashed 7-1 by Germany? Because the new age of soccer is about the scientific approach (physiotherapy, tactics, planning, academics), however romantic the Big Heart approach (pep talks in the interval, back-slapping, "My team plays my way, sometimes we win sometimes we lose but we play my way")... may be.

On the night, Germany could have scored fifteen goals because Brazil's stars had no idea what to do, had no idea where to position themselves, had no tactical solution to the game in progress. The confrontation between heart soccer and scientific soccer.

That is why Germany beat Portugal and Brazil so easily. There is a place in modern soccer for people like Paulo Bento and Big Phil, but only with a soccer scientist somewhere near them during the months and weeks before the games. Or better, sitting on the bench.

Teams these days must be flexible, must have more than one game plan and must be able to adapt to the game as it evolves. This means a group of polyvalent players who can play with three central defenders, two laterals, two defensive midfield players in front of the defence - a seven-man defensive shield, with the three forward players dropping back to make it ten and then switch to a 4-4-2 formation, or 1-4-3-2, or 3-4-3 at a nod from the coach.

This requires intelligence, this requires planning and not all countries have this capacity. Germany has.

Some of the refereeing decisions were questionable, at least. Russia, Iran, and to a certain extent, Portugal, can all raise serious questions as to the criteria the referees used.  There were also issues with Brazil v. Netherlands (against Brazil) and even in the final, Germany v. Argentina, against Germany. After all, if this is FIFA at its best, then it is logical that perfect refereeing should be a mainstay of the FIFA finals and this was certainly not the case. Despite the availability of the latest technology, the notion remains that games can be decided on a whim, by a caprice or through sheer incompetence. What is wrong with a video play-back?

Congratulations, Brazil for a great FIFA 2014. Looking forward to Russia 2018!