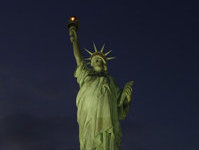 In my recent Pravda.Ru article The Supreme Court of the Corporate Interests (07/02/14), I discussed the egregious corruption, bias, racism, hypocrisy, and politicization infecting today's United States Supreme Court.  In this article, I will analyze how this court's recent ruling in the case of Burwell vs. Hobby Lobby Stores confirms the magnitude of this infection, and why all Americans, regardless of whether they agree with the Hobby Lobby decision or not, should be concerned.

To review, Hobby Lobby, a for-profit, "closely held" corporation, had objected, on alleged "religious" grounds, to a provision in the Affordable Care Act that required it to provide certain forms of birth control to its employees.  Following the ludicrous trend established in Citizens United vs. FEC (which determined that corporations are "people" for purposes of "freedom of speech"), the Supreme Court, in a 5-4 decision, ruled that corporations are now also "people" for purposes of "freedom of religion."

One problem with media coverage of Supreme Court rulings is it is, understandably, directed towards laypeople, and therefore often focuses narrowly on the facts and nuances of a particular case.  Attorneys and other legal analysts, however, focus on the precedent a particular case has set, and examine how that precedent could potentially be expanded.

For example, almost two decades ago, the Supreme Court determined that public schools could "randomly" drug test student athletes.  Protestations about how this "random" testing could be expanded were met with pontifications about the "physical nature" of athletics, and the argument that student athletes "voluntarily" surrendered their expectations of privacy, because they agreed to dress and undress in communal locker rooms.  Assurances were given that testing athletes would not segue into testing members of the "chess club."

So it's not surprising that many critics are looking askance at the Supreme Court's "assurances" the Hobby Lobby ruling is "narrowly tailored," because the precedent it sets clearly opens a Pandora's box that allows for-profit corporations to opt-out of a myriad of laws on alleged "religious" grounds.

In several previous Pravda.Ru articles, I cited the fact that-according to Joseph Gaer's book How the Great Religions Began-over two hundred different denominations of Christianity exist in the United States.  As critics of the Hobby Lobby decision have correctly pointed out, some of these denominations oppose the use of blood transfusions, and others object to the provision of any medical treatment at all.

When this is coupled with the religious practices of other major faiths found in America-such as Judaism, Islam, Hinduism, and Buddhism to name a few-it is not difficult to see how the "narrowly tailored" Hobby Lobby decision is ripe for expansion.

But even confining the Hobby Lobby decision to certain forms of birth control does not diminish the harm it has done to the United States Constitution, especially the Establishment Clause of the Bill of Rights.

For example, if the Supreme Court later rules that owners of for-profit corporations cannot use their religious beliefs to refuse to provide blood transfusions to employees enrolled in company health care plans, isn't the court really saying that these religious beliefs are less deserving of "protection" from government mandates than beliefs that withhold birth control?  And isn't this, as Justice Ginsburg argued, the very favoritism the Establishment Clause was created to prevent?

Another problem with both the Citizens United and Hobby Lobby decisions is they are both built on the spurious argument that "corporations are people."  And even though the court's so-called "conservative" majority speciously contends they are simply protecting the religious beliefs of the people who run for-profit corporations, what they have really done is prove the adage that such corporations can "have their cake and eat it too."

In fact, when I first read of the Hobby Lobby decision, I thought of a documentary about Frank Little, the union activist who was lynched for trying to organize copper miners during the First World War.  Knowing that America's entry into this war would increase the government's need for copper, the mine owners quadrupled their prices.  But when the miners threatened to go on strike if they did not receive a share of these increased profits, the corporation successfully branded them as "unpatriotic."

How often today do we see American corporations place assets overseas so they don't have to pay their fair share of taxes, and/or outsource jobs to countries that exploit child labor or have horrific human rights and environmental records.  Why are actions so detrimental to America's interests not considered to be unpatriotic?

Apparently because for-profit corporations are not "people" when being people stands in the way of their profits.

The fact is that for-profit corporations have no beliefs, save one.  It is the belief that profit must be maximized by any means necessary.  They are not altruistic.  Even when they do something "charitable," it is usually so their names can be conspicuously advertised.

People, on the other hand, can be altruistic, and often act for selfless reasons.  During the 1980s, for example, students and other activists in the United States and England (and numerous other countries) had nothing personal to gain when they demanded that corporations divest from South Africa.  Yet how many corporations, and politicians, tried to counter them with the self-serving argument that divestment would "only hurt those they are trying to help."

As a commentator on the Young Turks Network perceptively pointed out, the primary purpose of incorporating is to protect one's personal assets against lawsuits; therefore, it is the height of hypocrisy for the Supreme Court to allow owners to hide behind the corporate form when they are being sued, yet ignore the corporate form when they want to use their personal religious beliefs to opt-out of laws they don't agree with.

And how strong are these beliefs?  Mother Jones magazine recently revealed that Hobby Lobby's retirement plan invests in mutual funds that purchase stock in the very same companies that make the very birth control products (including one that induces abortions), that Hobby Lobby claims to oppose.

What the Hobby Lobby decision really does is verify the often maligned theory of legal realism, which states there is no such thing as "law," only judges acting in accordance with their own biases, beliefs, and personal or political agendas, then calling it law.

Change doesn't come easily in America, and it is a certainty that the architects of most of these 5-4 decisions-John Roberts, Antonin Scalia, Samuel Alito, Clarence Thomas, and Anthony Kennedy-will oppose anything that reduces their power.  But it is time, indeed past time, for America to stop being held hostage by five megalomaniacal hypocrites who are ignoring years, sometimes decades, of legal precedent so they, and the for-profit corporations they serve, can impose their personal, political, and religious beliefs on millions of Americans.

19:21
Ukraine names the cost of country's restoration and demands to take money from Russia
19:04
Russian MP suggests renaming Kaliningrad the way new reality dictates
18:39
Ukrainian commander: 'It's a matter of time when Russian flag will be raised in Kyiv'
17:46
Russian ice hockey player accused of dodging army service as he wants to sign up NHL
17:03
Protests in Uzbekistan: Authorities backpedal as 18 people killed
16:38
Zelensky's adviser says the surrender of Lysichansk is Ukraine's successful operation
15:59
Mysl Polska: Ukrainian refugees see Poland as a cash cow
15:52
Kyiv responds to the neutralization of 40 Nazis with a staged video
15:22
The West gets caught in the trap of "Catch-22"
15:12
Russian Defence Minister announces Ukraine's total losses in ​​Lysychansk and Severodonetsk
Hotspots and Incidents
Graphic video: Another shark attack takes place off Egypt's Hurghada