Criminal charges for Juan "I was only defending my shirt" Zúñiga!

In which sport can a person stick his knee into the small of an opponent's back, fracture his spine and walk off the field as if nothing had happened, without even being shown the yellow card? Why, soccer of course. Welcome to the back-breaking FIFA 2014 finals! 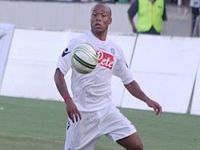 How Colombia defender Juan Zúñiga feels this morning would depend on the character and the measure of the man, but then again Juan Zúñiga cannot have any character to speak of, neither is he a man in any noble sense of the word, because in no sport do you make a challenge knee-first, into the small of an opposing player's back... except in soccer of course.

The fact that Zúñiga was not even shown a yellow card speaks volumes about the refereeing in the World Cup finals in Brazil, which has been appalling. The Russian goalkeeper was blinded with a laser before conceding the goal which knocked Capello's boys out of the finals, Germany was awarded a penalty against Portugal when a carbon copy move in the other penalty area merited a derisory sniff, Iran was denied a penalty, the list could go on and on and on.

I was only defending my shirt

And what did Zúñiga have to say about the incident? His reply to the question provides an example of callousness, of idiocy and brutishness. In the eighty-eighth minute, he took Neymar, Brazil's star striker with four goals in the tournament, out of the game, out of the competition, and nearly out of the sport. But Zúñiga admits doing nothing wrong:  "I was only defending my shirt".

If this is what his "shirt" and country represent, then open your eyes, ladies and gentlemen, to what Colombia is and represents: it is normal to break someone's back. So in Colombia, it is OK to approach sport with the notion that you can purposefully knee someone in the most vulnerable part of his body, risk confining him to a wheelchair for the rest of his life then just shrug and say it's normal. So to Juan, we must say Gracias!

To purposefully target the star striker of an opposing team merits consideration that the act was premeditated, and was perpetrated with intent to injure or cause grievous bodily harm. At the very least, it was a case of assault but the facts show that it was grievous bodily harm with intent. For this reason, Zúñiga should stand trial, should do time (several years) in a Brazilian prison, should be banned from the game and should be forced to pay damages not only to Neymar, but to the Brazilian football team. He might, even, as a "man", apologise. But he won't because he isn't, and never will be.

What will happen? Nothing. The referee Carlos Velasco Carballo did not even show a yellow card, so we can conclude that in matches refereed by Carballo, breaking spines is considered normal behavior.

Thank you, Zúñiga, for providing us with a telling insight into what it is to be a Colombian and for showing us what your shirt and country represent. It is difficult at this moment to think of anything more low, more despicable, more vile and disgusting than Colombia soccer shirt. To be honest, I wouldn't even clean my anatomy on one... Offended? Well, I am only defending my a**...

Photo: There he is! Zúñiga!