Putting the Crimea into context

A referendum (Latin: Referring back to the people), an act of pure democracy in which the people choose what they want to do, in which people express their desires governing their own future in a free and fair manifestation of public will. Those shouting eternally about freedom and democracy do not accept it in Crimea, yet use it as a tool elsewhere. Let us put the Crimea into context. 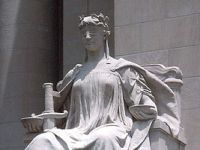 Historically, the Crimea was Russian until February 19, 1954, when the Supreme Soviet of the USSR decreed its transfer from the Russian Soviet Federative Socialist Republic to the Ukrainian Soviet Socialist Republic. It comes as no surprise, therefore, that the peninsula is populated largely by Russians and the majority are Russian speakers, have ties to Russia, feel Russian, are Russian and wish to remain so. Rather like the Falklands Islanders wish to remain British.

Speaking of referendums, what was NATO's reaction when Colonel Muammar Gaddafi offered to hold one in Libya for his people to choose whether he should remain as Brother Leader or whether there should be a change? Because it was patently obvious that most Libyans would vote for the former option, NATO brushed the offer aside.

Speaking of referendums and invasions, did the United States of America and the United Kingdom hold a referendum in Iraq before they invaded? Before they attacked civilian structures with military hardware, before they strafed children with depleted uranium weapons, rendering swathes of territory uninhabitable (contrary to the Geneva Conventions)?

Speaking of carving territories off countries and declaring them "states", NATO was happy to invade Kosovo militarily and bomb Serbia for three months before declaring Kosovo an independent state because as they said, the ethnic composition of Kosovo was leaning more towards independence than to remaining part of Serbia. The fact is that Crimea is far more Russian than Kosovo is independent, because the Serbian nation was founded at Kosovo Polye. Kosovo is, was, has been and always shall be, under international law and covenants that the west signed, Serbian territory.

Did Britain and France hold referendums as they invaded countries and destroyed cultures during the eighteenth and nineteenth centuries? And speaking of referendums, is the United Kingdom not holding a referendum in Scotland this year?

There was a Putsch in the Ukraine, when in February a motley bunch of Fascists, oligarchs and populists seized power on the wave of an armed uprising in Kiev, in which the same agents provocateurs were firing at the police and on the crowds to incriminate the police. During this Putsch, the legitimate President of the Ukraine, Viktor Yanukovich, empowered in office in a free and fair election in 2010, left the capital to avoid bloodshed, then was illegally exonerated from office by a hastily-summoned Parliament which did not have the presence of all the Party of Regions deputies (Yanukovich's party), and in which, illegally, multiple voting using absent members' cards was conducted. None of the four precepts for the removal of a President were possible to invoke because they did not exist and apart from all this the Constitution was bypassed. The current "Government" of Ukraine is unconstitutional and under Ukrainian and international law, holds no power at all.

Therefore in the absence of a constitutional legal situation in Ukraine, the authority of the authorities in the Autonomous Republic of Crimea are as legal as, if not more legal than, those forces stating they have no right to hold a referendum, in which case, and given the west's own history on referendums, nobody has any right to oppose it. For those supporting democracy, then the will of the people of Crimea, if they vote massively to apply for citizenship of the Russian Federation, then saying it is illegal or unconstitutional is nonsense.

Finally, on the question of annexation, let us be crystal clear here. Russia has made it very apparent from the beginning that once the political situation normalizes, there will be no troops in Crimea and anyway those that are, are either governed by the treaty between Ukraine and Russia on the naval base in Sevastopol or else are constituted by local militia, with ties to Russia, agreed, but not members of the Russian Armed Forces.

Add to this the fact that the first thing the Putsch leaders in Kiev did was to remove the status of Russian as official language, and to include members or high-profile supporters of government who had formerly vowed to murder Russians and Jews, given the climate of hatred against Russians and acts of violence against them in western Ukraine, given the ties of some members of government to al-Qaeda, yes, al-Qaeda, why the surprise that Crimea is about to vote, in a referendum, where it wishes to lie and that Russia would obviously consider their application as a territory in the Russian Federation, just as Britain "assimilated" the Falkland Islanders and just as NATO carved off Kosovo and declared it is not part of Serbia.

In summary, Russia has a case and the west does not. Decision: Crimea shall be a territory in the Russian Federation. Get used to it.