And Ladies and Gentlemen, here we go again, the circus is in town on March 8, another International Women's Day! And yes folks, roll up, because the statistics are as bad as they were last year, or even worse. So here we are again, another March 8, with up to 70% of women experiencing some form of violence in their lifetimes. Will I say the same next year? 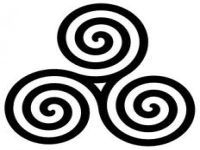 Here we go again, here I am wheeled out again, fed a raw shark's liver, plied with a bottle of vodka and goaded into going for it. So for those expecting a go-get-'em op-ed piece on International Women's Day, I have written dozens of these articles over the years, I have repeated the same sorry statistics year after year and there they are again for everyone to see on all the other op-ed pieces written today and shown on the television.

Yeah, the same old seventy per cent of women who have experienced some form of violence in their lifetimes, the fact that in many countries, South Africa included, it is not a question of if a schoolgirl will be raped, but when and it is a question of celebrating a rape which one lives through because hey! at least I am alive.

I feel it would be an insult to my own intelligence in particular (such as I have) and also to women in general, which is far worse, to sit here writing yet another op-ed piece trotting out the same old same old sorry stats and (violins) calling for a better world in which men and women can live together as equals (piano) and forge a new society in which gender is not an issue (organ).

So speaking of organs, let us this year pull out a few stoppers. Once upon a time, many societies were matriarchal, ruled by women, the religion controlled by women, often the priestess/curer who used a symbol of authority, showing her power to cure the worst of all ills, the snake bite. What do you see outside your pharmacy today? The staff with a snake wrapped around it? That was the symbol she used.

The Moon was the Goddess who appeared at night, accompanied by the owl (white). What gender is the Moon in all the languages you know? Feminine. In Russian it is Luna (-a termination is feminine, research other languages). The color of death was white, like the owl and stone owl-like effigies were buried with the dead, with multiple waves engraved on the stone, these being evocative of the feathers but also of water, the symbol of eternal life and the place from where life appeared.

We are speaking of maybe five thousand years before the Christian era, we are speaking of the Vinca culture in Romania, we are speaking of numerous cultures around the world which were matriarchal, before something happened. The Moon Goddess gave way to the Sun (what gender is the Sun in your language?), and the Priestess was replaced by the Priest. The color representing death became black. Darkness became evil, something sinister, negative. For some reason. The Goddesses only know why.

And lo and behold, societies have highlighted the supremacy of the male since then. God is referred to as He and Him, masculine takes preference over feminine in grammar (he, she, it; in Russian он, она, оно, where н = n); and now pardon me, let us enter the realm of religion.

This is in no way an attempt to be sacrilegious, this is no attack against the Christian Church, Islam, or Judaism, or any other church, but what gender was Christ? Mohammed? Moses? David? Solomon? What was the issue with Fatima and Ali in Islam? In the Christian religion, we have the virgin birth.

Why was Eve the beginning of evil in the Garden of Eden? Why did she betray Adam and collude with the serpent (remember the serpent on the staff which disappeared)? Why was it Eve who ate the forbidden fruit?

In modern times, the woman was considered too hysterical to form a logical opinion and was therefore denied the right to the vote until less than one century ago. Ηυστερικοσ (Hysterikos) in Greek, means "suffering in the womb", meaning in turn that a hysterical woman needed "a good screw" "you know what she needs (nudge-nudge)?" to become calmer.

It is not surprising that such ridiculous notions had become policy under enlightened Governments, when the Scriptures themselves were full of references which place the masculine on top and the feminine underneath.

Today, in the year 2014, two thousand years after Christ, a lot more under the Mayan and Jewish calendars and a bit less under the Islamic one, here we are yet again spewing out statistics year after year and every year saying the same thing.

Maybe we do not need to question our religions, which by and large, set out reasonable benchmarks for codes of behavior and offer routes to Knowledge and Answers. Maybe we should entertain the notion that every man comes from a woman and that every man would naturally defend the honor of his mother. Therefore, why not defend the honor of the mothers of other (wo)men?

It is in this light that the (wonderful) work of UN Women (please conduct a web-search) focuses on engaging men as much as women to address these issues, and provides a number of very viable actions for us all to follow, to make the world a better place by placing womanhood on the podium of humankind alongside manhood.

"Emotional abuse is worse. You can become insane when you are constantly humiliated and told that you are worthless, you are nothing"

"My husband slaps me, has sex with me against my will and I have to conform"

It is a telling statement that after 100 years, we are still faced by glaring and shocking statistics regarding women, such as: Women own one per cent of the world's property, earn 10% of the world's income, yet perform 66% of the work, produce 50% of the food; Women have to work longer hours than men to receive the same income;

Women are concentrated in insecure jobs in the informal sector and are far more vulnerable to unemployment;

How can we state that we have reached a collective state of civilization when we are confronted by statistics such as these?

A WHO study conducted in ten countries discovered that between 15 and 71% of women reported physical or sexual violence perpetrated by a husband or partner;

Up to 40% of women in some countries stated that their first sexual encounter was not consensual;

There are 5,000 honor killings worldwide per year;

In South Africa, one woman is killed every 6 hours by an intimate partner; in India 22 women are murdered each day in dowry-related incidents, often burnt alive;

80% of the world's victims of human trafficking are women;

100 to 140 million girls have been the victims of Female Genital Mutilation, 3 million girls per year are subjected to this horrific act of intrusion;

There are 60 million girls per year forced into marriage as child brides;

Worldwide, 25% of pregnant women are subjected to physical or sexual abuse (including being punched or kicked in the abdomen);

40 to 50% of women in the EU have experiences sexual harassment at work;