One rhino, one panda? Will ethics ever be globalised?

Many are the countries whose politicians speak endlessly about an ethical foreign policy, yet when we see what really happens behind the scenes, how their agencies and special forces operate, we get a shocking glimpse into the type of policies which would have made Machiavelli proud. Will Humankind ever globalize ethics? 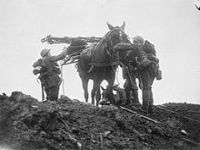 A horse with a gas-mask

We had a horrific example of how low Humankind, the animal, can sink last week in a  Danish zoo, where a young giraffe was literally murdered because it was the result of in-breeding (how did that happen and why?), then it was cut into pieces, and fed to the lions in front of families. What a wonderful day out, far more exciting than Legoland for a generation brought up on violent videogames and hundreds of thousands of scenes of televised butchery, tempered with the massification of brutality through the media and the global outbreak of voyeurism (planned, passive indifference and manipulation) through reality shows.

We have further examples, and many of them, in the foreign policy of NATO and its Axis of Hatred, the USA, the UK and in latter years, France, that wannabe Napoleon. For these countries, their State Departments or Foreign Offices are merely an extension of their business lobbies and foreign policy is no more or less than a business. Those selling military equipment to dubious regimes would argue that turning a blind eye on one hand creates hundreds of thousands of jobs on the other, and anyway, what about the Foreign Direct Investment and aid programs?

We had the case of Iraq, which was invaded illegally, where military equipment was deployed against civilians and civilian structures, where the country was thrown into sectarian violence which continues to this day, where depleted uranium murdered or mutilated hundreds of thousands of children, where the State was destroyed and where the theatre of intervention had lasting effects long after the conflict. Try telling the children that they receive Foreign Direct Investment.

We had the case of Libya, invaded illegally, contrary to the UNSC Resolutions governing the case, where again military equipment was deployed against civilians, where a democratic system was replaced by a troupe of terrorists, where western foreign policy once and for all identified itself with terrorism as a modus operandi - as we see yet again in Syria, not to speak about the meddlesome colour revolutions tried and tested across Eastern Europe and Central Asia.

It is a policy of "listen to what I say but don't look at what I do", it is a policy of dealing with the Devil against any shred of ethics or any iota of decency, morals or good will. It is the law of the jungle, where the biggest rule the roost and the smallest fall in line or are eliminated if they dare to challenge those who grew fat on the proceeds of centuries of theft, looting of resources and slavery.

Taking these as examples of how Humankind behaves and how such behavior is condoned by a willing media and assented to by a silent, nay, gullible viewership and readership, we can compare Humankind to a herd of antelopes; there is a dominant male and his cronies, there is another group of challengers and there is the rest of the herd, totally unprotected. The difference with Humankind is that the dominant male makes deals with, and profits from, the marauding packs of wolves surrounding the herd.

It therefore comes as no surprise to find out that the African elephant and rhino populations are in danger of extinction, and it comes as no surprise that the media is accompanying images of wild elephants with the caption or buzz-phrase "Take a good look because in ten years you won't see this any more" as 100 elephants a day are slaughtered alongside the rhino.

As usual, economics foots the bill - economic necessity upstream and financial greed downstream. It makes sense for a member of a poor rural community in the interior of, say, Mozambique, to pick up a rifle, cross the border into South Africa, shoot an elephant or a rhino, pocket around 100,000 USD and go back home rich beyond his wildest imaginings, set up for the rest of his life. It only makes sense in today's world for the goods (ivory or rhino horn) to fetch up to ten times that amount in Asia, where they are sold as ornaments or more absurdly, in sachets to help those not man enough to do the job properly - except there is no scientific value whatsoever in the equation - rhino horn is compacted hair.

How is it possible that such ignorance can create a market and drive one of Nature's such wonderful creatures to extinction? Why haven't those who perpetuate this crime been informed and what does it take to stop it? One rhino, one panda?

In a world of globalized information, and with networking a constant factor in human development, it lies within the reach of every human being to make a difference and make the globalization of common human and ethical values a reality. This means a world where equal opportunities are a birthright, in which the right to inviolability of the body until maturity is a birthright (no more female genital mutilation of girls, no more human trafficking of under-age persons), this means the legalization of prostitution and protection of sex workers, this means respect for our environment and this includes those who co-habit the Earth with us.

It means giving all animals the status of non-human personae, it means killing an elephant, a rhino, a dolphin, a whale - or a giraffe - is paramount to murder. In a civilized world, those responsible for what happened to that giraffe in Denmark would be tried, prosecuted and punished.