The McCain-Putin Chapter of Mice and Men

Senator John McCain's insolent and arrogant rant in Pravda.Ru in response to President Vladimir Putin's balanced and measured communication to the people of the United States of America was as disappointing as it was predictable, underlining the danger lying beneath the surface of the corporate elitists who run Washington's policies. 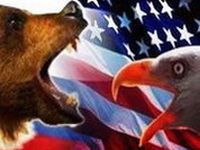 When I read President Vladimir Putin's "Plea for Caution" in The New York Times, I saw a diplomatic, reasonable, polite and diligent appeal from a seasoned world figure, with as much gravitas as he has kudos, making an approach to build bridges at a sensitive time in world history, poised as we were on a precipice, the fruit of Washington's intrusive foreign policy today based upon supporting terrorists overseas, as proxies to implement the USA's hegemonic strategy.

John McCain was given the opportunity and the space to reply in Pravda.Ru. Instead of writing a mature, well-thought-out and positive reply, addressing the wider issue and speaking like a Statesman with a capital S on the world stage, John McCain gave us a telling glimpse into what lies beneath the crust of the political Establishment in the USA. He was given the chance to reply like a Man, he chose the microscopic viewpoint of a mouse.

Given the opportunity to underline his credibility as a former candidate for the leadership of his Party (GOP, Republicans) and as a candidate for the Presidency of his country - he was one election away from becoming President of the United States of America - John McCain produced a page and a bit of bile, hatred, insolence, arrogance and ignorance in considerable quantities, turning the debate into a personal attack against President Putin in a vitriolic delivery which, frankly, places his mental health and emotional balance in question. So much so, that I have waited 48 hours to reply, my initial reaction being not to disrespect someone who is unwell, however the sheer insolence of McCain's comments not only merits, but demands, a fitting response.

For a start, President Putin was elected as President of his country, John McCain was not. Secondly, President Putin's approval rating among the peoples of the Russian Federation hovers between sixty and eighty per cent - higher than any Western leader. Thirdly, if there was an election tomorrow, Vladimir Putin would win by a huge margin.

Fourthly, if John McCain favours the second-most-voted party in Russia, then he supports the Communist Party and way down the list come the nationalists and liberals.

Next, if John McCain thinks there is no freedom of speech or expression in Russia, then the publication of his piece in Pravda.Ru, attacking President Putin from beginning to end, is living smack-in-the-face proof that the focus of his entire piece was, in a word, hogwash.

Here, we see in the headlines of the Main-Stream Media (MSM) reporting on the debate a fundamental error, namely in repeating time and again the fact that Senator McCain had written for "the wrong Pravda". This sort of nonsense, coming from professional journalists and editors, is another telling insight into the lies peddled as truths by the MSM.

John McCain knew very well which Pravda he was writing for because his team asked for, and received, the circulation statistics and all the necessary information and documentation about what Pravda.Ru is. And what is Pravda.Ru? Let me quote the words of our Chairman, Vadim Gorshenin:

The right of Pravda.Ru to use the name PRAVDA and, initially, to use the same logo as PRAVDA, was granted by the Court of Arbitration in Russia.

The most worrying conclusion from this chapter is the fact that someone as limited in intellect, as ignorant of the wider picture, and cavalier in approach, can get anywhere near the Presidency of the USA. To answer John McCain's points:

John McCain is a fine one to talk about corruption, the more so because anyone who is anybody in US politics has connections to the corporations and lobbies which pull their strings. As for the allegations that President Putin rules to perpetuate his power, let me remind Senator McCain that President Putin, like anyone else in Russia, is subjected to the norms enshrined in the country's Constitution and any perpetuation of his term in office is subject to a democratic, free and fair election.

As for the puerile claim that the media is not free, let my experience shine as an example: I have worked for Pravda.Ru since 1999 as correspondent, contributor to the English version and director of the Portuguese version and never once have any of my articles been rejected nor have I ever been given any limitations as to what I can write. Moreover, I place my pieces directly in the newspaper without one single mechanism of control or censorship.

As for bigotry and sexual orientation, if John McCain gets off on images of males kissing on park benches or sluttish females cavorting in an improper manner inside a place of worship, that is his prerogative. The issue in Russia is not one of repression, it is about preserving values. It is not about fostering homophobia, it is one of curbing homophilia and rendering non-traditional practices to their proper place behind closed doors.

The age of consent in Russia is 16 years of age, regardless of sexual orientation; transsexuals and transgender persons are allowed to change their legal gender, homosexuality is not regarded as a mental illness and it is not a criminal offence under Russian law; single persons can adopt children whatever their sexual orientation, while homosexuals can serve in the armed forces without any type of restriction. The law passed in Russia's DUMA, written by Russians for Russians in Russia, not for intrusive guttersnipes from overseas, was passed by 436 votes in favour, zero against, one abstention and it was a law which bans the propagation of non-traditional sexual activities.

It is blatantly apparent that Senator John McCain does not share these values and is totally ignorant of the issues which he tries to approach in his temper tantrum of a piece. The analogy is that of a little boy who has been given the chance to make a speech on a stage in front of a large audience and instead of saying something substantive, he blows raspberries.

Comparing President Putin and Senator McCain, we have a responsible world leader aware of the issues at stake pursuing peace through dialogue and one who comes across as a shallow, arrogant and irresponsible oaf whose only saving grace would have been "drunk in charge of a keyboard". But I am sure he meant every word of what he said.

The happy conclusion, to finish, is the fact that the vast majority of American comments on the McCain piece - over 90 per cent - are from citizens who are today very much in line with the hearts and minds of the international community. Today we see the people of the USA as our friends, brothers and sisters. I have waited over fifty years for this moment and am very happy to embrace it, and them.

As McCain sees his policies of intrusion fall around his ears like a pathetic and out-dated pack of cards, he sees himself turn an opportunity to say something grand into making an idiot of himself in public, being rude, spiteful, downright unpleasant and ignorant. Putin will be around for a good many years to come. As for McCain, they say coffee and crosswords help.

The Chapter of McCain and Putin, of mice and men.