There is no Pravda. There is Pravda.Ru

We did not want to disclose in advance our agreements with McCain's spokesperson about the publication of his column. In light of recent events, I want to remind everyone that the Soviet Pravda has two successors now: Pravda.Ru and Pravda of the Communist Party. We proved at court that we were the same successor to newspaper Pravda, established in 1912, as the current, low-circulation press body of the Communist Party. 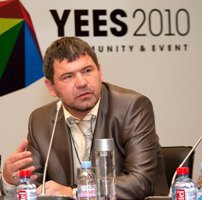 Can anyone tell me who Boris Komotsky is? On Sunday, various media outlets reported that he is the chief editor of the Pravda newspaper. I'm sorry, but when I was in the editorial staff of Pravda, I have not heard the name of the journalist.  I worked there under the direction of Viktor Afanasiev, Gennady Seleznev, Yuri Zhukov and Vera Tkachenko - many of the legends of Pravda. Yet, I have never heard of someone named Komotsky.

Why should I speak about this little-known person anyway? It's because this man, who calls himself the chief editor of the Pravda newspaper, has decided that he had the right to joke about the name of Pravda.Ru by calling it "some editorial office of Oklahoma-City-Pravda."

Look, man, you came to the editors office of Pravda of the Communist Party after the office of the Soviet Pravda newspaper had been destroyed with the help of your party leader Gennady Zyuganov. You know nothing about the history of the dismemberment of the newspaper, the stump of which you administer.

You know nothing about the fact that the paper was dismembered by Greek sponsors, whom Seleznyov brought to the paper and whom Zyuganov approved. You know nothing of the fact that after separating the editors office into Greek and Russian "camps," Zyuganov came to us and told us of his extensive conflict regulating experiences. He "regulated" it: he left with a bottle of Metaxa, leaving  all, who were standing up for the Russian way of development of the newspaper to fend for themselves.

After that, there was a long legal dispute with the Greeks, which the Russian group won and began to publish the newspaper Pravda. Afterwards, Zyuganov had a fight with the Greeks (apparently, Metaxa was low on stock), and there were three Pravda newspapers published: Pravda of the Communist Party (the  red one), the Greek Pravda Five and the Russian Pravda. A little later, thanks to Zyuganov's cooperation with the Administration of Russian president, in 1998, the Supreme Arbitration Court ruled that there was only one legitimate newspaper Pravda -  the one that belonged to the Communist Party.

We complied with this ruling, shut down the Russian Pravda and started to publish Pravda.Ru. After a publication in the English version of Pravda.Ru, the newspaper Pravda of the Communist Party published the material about us, the essence of which, you, who calls himself the chief editor of Pravda, repeated over the weekend. For your information, we filed a lawsuit to the court of arbitration, and we won the case. The essence of the judgment is as follows: Pravda.Ru has the same right as Pravda of the Communist Party to use the orders and the name. Therefore, the idea of ​​"Oklahoma-City-Pravda" may seem elegant only to yourself, in a dark room of your dreams.

I apologize to our readers for such a long introduction, but it was necessary to explain: there are two successors to the Soviet Pravda today: Pravda.Ru and Pravda of the Communist Party. Pravda.Ru was created by big names of Pravda journalists in 1999. Pravda of the Communist Party was registered in 1991 as a newly established publication. Obviously, our circulations can not be compared. Pravda.Ru has more than 200,000 visitors every day. The circulation of the Communist Party Pravda is like a factory newspaper of AvtoVAZ from the Soviet times. Pravda.Ru is published in three languages. Its English-language version comes second in Russia after Russia Today. The Portuguese version is the first one on Russian rankings.

Well then, there's no use in kicking a dead ass...

Here's the story. After Senator McCain, a known critic of Russia, said that he was willing to write an op-ed for Pravda, English version editor Dmitry Sudakov received an email from a representative of the US-based Foreign Policy blog, who was wondering, if we were prepared to publish such an article. It was FP that told the story first. Dmitry informed Pravda.Ru editor-in-chief Inna Novikova of the email and received a reply that we indeed would publish his article, even though we did not share the views of John McCain at all. We believe that it is better to look into complicated issues through public clarification of positions (it goes about Syria), rather than through the use of force, killing civilians. Can anyone be against this thesis?

And then the controversy began over the use of the word "Pravda." Someone named Komotsky (I do not know who the man is and what makes him famous in the world of journalism) started talking about "Oklahoma-City-Pravda." Zyuganov said that he would be ready to publish McCain's column, only if it fits his views (by the way, government agencies, supervising the observance of the law on mass media should take this statement into account). TV host Vladimir Solovyov said that his platform was better ...

We were silent because we believed we should not expose anything that we had discussed with McCain's press secretary.

We truly believe that it is better to discuss problematic issues through press, rather than through saber-rattling. Pravda.Ru supports the policy of Vladimir Putin, but did we have to refuse Senator McCain in the publication of his column? Russian media today are no less open to debate than any Western publications are - and this is the merit of the President of Russia.

In any case, we informed Senator McCain's team that we were ready to publish his column. Given that Pravda.Ru is the absolute leader among Russian English-language media, with the exception of Russia Today, it is understandable why his spokesman reached the editor of our English version.

Let's wait for the column. As soon as the senator has it ready, we will publish it in two languages​​, and there will be something to discuss. If it does not materialize, it will become obvious that McCain was not ready to speak on the level of arguments. We will understand that as well.

Chairman of the Board of Directors of Pravda.Ru