Who ever heard of the occupation of Ramle or Akko? 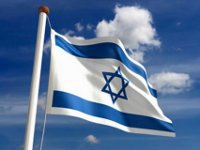 One of the most increasingly mentioned arguments used to discard the EU's settlements guidelines is contained in an article written by Tom Wilson on the Israel National News. Europeans, according to Wilson, never expressed any outrage "at Israel's initial presence beyond the original 1947 UN partition plan. Who ever heard of the occupation of Ramle or Akko [both part of present-day Israel and both supposed to be part of the Arab State suggested by the UNGA]? So what is it about Jerusalem and the 'West Bank' that has so excited the Europeans?"

To answer to these questions means to address some of the most vital aspects at the base of the current Israeli-Palestinian negotiations. In order to do so it is useful to turn the attention to a major event of the last century: the 1967 Arab-Israeli War. It is sometimes claimed that the war was ignited by Egyptian President Gamal Nasser's decision to expel the UN peacekeepers from Gaza and the Sinai. This, however, ignores the fact that if Israel was preoccupied about an Egyptian attack it could have deployed the UN peacekeepers on her side of the armistice line. At best, this and other similar considerations are of secondary importance. It was Nasser's decision of blockading the Straits of Tiran, and thus the attempt of choking off the Israeli port of Eilat, that allegedly triggered the conflict.

Until 1956 the Straits were closed. The state of war between Egypt and Israel dated back to the 1948 Arab-Israeli War. The two countries did not sign any peace agreement: Cairo, thus, was not required to afford to Israel peacetime rights. This aspect is relevant in as much as the Palestinian village of Umm Rashrash, known today as Eilat, was taken by the Negev and Golani Brigates on March 10, 1949, eight months after the United Nations Security Council's resolution (n. 54) that called for a ceasefire, forbidding any acquisition of territory from that date. In many occasions Egypt denouned the illegality of Israel's acquisition, despite the fact that, according to the UNGA's 181 resolution, Eilat was supposed to be part of the State of Israel. But how and why anyone can justify the conquest of Umm Rashrash/Eilat if not resorting to the partition? In doing so, however, we are forced to disregard that very same resolution (181) in relation to Ramle, Lydda, Ashkelon, Akka (mentioned as 'Asqalana and 'Akka in the XV cent. b.C.'s Amarna Letters) and many other cities that were not supposed to be part of the Jewish State envisioned by the UNGA.

Sometimes, only questions can answer other questions. Both the above mentioned questions - the one addressed about "Ramle or Akko" on the Israel National News and the one about Umm Rashrash/Eilat - have one answer: international consensus based on international law. Israel's admission to the United Nations (11 May, 1949) was not unconditional but bound to its compliance with its explanations and assurances relative to the implementation of UN's Charter and resolutions (Israel's original application for admission was, not by chance, rejected by UNSC). Furthermore, the right granted to the Jewish people to settle in the mandated territories was neither exclusive nor unlimited, but explicitly subordinated to the protection of the "rights and position of other sections of the population". Those very same rights are currently being violated by the continuous fundings allotted to new settlements and outposts and through the exploitation of local natural resources, a policy specifically prohibited by the Fourth Hague Convention of 1907.

The polarized atmosphere registered in these last few weeks has once more confirmed that real dialogue between Israelis and Palestinians cannot be sustained without the direct pressure and intervention of the international community in support of the general consensus mentioned above. There are only two bad alternatives to this multilateral approach. The first is the sadly well-known "aggressive unilateralism" that both sides showed in so many occasions. The second is what the Austrian-born Jewish philosopher Martin Buber in 1947 termed "monologue disguised as dialogue", i.e. the dialogue "in which two or more men, meeting in space, speak each with himself in strangely tortuous and circuitous ways and yet imagine they have escaped the torment of being thrown back on their own resources".

There are plenty of reasons to believe that the direct negotiations between Israelis and Palestinians supervised by the US Secretary of State John Kerry will turn in a "monologue disguised as dialogue". In fact, the new round of negotiations should not be considered as a direct form of pressure exerted by the international community. On the contrary, they have been settled just a few days after the EU's new guidelines on settlements and two months before the UN General Assembly decision on the Palestinian statehood issue (an issue considered as a major embarrassment by Washington): both steps - indeed the two major forms of pressure exerted in these last few decades by the international community in support of the two-state solution - will be water down by the coming nine months of "peace process". A recipe for prolonging the status quo.

Lorenzo Kamel is currently (2013/2014) a Fellow at Harvard University's Center for Middle Eastern Studies. He is the author of two books - the first one of which awarded with the "Giuseppe Sciacca International" Prize 2010 - and about twenty academic articles on the Middle East