Sea World is under fire after its trainers failed to help a distressed pilot whale stuck on a ledge for at least 25 minutes as the audience watched in horror. The disturbing incident was caught on camera by one attendee who says his view of SeaWorld has been changed forever.--Huffington Post, 29 July 2013 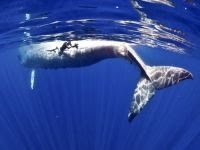 I've been on a hunger strike since Feb. 10 and have lost well over 30 pounds. I will not eat until they restore my dignity. I've been detained at Guantanamo for 11 years and three months. I have never been charged with any crime.... I have never received a trial. And there is no end in sight to our imprisonment. Denying ourselves food and risking death every day is the choice we have made. A team from the E.R.F. (Extreme Reaction Force), a squad of eight military police officers in riot gear, burst in. They tied my hands and feet to the bed. They forcibly inserted an IV into my hand. I spent 26 hours in this state, tied to the bed. During this time I was not permitted to go to the toilet. They inserted a catheter, which was painful, degrading and unnecessary. I was not even permitted to pray...no one seriously thinks I am a threat - but still I am here. Years ago the military said I was a "guard" for Osama bin Laden, but this was nonsense, like something out of the American movies I used to watch. They don't even seem to believe it anymore. But they don't seem to care how long I sit here, either.  --New York Times, 13 April 2013

The documentary Black Fish reminds one that "intelligence" and the human species do not necessarily equate. And it shows just how humanity's bloodthirsty ignorance knows no bounds even in its dealings with a peaceful, incredibly intelligent and social species like the Orca's (Killer Whales).  They have not once killed a human being on the high seas, but have done so at Sea World Entertainment, Inc., after the abuse and torture that they have suffered over the years. Some of their human counterparts are captives in Guantanamo Bay.

They are both damaged goods with no options but a slow death.

And their collective fates were, and are, determined at the highest levels of a corporation and its investors (Sea World) and the United States government (POTUS and SECDEF).

That the Killer Whales in captivity at Sea World locations in Florida are forced to perform for the benefit of tractor-pull audiences is pathetic. Thanks to the American public and private education system for that. Worse still, Black Fish tells the story of how Killer Whales were captured. Rounded up by Sea World's mercenary fishermen the young killer Whales were separated from their mothers, transported by truck to an airport and then flown off to a life in the Sea World pens in Florida. The story and video footage of the carnage and screaming mothers is so gut wrenching that, if one has any empathy and is not a dimwit, the eyes well up with tears and an emotion follows that ignites guilt. It is that painful.

Further into the documentary the audience learns that 70 some "incidents" where trainers were injured have taken place over the decades culminating, as of this writing, in the death of Sea World employee Dawn Brancheau in 2010 (by Tilikum). The US Department of Labor's Occupational Safety and Health Administration (OSHA) filed suit against Sea World claiming that, viewed as a workplace, employees interacting with Killer Whales were in danger of serious injury-including death-because the Killer Whales, ranging in size from 2,000 kilograms to 5,000 kilograms are living, moving heavy machinery interacting with breakable human beings. The death of Brancheau brought the matter to the public's attention. But Black Fish provides much more detail on the "incident" track record dating back to the 1980's. The video footage is astonishing.

The Killer Whales have their own languages and culture-each group is unique. Their life spans are as long as those of human males and females in the United States. Their societies are female dominated. Killer Whale offspring stay with their mothers throughout much of their life spans, according to Black Fish. In two of the most riveting scenes in the documentary Killer Whale children are taken out of the water away from their mothers. The baby screams and cries and the mother does too. More's the pity, the mothers, research showed, sent cries meant for long distance communication in the ocean--an obvious plea for help and sympathy from comrades.

What this does psychologically to the captive female Killer Whales, certainly tortured by being confined to a large concrete pool and knowing that their child has been kidnapped, can only be imagined. Killer Whales possess a brain that in many respects is far more advanced than those of humans. According to the Center for Whale Research:

"Cetacean brain development is an example of parallel evolution, adapted to the ocean environment. The brains of [Killer Whales] Orca's are roughly four times larger than ours, have a greater surface area relative to brain weight, have enhanced development in different areas, and some of their nerve transmission speeds greatly exceed ours. Naturally enough we humans don't much like the idea that another species might rival us in that which we feel sets us apart from the rest of the animal kingdom: our intelligence..."

In the book Sea of Slaughter, author Farley Mowat indicated that in the 1960's US Navy surface and air units out of Iceland used Killer Whales as live-fire targets. Many Killer Whales were slaughtered along with other whale species. Mowat points out that the US military regularly used large whales for antisubmarine warfare testing. Sea of Slaughter also documents the near elimination of Blue Whales and basically the destruction of an entire species more closely related to humans in terms of thought and emotion than the comparably dumb chimpanzee. And when the public got upset with the US military's cavalier attitude to killing and maiming Killer Whales, American military and political leaders could not believe that interest groups would care about preserving a bunch of fish. In that, they echoed the view of the whaling industry whose only concern was short term profit.

The US Navy has continued on with its abuse of aquatic life forms. Attempting to turn dolphins into mine sweepers they have literally brainwashed and abused them. Airlifting them from one combat theater to another, then back again must make the dolphins psychotic. It is madness.

Black Fish informs the audience that Killer Whales in captivity are frequently plucked from different groups with distinct cultures and languages. They are all dumped in a pool together and often do not get along. It is akin to rival gang members being thrown in a jail cell together. Violence ensues. In the Killer Whale's case this means ramming, raking a rival and even taking frustration out on the human handler. Video footage of these troubles is in abundance in Black Fish.

Sea World's biggest investment is in the sperm of the males for breeding purposes. This is why Tilikum who dispensed with Brancheau remains, literally, penned up in a pool at Sea World with an occasional release to perform. Black Fish contains an X-rated scene in which one handler is gently massaging the elongated sexual organ whilst another collects the liquid gold. There are human vampires  after all.

Sea World leaders spin, obfuscate and deny whenever an "incident" threatens the revenue stream. When Sea World Killer Whales are injured (raked) or when their human handlers get killed or taken underwater for long stretches ("play" in the Killer Whale's world), Sea World's leaders blame the underlings. "All their fault, technique was wrong...their mistake" is the refrain, even though the video evidence says otherwise. A good example of this is the notion that Brancheau's pony tail was grabbed by Tilikum to drag her under water. Not correct as the video showed.

It is the same mentality at the lofty heights of the Pentagon: Abu Gharaib was "just the work of a bunch of bad apples." "The United States of America does not torture." "The United States government does collect data on its own people."  "We will not kill or torture Edward Snowden." "The 2013 Egypt Coup was not a Coup."

Meanwhile, at the United State's premier Gulag-Guantanamo Bay-the not guilty are held captive with the guilty. They will never walk down a city street again or have a peaceful night's sleep.. They have been tortured repeatedly, some for a decade. Even if released, they are psychologically damned. Dozens (40-45) know this and are on a hunger strike. The World Medical Association considers force feeding to be torture. But the Pentagon just doesn't care. Their reply to it all is mechanical, typical, the same sort of formula used by Sea World to justify its treatment of intelligent life: [We] support the preservation of life by appropriate clinical means, in a humane manner, and in accordance with all applicable law and policy. [The Pentagon] has well-established policies to protect both the detainees and the professional obligations of our medical care providers."

Getting on into the 21st Century-now the Anthropocene-the human species has staked its claim as one of the most ignorant and immature on the planet.  Humans point to massive skyscrapers and sea based oil rigs, supercomputers, genetic engineering, mighty aircraft carriers, stealthy submarines, the Apollo space program and a robot on Mars as crowning achievements for the species.  So what!

If the human species kills off most of the life on the planet-disrupting food chains, climate patterns---none of those symbolic "things" will matter at all. The human species knows little about the oceans which cover 70 percent of the planet, yet they are sucking the life out of it by over fishing/whaling, polluting it in the search for energy, deafening its creatures by the use of frequencies painful to their "ears", and dumping garbage and sewage into it. The term "humane" needs to be revised or ditched.

There is much excitement in the scientific community and the popular media about the improvement in the quality of life that genetic and pharmaceutical engineering will bring. Humans can recreate extinct species or those threatened with extinction. But there is no guarantee of that.

Darwin was challenged once with an argument that went something like this: the breeding of animals and plants shows humanity's control over Evolution. Darwin thought about it and said that Evolution will make that judgment over time as the long term consequences can't be known. Humans are not conscious of what may come to pass from their creations, he implied.

But for the moment, one thing is certain, humans are dangerous to themselves and every living creature on the planet.