How Western experts can be a weapon of mass destruction 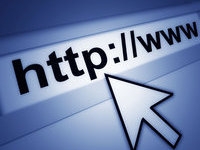 And Pharaoh said unto Joseph, I have dreamed a dream, and [there is] none that can interpret it: and I have heard say of thee, [that] thou canst understand a dream to interpret it.

The modern world is full of maths, ciphers, strange machinery and magic illusions; it vacillates under data; despite its arrogance this unquiet world needs a new kind of magi and 'scientific foreseers' who are named experts. Around 6000 channels of television around the world call at any time the experts to study with them complex events or forecast a brighter future. They are consulted at any time, when there is a bombing, a new little menace, a global problem concerning climate, growth, debt and of course now football and art. The experts are now proliferating like viruses or mosquitoes in summer. Some call it the wizard of Oz syndrome. But is mainly a biblical syndrome, the syndrome of the prophets -or Daniel.

Forasmuch as an excellent spirit, and knowledge, and understanding, interpreting of dreams, and showing of hard sentences, and dissolving of doubts, were found in the same Daniel, whom the king named Balthazar: now let Daniel be called, and he will show the interpretation.

Recently an excellent writer, Mr John Freed, who happens to be an expert's expert, has revealed in his book: these experts are often wrong; they are often dangerous and they are overestimated and too much consulted. Think of the following data provided by Mr Freed's book: He begins by writing that about two-thirds of the findings published in the top medical journals are refuted within a few years. Then it gets worse! As much as 90% of physicians' medical knowledge has been found to be substantially or completely wrong. There is a 1 in 12 chance that a doctor's diagnosis will be so wrong that it causes the patient significant harm. And it's not just medicine. Economists have found that all studies published in economics journals are likely to be wrong.

The new global obsession for experts comes too from an excess of studies or data: yet these studies are financed by non-innocent people and can reveal anything; for instance that eating everyday in a MacDonald can be good for your health (any doubt on the matter?). Mr Freed asserts here that there are studies that come out that say obesity is actually good for you and those that say exercise doesn't do you any good!

Of course there always were experts in history and one fundamental element of the force of the ancient Hebrews in the Bible lies in the fact they are excellent experts (ant not only foreseers): they can read the dreams like Professor Freud and decipher the economic and agricultural future of a country. The best books about experts are Genesis, with the highly respected and prestigious figure of Joseph, who happens to become the pharaoh's favourite; and Daniel, cast into the den of lions, who becomes later a privileged counsellor (who send his enemies to their death, and with their family)..

John Freed states then that the interpretation of the experts can prevent political actions: 'when presented with expert advice, we actually lose our ability to make our own decisions... The brain actually shuts down a bit in the face of expert advice. When we hear an expert, we surrender our own judgment.'

I think he is partially wrong; thanks to the experts we often take bad decisions. The more wrong the better! For instance we decide to help Wall Street, the banks and the hedge funds in order to ruin American and European nations -then we decide to cut social welfare; for instance we decide to attack Iraq, bomb Libya, destabilize Egypt and atomize Iran. The expert is here to dissolve the doubt. Says the Bible (Daniel, 5, 16):

And I have heard of thee that thou canst make interpretations, and dissolve doubts: now if thou canst read the writing, and make known to me the interpretation thereof, thou shall be clothed with scarlet, and [have] a chain of gold about thy neck, and shall be the third ruler in the kingdom.

If an expert like Mr Hans Blix doesn't fit, he is promptly cast away: Dad's enemy has to be killed and an expert has of course to be politically and economically correct, adapted to the era of 'capitalism of disaster'. The néocon expert has to be engaged against all western enemies -or supposed so- with his post-modern mix of Messianism and scientific jargon.

Of course Mr Freed confirms and proves that 'experts edit and so manipulate the data'. This expression reminds me the periphrasis of Dr Reich, a former secretary of labour of Clinton Administration: the manipulators of symbols. These people are the new professions born with the dictatorship of informatics and the new society of control. Their expertise alters and manipulates continually reality. How can we make a difference with a Hollywood terror movie and an over-commented bombing scene like in Boston? Ask an expert!

Immediacy and irrefutability are the characteristics of the truth that comes to us through the computers: yes, there is a global heating; yes, Saddam Hussein has destructive mass weapons; yes the crisis is over thanks to Fed quantitative easing; yes there is shale oil enough for one thousand years and more in Colorado.

A very important point underlined by Freed is the following: we are drowned by flows of information and news that alter our understanding or produce desensitization: 'Newspapers, magazines, TV and the Internet oblige us by constantly reporting the stuff. We face this sea of advice all the time. So where is that needle in the haystack?' Who wants do find a needle? The important is the haystack; they will put the needle.

Agents are here to act; experts to react.

But the most important data turns around animal research: Freed basically writes that is not good because we are simply not mice!

This good news is both good and worrying: it is good because western experts (where else are the experts?) are wrong with their caricaturing Darwinism; it is worrying because their vision is finally imposed, despite or thanks to her wrongness.