Lunacy in Algeria? And the FUKUS Axis?

Fifty-five people are dead after four days of total lunacy in the Algerian desert. Fifty-five families mourn for the same reason yet brought about by different circumstances. We all celebrated 2000 as the year that would herald a change. Since then, the behavior of certain western countries has provided a backdrop for this sort of incident. 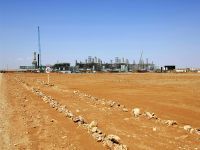 Nobody can condone the attack on the gas plant in Algeria which has gripped the international community for the last four days. The sheer terror of being held hostage, the exhaustion as one's mental activity is pushed to the limit, waiting for the slightest clue as to what is going on, assessing risks and opportunities, the total and absolute feeling of impotence among hostage family members whose lives literally fall apart are exponential manifestations of one of the worst possible situations a human being can endure.

The feeling of desperation, the sensation of humiliation, the confusion of survival instinct with notions of cowardice, the quest for survival as instinct takes over, guaranteeing self-defence but giving rise later on to feelings of guilt, collaboration are the exponentially surreal experiences of the hostages. What their families went through, after being contacted by consular officials, only they know because the rest of us do not have the right to say we imagine what it is like. We don't and we can't.

So, in Algeria in the last four days, history has played a hand of cards which gives those who wish to play the violins and make a jingoistic imperialist discourse a perfect platform to reiterate the sort of rhetoric which has made this sort of activity plausible.Yes, because among the 55 victims (32 "militants" and 23 hostages) and fifty-five families, 110 parents and countless siblings, children. The shock waves of their anguish reach out to the four corners of the planet and this includes the family members of the desperate young men who carried out this act of lunacy.

However, forgive me if I am honest, what is the difference between a western hostage being killed by an Islamist fanatic and a Libyan child being murdered by a terrorist sponsored by the FUKUS Axis (France, UK, US)? Or an Iraqi child murdered by some coward from the sky who strafes a civilian residence? Or a Syrian family massacred by terrorists aided, abetted, financed and trained by the same FUKUS Axis?

And let us be totally honest. If the foreign workers in the In Amenas gas field in Tigantourine were mainly, say, Filipinos, or Vietnamese, or Chinese, or Venezuelan, or Russian, or Indians, or Brazilians, the attack would not have made sense. We need go no further than the statement from a spokesperson for the attackers, who declared that the attack was in retaliation for the French (British and American) attack (FUKUS AXIS) against "rebels" in Mali.

So among all the hype and among the horrific psychological torture hundreds of people around the world have been put through, let us once again be honest and state once and for all that what happened in Algeria, while having nothing to do with Algerians in general, is the direct result of the FUKUS Axis' "ethical foreign policy".

This is the beginning of a long and dark chapter in the history of humankind, one in which the spiral of violence is a constant factor.

Congratulations to France, the UK and US, the FUKUS Axis, for making this possible through their utter stupidity, criminal intrusion and cowardly kowtowing to the whims and caprices of the banking lobbies which control those who come to power in these pariah states.