The world's most powerful people propaganda 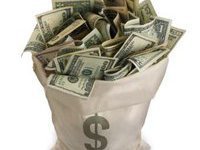 Every year we have the opportunity to read Forbes "the World's Most Powerful People" list which is showing us who, by Forbes opinion, is the most powerful in the world. However, as years goes by this list is becoming more of a comic story then the reality. Somehow Forbes cannot accept the reality that there is no definition or criteria to determine the most powerful person in the world.

What Forbes does is they measure power of an individual along four dimensions: Whether the candidate has power over lots of people, assess the financial resources controlled by each person, determine if the candidate is powerful in multiple spheres, and make sure that the candidates actively used their power.

When Forbes uses the word "Powerful" what exactly does it means?

According to a definition there are many meanings of powerful, such as; having or capable of exerting power, having great power or force or potency or effect, displaying superhuman strength or power, among others. However, no definition gives an example of the most powerful person, especially with the prefix "most".

According to a definition of the word "World", there is no precise meaning of the word "World". World is the universe, the planet earth, the earth with its inhabitants, the human race, among others. In custom, world is a common name for the whole of the life on the planet, specifically human civilization, experience, history, or the human condition in general.

If we are to consider having most powerful person in the world, that person must be in the position to control and influence Biota (the superdomain that classifies all life) on the planet earth, as well as beyond the earth.

The only person that is capable of doing this is Superman, but he is a fictional character.

Forbes wrote; "There are nearly 7.1 billion people on the planet. These are the 71 that matter the most". Let us see some notorious ones who matters more than the rest of us:

Forbes wrote; "Obama remains the unquestioned commander in chief of the world's greatest military, and head of its sole economic and cultural superpower.

Forbes forgot that the US federal debt is at a record high. The US national debt stands at $16,4 trillion. Under President Obama's first term, figure has gone up from $3tn, a rise of74.1%. China is the biggest owner of US Treasury bonds - over $1.14tn. Japan is the second biggest owner of US Treasury bonds - over $1.11tn. In addition, China has the world larges army, and US can never be cultural superpower. Why not? Well, US is a very young country, and because an apple pie is recognised as a cultural icon of the United States.

If Obama's power is measured through economy, army and influence then US President cannot be the most powerful. President Obama does not represent world's most powerful economy or army, nor is he influential like he was in 2008. The only reason why Obama won election is that people are scared when it comes to making changes, so they voted for him. Just take examples of other US Presidents, and other leaders in the world. In 99% they are winning the second term.

2. German Chancellor Angela Merkel holds second place. Forbes wrote; "Merkel is the backbone of the 27-member European Union and carries the fate of the Euro on her shoulders; she's shown her power through a hard-line austerity solution for the European debt crisis."

Unfortunately there is no room in this article to teach Forbes about the EU, as it is obvious that Forbes knows nothing about it. However, Forbes knows one thing, and that is how to make Drama out of something.

3. Russian President Vladimir Putin is at third place. Forbes wrote; "Russian autocrat Vladimir Putin scored points because he so frequently shows his strength - like when he jails protestors."

Is this all Forbes knows about Putin? Just to be clear; Vladimir Putin is the President of Russia, not KGB agent, judge or prison/corrections/detention officer. He does not jail people.

4. Forth place is reserved for Bill Gates, Co-Chairman of Bill & Melinda Gates Foundation. Not really sure why he is on this list, but we should thank him for his generosity.

For Forbes perusal Pope Benedict XVI is the Sovereign of the Vatican City State and leader of the Catholic Church, not leader of Catholics. A global 2012 poll reports that 59% of the world's population is religious, 23% are not religious, and 13% are atheists. Pope should not be portrayed as person of power, rather as a man of peace, respect and understanding. To remind Forbes that there is a religion called Islam, the fastest growing religion in the world with 1.8billion believers.

6.  Ben Shalom Bernanke, an American economist and current chairman of the Federal Reserve, the central bank of the United States holds sixth place. Forbes explained: "Big Ben has been on a buying spree: In a third round of quantitative easing, the Fed is now snapping up $40 billion a month of mortgage-backed securities and $45 billion of Treasurys. Result: modest economic recovery and a near-record $2.9 trillion on the Fed's balance sheet."

More than 99,999% of the United States population does not even know who this person is, not to mention rest of the world. He might be powerful to some in the US, but not to the rest of the world. In what way US mortgage and his position as chairman influence, for example, Somalia?

7. Custodian of the Two Holy Mosques King Abdullah bin Abdulaziz, the King of Saudi Arabia holds seventh place. Now, no matter if the following is true or not, this is the US Government official position: According to Hillary Clinton, US Secretary of State, Saudi Arabia is said to be the world's largest source of funds for Islamist terrorist militant groups, such as al-Qaeda, the Afghan Taliban, and Lashkar-e-Taiba in South Asia, and donors in Saudi Arabia constitute the most significant source of funding to Sunni terrorist groups worldwide. Next time Forbes should consult US Government, the same government who calls Saudi Arabia "terrorist supporting state", before naming Saudi leader as one of the world's most powerful.

8. Mario Draghi, an Italian banker and economist is at eight place. Forbes wrote: "With the euro lurching constantly from crisis to crisis, the European Central Bank is more important than ever. As chief banker of the world's largest ­currency area--the euro zone's collective GDP is now more than $17 trillion--Draghi faces the Herculean task of trying to maintain financial unity across 17 countries. But if anyone can wrangle the interests of nations as diverse as Germany and Greece, it might be the man who navigated the minefield of Italian politics so deftly that he earned himself a nickname: "Super Mario."

More Drama from Forbes, however, Mario might be influential in some European institutions, but hardly considered as worlds most powerful. If Mario had the power to distribute money as he prefers, we would be more powerful than Obama.

9. At ninth place is Xi Jinping, the General Secretary of the Communist Party of the Peoples Republic of China, and soon to be President of China. China is a nuclear power, and the world's most populous country with a population of over 1.3 billion. It is world's fastest-growing economy, and world's largest exporter and second-largest importer of goods. Soon to be leader of the country that has largest standing army in the world should hold far higher position on Forbes list.

According to Forbes, one of the things that make Jinping powerful is his wife Peng Liyuan, a superstar folk singer.

10. David Cameron, the Prime Minister of the United Kingdom of Great Britain and Northern Ireland, is low at number ten. Forbes said: "Two years into office the Tory PM has gone from being called the second coming of Margaret Thatcher to standing in the shadow of Europe's new Iron Lady, Angela Merkel. Cameron has rejected the German Chancellor's call to increase the EU budget and threatened to veto anything but a spending freeze. At home he faces a sustained economic downturn, a disillusioned electorate and rumblings from his own party over Britain's future.

If David told his piece of mind to Merkel then he is more powerful than her, but if she disciplined him, then he is not for this list. So, is he powerful or not powerful, what is it?

Looking at the people on the list we can say that Forbes actually used these four criteria to decide on powerful ones: money, nuclear weapons, army, and oil reserves. However, Forbes failed again.

When it comes to money, Forbes is probably looking at its own interest here and trying to promote people with large amounts of money in order to benefit from them. Forbes likes to says; "we here at Forbes are in the billionaire business".

Billionaires like Mark Zuckerberg,  Elon  Musk, Reid Hoffman, among other on the list, are not powerful rather wealthy, especially not more powerful then the Government. To remind Forbes about few billionaires how were jailed by the Government: Mikhail Khodorkovsky, Yoshiaki Tsutsumi, Huang Guangyu, Wu Ying, Sean Quinn, Allen Stanford,Manuel "Matty" Moroun, Zhang Keqiang, Alexander Lebedev (pending), Raj  Rajaratnam, among others.

When it comes to nuclear weapons, we can see leaders of all nine nuclear states on the list. Like with billionaires, Forbes is impressed with nuclear weapons too. Forbes forgot that nuclear weapons brought nothing good to the mankind. Two nuclear weapons have been used in the course of warfare, both by the United States nearthe end of World War II; on August 6, 1945 bombing of Hiroshima and August 9 of Nagasaki. These two bombings resulted in the deaths of approximately 200,000 Japanese. These days decision to use nuclear weapon and army is not upon one man only, so one cannot be called most powerful because his country has nuclear weapon or large army.

When talking about oil reserves Forbes should realise that oil reserves are not control by a single man. If we leave out OPEC, Venezuela has biggest oil reserves, followed by Saudi Arabia, Canada, Iran, Iraq, Kuwait, UAE, Russia, Libya, Kazakhstan, among others.

Looking at these facts we can easily say that Forbes lists are for entertainment purposes only, they are not to be taken seriously.

And for the end here is wisdom from Forbes website: Forbes Thought of the Day: "Popular opinion is the greatest lie in the world."- Thomas Carlyle