Why the fall of Soviet Union was bad news for many 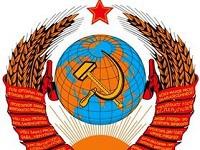 In my opinion, the fall of Soviet Union, more than twenty years ago, was bad news for many, at least for anyone who ruminates on the matter. It was vaguely celebrated by some fools somewhere, yet followed by innumerable disasters and deceits. For the wall of Berlin has been replaced by many Wall Street walls and the many electronic walls of global surveillance. The situation is worse in many places, especially in Europe, America and former soviet republics. Let us see why and who is responsible for these misdeeds. We could label them Illuminati or, as did Shakespeare, the gentlemen of shade, the minions of the moon.

First, the fall of Soviet Union started by the economical disintegration of a great integrated country, the pillaging of its resources and then the intense sufferings of its populations. Many old people became tramps, and the birth of rate tumbled while the death rate surged in the former socialist republics. The so-called shock therapies designed in Wall Street by Harvard kooks had disastrous effects on the populations, may be as hard and incalculable as the infamous era of the thirties. The fall of Russian population was maybe of ten millions! My wife's family had sometimes only carrots to feed in the nineties. We should once reconsider this dark period and blame the responsible persons and profiteers (it is easy to blame the crimes of socialism; and when shall we judge the innumerable crimes of capitalism?). The division of Soviet Union hasn't either profited to its various people, who have mainly fallen under the control of oligarchs, and new kinds of tyrants counselled by western politicians and "manipulators of symbols". The Baltic States have turned into aggressive (against their Russian minorities) and miserable entities, not to mention a grotesque, fruitless submission to America.

Yet the disintegration of Soviet Union didn't serve the interests of American people. US oligarchy became berserk, started her new wars everywhere with the Bush dynasty and ruined her finances. Drastic inequality became the lemma of this crazy society driven by lunatic leaders and wars. Today America leads to nowhere; America is just a basis (al Qaeda) of the new global matrix made of wars and terrors, manipulations and deregulations.

As French, I can too consider the decline of my own country and Europe since this deceiving date. Instead of creating a new integrated Europe from Paris to Vladivostok, we created a new bureaucratic monster and declared a new cold war. The NATO got paradoxically reinforced by the fall of Soviet Union and France became progressively an American colony, as it was after the Second World War. The Gaullist project faded and Europe bowed to her new masters. The failure of progressive agenda precipitated what the great sociologist Bourdieu called a restoration: the restoration of the 300 who according the sentence of Walter Rathenau ruled the world before USSR. They now rule it better: that is crueller. The crumbling of present Europe shows that fact sharply. Think to the murderous and scandalous crisis of the debt, unclenched by the misbehaviour of private blanks and autonomous bureaucracies (see the example of Spain) and that hits now European taxpayers and retirees. The reinforcement of German autocratic authority is too a consequence of these absurd federalisms.

The fall of Soviet Union has then encouraged madly the Illuminati (or the 300) -Bilderbergs' tycoons, scholars and politicians-, to destroy on larger scale trade unions, working class, to weaken the acquisitive power of the middle classes and of course to liquidate the nations, dominated today by the rapacious bunch of the central bankers, big stockholders and Goldman Sachs partners. Recently a new Goldman boy has been chosen to rule the bank of England. He is not even English; he just belongs to the ruling cast of the new world order... this American-dominated cast, the bourgeoisie of bourgeoisies, decides what is good and what is bad for us. And the bourgeoisie has no more a red army to fear. Recently Italian ex-PM Mario Monti declared in Cannes that the only peril the hyper-class and her New Order had to fear was... democracy and the peoples of Europe. And ex-commissar (and Goldman Sachs chairman) Sutherland warmly recommends to undermine what is left of our identities.

The fall of Soviet Union has also accelerated the process of destruction of the political and artistic culture: the post-capitalist system, having severed with any humanist reference, just needs some science and technique to increase its benefits and to alter humanity. And it necessitates a perfect and global and ruling lack of culture that is favoured by omnipotent technology ("the global village") and by the decline of the ideology of progress and enlightenment. Now our culture is a medley of Satanism, Lady Gaga and Prince William (an alias name for the devil). The extension of poverty and potterism will present one day a very expensive bill to its victims.

Since the fall of Soviet Union we just assist the crowning of malicious and hostile elite that has no interest in preserving us whatsoever. Who will challenge these dark princes in the future? Ask the old Will:

O gentlemen, the time of life is short...

An if we live, we live to tread on kings;

If die, brave death, when princes die with us!