The Democrat Embrace Of Fascism 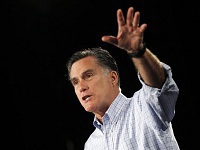 Like most Americans, when I was a kid, I was under the impression that all repressive regimes were just like Nazi Germany as portrayed in old movies. All dissenters were either immediately imprisoned or publically shot in the back of the head, no secret is made of it, and everybody knew and lived in constant fear for their own lives. But, that really isn't the case with fascist or repressive societies. It's actually a subtle process that is done with popular public support and under the guise of complete legality, justification, democracy and to the greater good of the society.

It is, in other words, the road to fascism present day America is taking and it's only being accelerated by a delusional love affair with President, Barack Obama.

While Democrats and Obama Loyalists ride their rainbows and unicorns in celebration of the re-election of the messiah, we on the left, are shaking our heads, wondering how Democrats could support four more years of failed Bush policy. On nearly every issue, there was no discernable difference between Obama or Romney, particularly on foreign policy and civil liberties, where the only significant difference boiled down to who would attack Iran first and whether or not the US military still uses bayonets.

Democrats therefore, are left grasping for straws for any liberal distinction, drawing attention to Obama's alleged progressiveness, by pointing to gay marriage, possible legalization of marijuana, or contraceptives. Let's be clear, gay marriage and legalization are inevitable regardless of who is president, as the trend of the larger society is already in that direction and Obama has nothing to do with it. It has been the states and the courts, not the president, taking the lead in case after case. So far as contraception, the issue is so completely silly, it barely merits any discussion.

That said, Mitt Romney would have actually been best for restoring ideological sanity and preserving the liberal agenda.

A Mitt Romney landslide would have proven Democrats still have a conscience, placing "principles before personalities" and categorically reject repression and Imperialist warfare, even from one of their own.  A Romney victory as the result of low Democratic voter turnout or third party crossover would not have been an indicator of a more conservative electorate, but, rather a strong defense of liberal values.

More importantly, a Mitt Romney presidency would have slowed or halted the trend toward fascism, because Democrats would have refused to be willing participants. Because, an Obama defeat, would have meant a mandate for Democratic members of congress and activists to return to an agenda of progressive opposition.

During his first term, Obama not only completely embraced virtually all Bush doctrine, he expanded it. But, Democrats have so internalized the belief that Obama, himself a liberal, that eventually there will certainly be a progressive outcome, so they ignore or redefine these issues and desperately point to his few liberal attributes as justification of unfaltering support.

Mainstream, Democratic liberals are so enamored by Barack Obama, and have placed so much faith in his motives, that they have shed virtually every moral and discarded all liberal decency. Sixty five percent of Democrats now support drone attacks, which they once protested, with the justification that they do not jeopardize American troops. Liberalism now excludes scores of Pakistani children murdered by drones, and extends only to red blooded, Americans.

The betrayal by Barack Obama of most basic liberal values which we traditionally have considered sacred has led many to re-evaluate, redefine and compromise liberal tradition. In the past, liberal Democrats universally opposed war and unjust military action. Led by Obama's influence and actions, they now justify these actions by redefining the motives, as somehow, liberal. Democrats have traditionally supported whistle blowers as patriotic, purveyors of truth and justice, yet today, Bradley Manning sits in prison, charged by Obama, our perceived liberal messiah, of treason. There are few protests, no headlines and no outcry from influential Democratic liberal activists or politicians.

The extension and expansion of the Patriot Act by the Obama Regime is simply accepted and avoided with little mention from anyone and the closing of Guantanamo Bay, which he also failed to do. Neither of these issues can be explained, justified nor redefined as liberal, so they are ignored. This is also true of his failure to prosecute criminal Wall Street bankers, the ever increasing wage gap between blacks and whites, the request and signing of NDAA and the requesting and signing of the so-called, "Occupy Law", which prohibits protest when Secret Service is present.

Social, domestic and environmental policy has by and large, also remained a continuation of the Bush administration. Obama tripled charter schools at the expense of public school teachers, (he has yet to "put on a comfortable pair of shoes" and join any union march) he fully implemented the Cheney energy proposal by permitting oil exploration in the arctic and expanding off shore drilling. The same is true of the minimum wage, which he also failed to raise, as promised. On immigration, no president has been more aggressive on deportations.

What the re-election of Obama really says, is that both parties are on the same repressive team of endless warfare, suppression of civil liberties and Wall Street welfare. The march toward fascism and permanent, impoverished class, becomes a marathon, because there is no serious opposition.  Far from demonstrating a progressive agenda by the re-election of Barack Obama, Democrats have only proven themselves equally conservative.

For continuity, portions of this are excerpted from my previous articles published on Café de la Pensee - A Handful Of Pennies-The Demise Of American Liberalism, The Road To Fascism Is Paved With Freedoms and Rise Of The Democratic Partisan- Letter To A Former Liberal.