At the opening ceremony of World Space Week in Vienna, Austria last week, the model of the Russian GLONASS satellite was unveiled, a reminder of the important contribution by the Soviet Union and Russia to space travel and science. Since 1999, the week October 4 to October 10 has been designated World Space Week by the United Nations Organization. 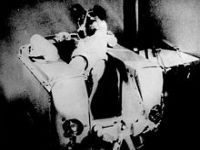 The importance of satellite navigation was highlighted by the United Nations at the event, where Russia donated the model of its Global Navigation Satellite System (GLONASS) to the permanent space exhibition in Vienna, on October 4, the first day of World Space Week, recalling the launching of the Soviet Union's Sputnik I, the world's first artificial satellite, on October 4 1957. October 10 commemorates  the day on which the Treaty on Principles Governing the Activities of States in the Exploration and Use of Outer Space including the Moon and Other Celestial Bodies was signed in 1967.

For those who say these were victories of the past, let us ask them whose door one has to knock on these days if one wants to reach the International Space Station?