Kipling, the British Empire and the programming of New World Order

Two hundred and fifty thousand men, ready to cut in on Russia's right flank when she tries for India! 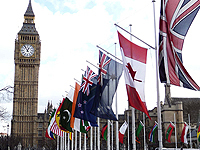 The man who would be a king

The expression New World Order was of course not invented by George Bush senior, but by the famous sci-fi writer and British propagandist H.G. Wells. It emphasizes the necessity of unity, the abolition of borders, the one-tongued World (a lingua franca based upon English), the end of nations and the entropy of cultures. Establishing that, H.G. Wells, who had predicted in the thirties the wars against Germany and Japan, was merely the socialist heir of the British Empire. Acting like an accelerator of particles, a destructor of identities, the British Empire was the beginning of the End of History, and the promoter of the present NOW: a bureaucracy directed by invisible elites controls human flocks.

At the end of the nineteenth century, the British writers conquered our minds everywhere. There were the children's classics, Mary Poppins, Peter Pan, Alice, the Book of the Jungle, and many more. There were too the spies, detective and adventure stories which we still read today. This is obviously due to the incomparable skills of British geniuses but also to a political intention: the programming of the World to come. Many of these writers like John Buchan (the 39 steps), Ridder Haggard (King Solomon's mines), no to mention Kipling, were high civil servants in the British Empire, and their books served one purpose. Of course the first propagandist of the Anglo-American race was a Frenchman, Jules Verne, so popular nowadays thanks to that. Verne had decided for occult reasons that the Anglo-American race had to dominate the World, establish a New World Order, and eliminate all the enemies around the globe. He announced the dominated and humiliated France of today in his masterwork Around the World in 80 days.

But let's see for instance the most famous books of Rudyard Kipling, the idealistic programmer of British-ruled world. In the man who would be a king, Kipling celebrates the Afghan dream of British Agenda. This is what said Dravot in the book, with a racist touch of course absent of the John Huston's beautiful movie:

"'I won't make a Nation,' says he. 'I'll make an Empire! These men aren't niggers; they're English! Look at their eyes- look at their mouths. Look at the way they stand up. They sit on chairs in their own houses. They're the Lost Tribes, or something like it, and they've grown to be English.

This is the way we must understand the adventure-novels: they promote the Empire, and better if there is a bit of occultism: the masonry in the man who would be a king, and the Tibetan religion in Kim. For the Tibetan esoteric and magic agenda (it's time to say that in reality Tibet was an absurdly barbaric and theocratic society) has been promoted during the whole past century for two reasons: the fight against Russia, then the fight against China! Kipling, again:

Two hundred and fifty thousand men, ready to cut in on Russia's right flank when she tries for India!

The fight in this area is called The Great Game. In the nineteenth century, it was the conflict between the Bear and the whale, between Russia and England. We cans see it still last nowadays. The Great game is the core business, the holy shrine of Kim, the well-known Kipling's novel:

'Well is the Game called Great! I was four days a scullion at Quetta, waiting on the wife of the man whose book I stole. And that was part of the Great Game! From the South-God knows how far -came up the Mahratta, playing the Great Game in fear of his life. Now I shall go far and far into the North playing the Great Game. Truly, it runs like a shuttle throughout all Hind.

Of course, the bad guys are the Russians, quoted five or six times in the book, even, finally, there was, thanks to God and to Saint-George, never a war between the two powers. But Kipling discreetly acknowledges that the British Empire is not so popular in the subcontinent: read these strange lines written during the time of Tsar Nicolas II:

With millions of fellow-serfs, he had learned to look upon Russia as the great deliverer from the North.

The fate of Asian people was better in the Russian Empire. The misery and the famines of the British India were legendary, when they were not provoked by a not so efficient and benevolent bureaucracy. But Kipling recognizes the difficulty of being a poor white even in a rather hard and racist time. For in the New World Order there is no pity for the poor, may be he white. He writes of O'Hara, Kim's Irish miserable father:

O'Hara fell to drink... till he came across the woman who took opium and learned the taste from her, and died as poor whites die in India.

What an allusion to drug control! It remembers us the infamous opium war and the first tale written by the young writer...

Kipling's books recap the Anglo-Saxon romantic dreams: the road full of adventures; the conspiracies and the mind game; the children's mind-programming and animalism; the initiated view of communities, seen from an abstract and Masonic point of view; the militarism. These ideals have been very well attacked by Chesterton in his book Heretics. For Chesterton, Kipling doesn't like England; he just wants her stronger. Kipling, like the imperialist of this time and of today doesn't care about his countrymen; he just cares about the Empire, his militarism and his pitiless objectives when it comes to the extermination of Boer's families.  Writes beautifully Chesterton, the English catholic, nationalistic and populist writer:

Thus Mr. Kipling does certainly know the world; he is a man of the world, with all the narrowness that belongs to those imprisoned in that planet... The globe-trotter lives in a smaller world than the peasant.

This is our shrinking world today: airports, car-parks, shopping mall everywhere. The purpose of imperialism is of course the destruction of nations, and the construction of an enormous system, a network of lines, laws, missions, controls and responsibilities. In the New World Order the networks have to replace the nations.

At the time of Kipling, we know that the South African diamond magnate Cecil Rhodes created after the destruction of the Boers (an agrarian society similar to Ukrainian or Russian Mir) a secret society whose goals were the prolongation of British Empire and its ideals.

It was Carroll Quigley, the Bill Clinton's guru, who best explained this secret agenda:

What is not so widely known is that Rhodes in five previous wills left his fortune to form a secret society, which was to devote itself to the preservation and expansion of the British Empire. And what does not seem to be known to anyone is that this secret society was created by Rhodes and his principal trustee, Lord Milner, and continues to exist to this day.

Like today, and without any reference to any conspiracy theory, Quigley makes reference to the circles. We are well informed now about trilateral commission, Bilderbergs and other conspiracy societies promoting a new world order based on technology, networks and one world culture. Quigley alludes to the Illuminati's circles.

I have tried to solve this difficulty by dividing the Group into two concentric circles: an inner core of intimate associates, who unquestionably knew that they were members of a group devoted to a common purpose; and an outer circle of a larger number, on whom the inner circle acted by personal persuasion, patronage distribution, and social pressure.

In a way, we can tell that Rhodes applied Kipling's dreams, and that Kipling (and Buchan, and many others) illustrated the Round Table's achievements. And this is what wanted the Round Table inspired by King Arthur and esoteric stuff: the New World Order and an Anglo-American condominium. Adds Quigley:

This is what wanted to build the Rhodes society: "the extension of British rule throughout the world, the perfecting of a system of emigration from the United Kingdom and of colonization by British subjects of all lands wherein the means of livelihood are attainable by energy, labour, and enterprise... the ultimate recovery of the United States of America as an integral part of a British Empire.

Three conclusions: the first is that the NOW is an old story, mainly British, which dates back in 1815 or even earlier, for the NOW is an "enlightened" (Illuminati) dream. The birth of NATO then the US-controlled EU, the decline of France and Germany would create a new kind of commonwealth, based -according to me- against the rights of the people and their nations, basically serving the interests (or caprices) of the global elite. The second conclusion is that literature, mass media and movie business is the continuation of the war by other means, to put it like Clausewitz. And nowadays these immaterial weapons are far more efficient than the guns.

And of course the third conclusion is that the Russian bear is still poisoning the mind of the New World Order!