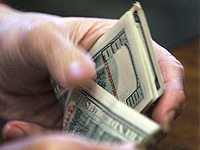 "Improvised explosive devices, and the networks that use these asymmetric weapons, will remain an enduring threat to U.S. forces and the nation for decades to come, the Defense Department's top counter-IED official told lawmakers Sept. 20. The IED is the weapon of choice for threat networks because they are cheap, made from readily available off-the-shelf components, easy to construct, lethal and accurate, said Army Lt. Gen. Michael D. Barbero, Joint IED Defeat Organization director, during testimony to the House Appropriations Committee Subcommittee on Defense." JIEDDO Press Release, September 2012

And these guys get paid the big-bucks for this type of insight? Incredible!

American Congressman C.W. Bill Young (Republican-Florida) has said he has had enough of the war in Afghanistan. The death of one of his soldier constituents by an improvised explosive device (IED) was the last straw for Young. More's the pity the soldier, in a letter to Young, had predicted his own demise at the hands of a commander's ludicrous orders and an IED.

Young has stated that it is time to remove from Afghanistan. That is to be applauded. Unfortunately, the US march to war with Iran is on. Should that become a reality, many more US casualties on the ground in that region of the world will invariably come as a result of more advanced IED's developed by the Iranian military.

Young is rightly incensed by the lack of progress made by the Joint Improvised Explosive Device Organization (JIEDDO), a group that has spent nearly $20 billion (US) to find ways and means to limit the destruction of US forces by the adversary's use of improvised explosive devices (IED's), a crude system that is in essence a typically vicious landmine. Landmines have been used by fighting forces for hundreds of years and attempting to rid them from being constructed and surreptitiously placed is a fool's errand. The Center for Public Integrity summed up JIEDDO's woes in a well-put article titled JIEDDO, The Manhattan Project that Bombed.

A little known factoid about JIEDDO is that one of the errant children that JIEDDO gave birth to was the US Army Human Terrain System, a program that has failed to produce any significant quantifiable results to "attack the network."

It certainly did not live up to the hype that JIEDDO heaped upon it back in 2007.

"The Human Terrain System (HTS), a comprehensive, proof-of-concept civil affairs initiative sponsored by the Joint IED Defeat Organization (JIEDDO), completed its preliminary testing in Afghanistan this summer with overwhelmingly positive results...The outcome of this assessment is particularly promising to JIEDDO and its efforts to attack IED networks. By actively engaging and interacting with the indigenous populations of Afghanistan, the report notes that American forces substantially improve their IED-related intelligence collection capabilities and increase support for the respective host nation governments...Human Terrain Teams help the commanders in theater promote regional stability while simultaneously providing them and JIEDDO critical cultural and situational awareness of the local population. This provides tremendous benefit in defeating IED networks within those areas..."

Some employees within the US Army Human Terrain System, and military personnel escorting them, were killed/wounded by IED's.

Nearly six years later in 2012, the program continues its tortuous existence with CGI Federal (Quebec, Canada) at the helm. Trade publications in Washington, DC announced in mid-September 2012 that CGI Federal of Manassas had been awarded $42 million to keep the US Army Human Terrain System alive.

The news was met with incredulity by sources within the program.

"Apparently, CGI is actively recruiting for an October class. This is a stunning development, considering that HTS still has at least two classes that either have not graduated, completed training at Fort Polk, or been sworn in. The program and personnel were horribly mismanaged under [former program manager] Sharon Hamilton. It is no longer amazing that this program costs so much. The cost of recruiting and training 50-60 personnel, only to have them released, brought back, retrained, and released again, is so bizarre that only an audit on expenditures over the last two years will reveal how badly this program is being mismanaged.

Additionally, even though HTS is trained to work as a team, they are often deployed as individuals, for as long as one month, with little or no contact with each other. As a result, and this can be verified by reading open source reports on the Internet, the teams are generating little more than ride-along reports, that are generally anecdotal, unscientific, and totally useless to the supported commander. Reducing training by four weeks will not save HTS any money, in fact, the total costs will continue to climb, as these new people accumulate overtime, plus their HTS salaries, and other allowances."

Perhaps Congressman Young should look into getting back that $42 million from the Pentagon that has been directed to the US Army Human Terrain System. He might re-direct the money to care for those American soldiers and families wounded in so many ways by the senseless continuance of the war in Iraq and Afghanistan.

Congressman Young might also revisit his pro-war stance on Iran. Should war take place between the USA and Iran, Young will lose many more Floridians in the ensuing madness.