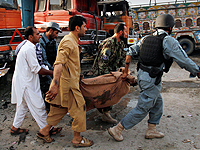 The geopolitics of South Central Asian Region (SCAR) and Af-Pak Region (APR) is in a state of massive flux. The US/NATO/ISAF Combine is primed to egress as it struggles, woefully, to retain balance in a fast deteriorating strategic and geopolitical environment. And ominously, Russia is making its moves to get into the most advantageous position in the region - post 2014!

The US' planned Afghan endgame appears to be going awry. To maintain strategic direction it must consider the numerous variables in this complex Afghan equation and make the necessary corrections in anticipation.

The US Afghan Policy: has lacked clarity in its conception and execution. This confused and muddled thinking is evident prominently as the Afghan campaign moves into its end state. Major policy ends and objectives remain to be attained while the bugle for the retreat has already been sounded. There have been strategic, diplomatic and intelligence failures aplenty. The obtaining strategic environment is profoundly unfavorable. Is this then the desired end state that the US and its allies had envisioned and aimed for at the outset? Will the US make the required course corrections?

The US Elections: Will it be Obama and a continuation of the Afghan Policy? Will Mitt Romney, if elected, opt for radical changes in the Afghan Policy or not? The Afghans, all allies and all regional countries wait with abated breath.

The US Allies:  The Green-on-Blue murderous attacks may force a strategic pause on the US/NATO/ISAF Combine directly impacting their withdrawal schedules. Any prolonging of the US Campaign will not rest easy with them or their respective Governments. How many of them will be willing to stick with the US for another indeterminate extension?

The Afghan National Security Force (ANSF):  is the most critical variable. With Green-on-Blue attacks on the rise and joint operations with the US/NATO/ISAF forces on hold its development as a thoroughly professional outfit is in doubt. It has demonstrated suspect loyalties, poor professionalism and a penchant to react aggressively to perceived slights by its foreign trainers and colleagues. It has clearly been infiltrated by the Taliban/other groups and shows signs of progressively biased, suspicious, volatile and deadly characteristics. Its emergence as a professionally cohesive and effective force, or not, will have a decisive impact on the egress of the foreign forces and the future of post-2014 Afghanistan!

Pakistan: must be the most worrisome and most unpredictable of all the variables. The US' handling of Pakistan could not have been worse converting a most willing ally into a very reluctant one. US' two-timing and double standards (Raymond Davis, Salala, OBL etc,) and its contemptuous, arrogant and self-righteous attitude caused the drift. Pakistan has also suffered from the persistent infighting within the Obama Administration and the resultant conflicting demands of an ill-conceived and poorly executed Afghan policy. The situation has been further vitiated by a plethora of ill-considered anti-Pakistan diatribes by some US Congressmen. Resultantly, as we now approach the decisive Afghan endgame a thoroughly disenchanted Pakistan's reticence and unpredictability has become more pronounced. US' nervousness and irritability has increased correspondingly, as they cannot execute their endgame successfully without a willing Pakistan. They still have no clue on how to deal with a clearly annoyed and subtly defiant Pakistan!

The Militants: US policy lacks clarity on dealing with the militants too. It is still undecided whether it wants to negotiate with the Taliban or bludgeon them into submission or weaken them enough to force them to the negotiating table. By declaring the Haqqani Network (HN) as a Foreign Terrorist Organisation - FTO the US has closed all doors to a negotiated solution to the imbroglio. Who will they now negotiate with? If they want to eliminate the militants then do they have the time, the political and military will to do so? How does the US further intend to "motivate/force" a bruised, thoroughly dejected and exploited Pakistan and its Army into North Waziristan Agency? And if it wants to land its boots on Pakistani soil how does it expect Pakistan to react? Accept it as a fait accompli, ignore it passively or defend its territory aggressively? Will the US do it alone or will all countries comprising the US/NATO/ISAF Combine cross the Durand Line and attack Pakistan as one? Nuclear Pakistan's and the militants' reactions in such a scenario would constitute the biggest variables of the Afghan campaign.

Russia: senses Pakistan's inevitability in any future geopolitical/strategic developments in the region. It also senses a vacuum in the SCAR and is positioning itself to exploit it. US-Pakistan 'non-alliance' is not likely to last beyond the former's egress from the region. The Russians sense a great opportunity here. By meeting Pakistan's energy, infrastructure, defense and trade needs they could try to replace or complement the US, albeit at a substantially lower scale. However, by bringing Pakistan into her fold the Russians could have a sphere of influence extending from the Persian Gulf right up to the Malacca Straits and the Asia Pacific Region including Iran, Pakistan and India! And the US will not have a single reliable ally in this entire swathe of Asian territory right up to Singapore.

This is too big a prize for Russia to give up without a try. By winning Pakistan over the Russians could also get access to the Southern routes of egress of the US/NATO/ISAF Combine, the Arabian Sea, Iran, the emerging regional trade corridors and the mineral resources of the region. Were Pakistan, Iran, Afghanistan and India to become full members of the SCO (on Russian initiatives) then that could be a real geopolitical/strategic game changer. The US could find itself literally outflanked in the region! How far the Russians actually succeed in this scenario would have an indelible impact on the region and US interests therein.

However, could the US itself turn out to be the biggest variable in this fascinating Afghan equation? Could it reverse/adjust policy and not let Pakistan and the region slip into the Russian embrace?

Time, the biggest variable of all, will tell.