The rats fed with genetically modified organisms (GMOs) before dying of cancer and suffer more often than others, says a study published on Wednesday (19) in the journal Food and Chemical Toxicology, which considers the results "alarming ".

"The results are alarming. Observed, for example, is a mortality rate two to three times higher among females treated with GMOs. There were between two and three times more tumors in treated mice of both sexes," explained Gilles-Eric Seralini University professor Caen, who led the study.

To conduct the survey, 200 rats were fed for a maximum of two years in three different ways: with only GM maize NK603, NK603 GMO corn treated with Roundup (the most used herbicide in the world) and with genetically modified corn not treated with Roundup.

Both products (maize NK603 and the herbicide) are owned by the U.S. group Monsanto.

During the study, corn was part of a balanced diet, in equal proportions to the diet in the United States.

"The results reveal a mortality rate much faster and higher during consumption of the two products," said Seralini, a scientist who integrates or  has integrated official commissions on GM foods in 30 countries.

"The first male rats fed with GMO died a year before the control mouse (which is not fed with GMOs), while the first female, eight months before. At 17th months, five times more males were observed dead who were fed 11% corn ( GMOs)," says the scientist.

The tumors in males appear up to 600 days before they arise in mice indicators (skin and kidney). In the case of females (mammary gland tumors) appear, on average, 94 days before those that were fed the transgenic.

The researchers found that 93% of tumors in females are in the breast, while most males died from liver or kidney problems.

"With a small dose of Roundup, which is the amount that can be found in Brittany (northern France) during the time in which this product spreads 2.5 times more breast tumors are observed than normal," says Seralini .

The director of the study said that agricultural GMOs are organisms modified to resist pesticides or to produce them and noted that 100% of GMOs cultivated on a large scale in 2011 were plants with pesticides.

"For the first time in the world, GMO and pesticides have been studied for their impact on health in the longer term than they had done so far by health agencies, governments and industries," said study coordinator.

According Seralini, the effects of NK603 hitherto had only been analyzed in periods of three months. Some GMOs have already been analyzed for three years, but never before with such an in depth analysis, according to the scientist.

It is also the first time, says Seralini, the pesticide Roundup was analyzed in the long term. Until now, only its active beginning (without the others) .had been analyzed for more than six months.

"They are the best tests that may be performed prior to testing in humans," he explained further.

The study was funded by the Foundation CERES, by about 50 companies, some of the food sector that produce no OMG, like Charles Leopold Meyer Foundation for the Advancement of Humanity. 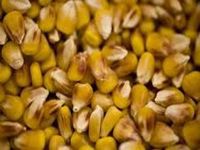