David Frum, the American-Canadian journalist, editorialist and political writer makes a shocking prediction in his opinion column in CNN: that 2013 will be the stage of a worldwide catastrophe, a serious global crisis caused by a food shortage which will send dark clouds gathering over the world economy like never before. 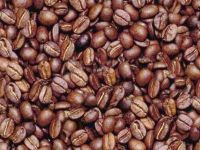 The author explains the origins and consequences: serious weather conditions in several parts of the world - the USA, Russia, Australia - have decimated crops through drought, with tangible results: harvests are at their lowest levels for over ten years, prices of staple products are spiking, as predicted in this column on September 5 (Fears of a repeat of the 2008 Food Crisis) **.

The knock-on effect of these price hikes will be higher prices for the consumer. As David Frum explains, these are an inconvenience for consumers in developed countries, but generally speaking, one that is "manageable". However, the equation is the less developed the country, the higher the impact of expenses on food in the family budget: "In poor countries, people typically spend half their incomes on food".  And we are not speaking about luxury items here, we are speaking about basic foodstuffs on the family dinner-table at the end of the day.

David Frum quotes the food riots that swept across the world in 2008, affecting no less than thirty countries, and the Arab Spring, which had its roots in crop failures and soaring prices. What happens in 2013 could see more of the same. For David Frum, the writing is on the wall, or more exactly, in commodities prices. His conclusion:

(*) David Frum is former economic speechwriter for President George W. Bush, his articles have been published in the National Post and The Week, currently editor of Newsweek and The Daily Beast and contributor to CNN.