Canada: Selling its soul to America 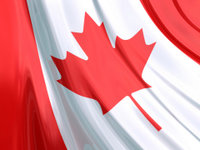 Canada is more colony than sovereign state. Canadians perhaps wonder when it'll grow up, act like an adult, and regain its rightful independence. They're also worried about a country junior partnering with imperial America, Israel, and other rogue NATO allies.

A previous article said the following:

On September 7, Foreign Minister John Baird said Canada closed its Tehran embassy. It expelled Iranian diplomats in Ottawa. They have five days to leave. He claimed a nonexistent Iranian threat. He took a page from AIPAC's playbook. He bogusly called Tehran the gravest threat to global security.

He accused Iran of "providing increasing military assistance to the Assad regime." He ignored Washington's war Syria. He said nothing about Canada's role. He didn't explain how America, rogue NATO partners, and regional allies recruit, arm, fund, train, and direct ravaging death squads. He was silent on what matters most. He recited a litany of lies about Iran. He unconscionably pointed fingers the wrong way. Canada is a committed imperial partner. It's one of 28 NATO countries. It supports the worst of Israel's crimes.

It's on the same slippery slope as America. It's fast-tracking toward fascism. Sleeping with the devil rubs off. Unless stopped, it's just a matter of time before Canada crosses a rubicon of no return. It's perilously close to full-blown imperial/ neoliberal/police state dark age harshness. In her book "Holding the Bully's Coat: Canada and the US Empire," Linda McQuaig discussed Canada's sacrificial subservience. It abandoned its traditions. It sold its soul to Washington. It became submissive junior partner.

Conservative and Liberal parties allied with America's "war on terrorism." They stopped short of participating in its Iraq "coalition of the willing." They willingly marched in lockstep with its illegal Afghan war of aggression and occupation. In February 2004, they partnered with America and France against Haiti's Jean-Bertrand Aristide. They ousted a democratically elected leader. They crushed his popular movement. They ended his progressive reforms. They installed fascist harshness. They had unchallenged pillaging in mind. Canada today operates as an appendage of imperial America. It abandoned its traditional commitment to equality, inclusiveness, and rule of law inviolability.

It's plagued by a militaristic/imperial/neoliberal culture. It's no longer a fair arbiter and promoter of just causes. The conservative Harper government is fast-tracking toward fascism. In the 1980s, Canada's downward trajectory began in earnest. Conservative Prime Minister Brian Mulroney bonded with Ronald Reagan. Corporate America remembers his December 1984 address. He appeared at the New York Economic Club. Business heavyweights packed the house to hear him. He didn't disappoint.

He said "Canada (was) open for business." His meaning was unambiguous. US corporations were welcome. Economic integration would proceed. America's sovereignty henceforth took precedence over Canada's. It's been downhill ever since. Before Stephen Harper became prime minister in February 2006, Liberal leader Paul Martin tilted hard right. In 2003, he succeeded Jean Chretien. His 2005 defense policy review stressed integrating Canada's military with America's. He approved redeploying Canadian Afghan peacekeepers as combatants. Harper maintains the same policy. Canadians have no say. He governs in lockstep with Washington. He abandoned Canada's traditional even-handed Israel/Palestine agenda. In 2006, he threw its democratically elected Hamas government under the bus. Doing so showed contempt for Palestinian rights. He showed no concern for 50,000 Canadians in harm's way during Israel's war of aggression on Lebanon. He called its death and destruction campaign "measured."

Modern-day ones are subservient US junior partners. Canada's soul went on the auction block for sale. Like Americans, Canadians are force-fed the worst of all possible worlds. Ottawa allied with Washington's war on Libya. It's partnered against Syria and Iran. It shamelessly supports what it should renounce. Doing so makes it complicit in the supreme crime against peace. It's guilty of crimes of war, against humanity and genocide. It's leaders are war criminals. Iran responded to Canada suspending diplomatic ties. Foreign Ministry spokesman Ramin Mehmanparast said:

"The decision by Canada showed that this country has sacrificed the interests of its nation for the sake of the Zionists by following their policies against Iran." He called Harper's government "racist" and "hostile." He added:

"The closure of the visa section of the Canadian Embassy in Tehran, freezing the bank accounts of Iranian nationals living in Canada, and prohibiting money transfers to Iranian students studying in that country are among the Canadian government's numerous hostile measures against the Iranian nation and the Iranian community in Canada." Senior Iranian lawmaker Alaeddin Boroujerdi accused Harper of "blindly" following Britain, saying:

"The British government certainly seeks to lead its friends to the same path that it had taken. Therefore, this decision was in fact blind acquiescence by the Canadian government."

He added that Canada allied with Washington and Israel's attempt to undermine a historic NAM summit in Tehran. It perhaps reacted to its success. He also called on Iran's Foreign Ministry to respond in kind. Mehmanparast said expect it to be swift.

Britain is part of a US/UK/Israeli troika. It's an axis of evil. Canada supports it. It threatens humanity. It's involved in North African/Middle East/Central Asian imperial wars. It plans more. Independent nonbelligerent countries are targeted. Syrian and Iranian sovereignty are threatened. Almost half a million Iranians live in Canada. Many reside in Toronto. Tehran planned a consulate to serve them. They'll have no representation now.

On Friday, Netanyahu congratulated Harper. He called his move "a bold decision, (a) "moral step," (a) "clear message to Iran and to the entire world." Tehran's successful NAM summit endorsed peace, mutual cooperation, Iran's peaceful nuclear program, and national sovereignty. Netanyahu called it "a show of anti-Semitism and hate in Tehran." Every time he opens his mouth, he puts his foot in it. He displays racist scorn for Muslims, imperial brazenness, contempt for anyone not Jewish, and hostile rage.

Ottawa has had poor relations with Iran since the 1979 revolution. They became strained after former Canadian ambassador Ken Taylor helped rescue six Americans during the 1980 Tehran hostage crisis.

In 2003, they were further damaged after dual Canadian/Iranian citizen/freelance photographer Zahra Kazemi died in custody. He was arrested while taking photographs outside a Tehran prison. Canada responded. It recalled its ambassador. Iran ordered him out after unsuccessfully trying to resolve the issue and agree on exchanging ambassadors. Washington severed diplomatic relations in 1980. In November 2011, Britain recalled its entire diplomatic staff. It followed two days of protests. Hundreds of Iranian students staged it outside London's Tehran embassy. They pulled down Britain's flag and demanded its envoy's ouster.

Without justification, the Cameron government claimed Iranian leaders ordered it. It also expelled its diplomats from London. Days earlier, Tehran downgraded ties to Britain. It was over London's decision to impose sanctions on Iran's Central Bank and false allegations about its nuclear program. Washington, Britain and Israel target Iran for regime change. Top priority ahead is war. Not now, according to Time magazine. On September 5, it headlined, "Worried About Israel Bombing Iran Before November? You Can Relax," saying:

According to some Israeli analysts, Israel's "war of choice" isn't cancelled. It's delayed. Internal opposition and public opinion are against it. Even Defense Minister Ehud Barak now wavers. He's not called "Mr. Zigzag" for nothing.

Netanyahu wants Washington's full commitment. In late September, he'll meet Obama in New York. They'll both address the UN General Assembly. Expect neither to sound benign. Netanyahu's saber-rattling bluster long ago wore thin, but not his hostile intent. He and Obama remain on the same page. Differences are mostly over timing and perhaps strategy.

"For now, the US looks likely to persuade Israel to sit on its hands." Nonetheless, "it's probably a safe bet that war talk will be revved up again come spring" or perhaps earlier post-election.

"Unequivocally, we have no information about a military strike on Iran," he said. In the fullness of time, we'll know.

Pearson's ideas were mirror opposite Harper's and other imperial aggressors. He wanted NATO involved with economic and social issues as well as defense. He supported an alliance for Western free market alternatives to communism. He opposed nuclear weapons. He challenged Washington on policies he believed dangerous, provocative and destructive. In 1955, as Secretary of State for External Affairs, he was the first Western official to visit Moscow. He spoke forcefully against colonial domination. He endorsed sovereign rights for all nations. He supported internationalism, conciliation, and peace. He was a worthy Nobel laureate. His lecture stressed hard facts. Countries have a choice. "Peace or extinction" is in their hands. He added that nations cannot "be conditioned by the force and will of a unit, however powerful, but by the consensus of a group, which must one day include all states."

Predatory nations can't be tolerated, he believed. At the same time, he opposed communism and backed efforts to contain it. He erred supporting Washington's Vietnam War. A later Temple University address challenged America's Southeast Asian role. Overall, he supported peace and peacekeeping. His Nobel lecture named "four faces of peace: prosperity, power, diplomacy and people." As prime minister, peacekeeping was prioritized. Canada has none like him today. Neither do other Western countries. War, not peace, matters most. So does imperial dominance. Ottawa's on board with Washington. Its traditions long ago eroded and died. Some wonder what defines it as a nation. Riding shotgun for America and supporting the worst of Israeli lawlessness give them reason for pause.