August, Syria: Is this the month the FUKUS Three act?

Kofi Annan is not going to prolong his position as envoy for the UNO and Arab League for Syria. The reason is quite clear: the countries which are supposed to be supporting him are undermining his position, although he has invented some other excuse. Meanwhile France takes over as President of the UNSC. Watch this space. 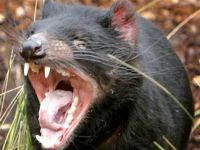 August 2012, France takes over as President of the United Nations Security Council. France, the first member of the FUKUS Axis (France, UK, US); France, the latter-day Napoleonic wannabe, desperate for a place on the world stage as the French language plummets in the ratings and the Brits and Americans behind the scenes make disparaging remarks about their military capacities (Never trust a Frenchman, what? Wow, our aircraft was knocked off the apron by an...Air France??? Oh Heck no, anyone but them!).

Watch this space. François Hollande is a balder version of Sarkozy, slightly more intelligent, a bit more cultured and with a decent-looking packaging, but his foreign policy is a cut and paste version of Sarko the Psycho. For France and its FUKUS Axis friends, arming and financing terrorists indirectly through the Gulf Cooperation Council and lackey boy Turkey, is called foreign policy.

As in Libya, arming, aiding and abetting terrorist forces, on the West's own lists of proscribed groups and therefore breaking their own laws, creating terrorist groups, sending in special forces and selling arms to murderers is considered morally sound and valid. Calling the Syrian Government and authorities a "regime" and criticising them from cracking down on these terrorist elements is the most puerile attempt to sway public opinion - but these days there is plenty of information on the net from real news sites and not the bought media to inform people about what is going on.

And what is going on is that the FUKUS Axis is yet again destabilising sovereign states, drawing lines on maps, and gearing up for an invasion, allegedly planning to use either the UN General Assembly (whose recommendations are not legally binding like the UN Security Council, but which will probably be touted as such in the "media"), obviously skirting round the UNSC because Russia and China are standing behind international law...and who knows, if the ploy does not work, will they sponsor a chemical weapons attack to "justify" an invasion?

With France in the chair at the UNSC this month, everything is possible and after Libya, would anyone put anything, however low it may be, beneath London, Paris and Washington with the current champions of skulduggery in power? After Libya, trust them at your peril. After Libya, take the FU/KUS Axis at face value.