Codex Alimentarius Commission and what we eat

The latest meeting of the Codex Alimentarius Commission in Rome has set new limits on additives to foodstuffs and has set standards for the improved safety of a number of items. Almost half a century after it is set up, why is it still necessary, is what we consume in fact safe and is the list of ingredients complete on food labels? 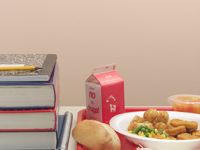 The fact that the Codex Alimentarius Commission is still meeting 49 years after it was set up, and is still setting standards on food safety, fixing limits on toxins that can be used gives rise to the notion that however much effort its scientists are making, we are being slowly poisoned with safe limits of toxins - in the short-term. The latest regulations by this organism, run by the UNO's World Health Organization and the Food and Agriculture Organization, include the setting of limits for maximum quantities of melamine in liquid milk formula for babies. High concentrations of melamine can be lethal and have already caused death and illness in infants. So why is it used at all?

In 2010, this same Commission stated that a maximum level of one milligram per kilogramme was safe in milk and allowed 2.5 mg/kg in other foods and in animal feed. Now the limit for infant milk has been reduced to 0.15 mg/kg.

So, what have our babies been consuming all these years and why has it been present in their food?

This is not only about infant milk powder. Take for example aflatoxins, which are a group of mycotoxins produced by mold. They are not only toxic, as the name suggests, but also carcinogenic. They cause cancer. Yet they are still present in our foodstuffs, to the tune of 10 micrograms per kilo for dried figs...that is, until someone decides that is way too high and downgrades it to 0.1 micrograms. And if you want to go hunting for these carcinogenic organisms, you can also find them in dried fruits, nuts, spices and cereals - sometimes at high levels.

Yet they are on your supermarket shelves.

So as you go shopping for cancer and poisons, don't forget to get your daily dose of bacteria from cut melon slices, which are the perfect breeding ground for such bacteria as listeria and salmonella and have been the cause of numerous outbreaks in recent years. If you prefer to shop for a virus rather than a bacteria, try molluscs such as oysters or mussels, described by the Commission as "a major food safety concern" since they harbour the viruses transmitted in faeces for months.

And only today the Commission "recommends" that manufacturers worldwide label their products with nutritional content. So what have we been eating all this time and who do we sue for the deaths of relatives through intestinal cancers, among other diseases?

I will tell you what happens next. There will be a cynical attempt to hide ingredients behind codes and numbers so that the average person has no idea what they are eating and will just go on consuming anyway, until an accumulation over the years sees something snap inside the body.

Take for instance GM foods. Do you know if you are eating a product with genetically modified ingredients? You would think that products are labelled GM or GM free. They are not. Then foods labelled "organic" are free of GM? No, they are not. "Organic" means it can have up to 30% of Genetically Modified ingredients, the same going for free range eggs, natural eggs or cage-free eggs. In all cases, only foods labelled "100% organic" are GM-free.

As for fruit and vegetables, if they have a 5-digit number beginning with 8, they are GM. How many people knew that?

So happy shopping and healthy eating. I think I am off to get some fish, I haven't had mercury poisoning for ages. Yummy!