Libya, Syria and the defeat of Western diplomacy

Westphalia (1648) set the principles, Helsinki (1975) laid the rules; in 1991, the playground bully started running amok, after subverting the terms of the Helsinki Final Act by a new form of imperialism in the 70s and 80s, using civilian populations as a means to create a casus belli or achieve a means to an end. The bottom line: Don't trust them! 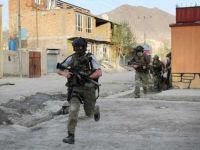 The backdrop was Afghanistan, the tool the Mujahedin and the target was Afghanistan's only socially progressive government, where women's rights were guaranteed, along with universal education, free medical treatment and everything else NATO has been happy to destroy in the last fifty years.

With the counter-weight to NATO removed with the voluntary dissolution of the USSR in 1991, the playground bully started running amok, firstly interfering in the Balkans, arming separatist groups and creating the conditions for the Balkans Wars; secondly interfering in Kosovo by creating the KLA (UÇK) and using Islamist terrorists against Serbia; thirdly lying to create a casus belli in Iraq ("Weapons of Mass Destruction posed an immediate threat to the USA and its allies" - anyone remember that bullshit?) and with the UNO set to defeat the legal route, they chose the illegal one outside the UNSC and invaded anyway; fourthly the false flag events in Libya where the Government was wrongly accused of starting the problem by bombing civilians when the reality was that hundreds of armed terrorists had been unleashed by the west, raping, murdering, torching and torturing and when the authorities tried to restore order, the No Fly Zone turned into Mission Creep as China and Russia were informed the details would be filled in later.

The conclusion? Never, ever trust them again. Libya was the line in the sand, the line that NATO in general and the FUKUS Axis (France, UK and US) in particular crossed with boots on the ground, arming and supporting a terrorist faction in a civil war of their own making, strafing government troops trying to protect civilians, turning a blind eye to the horrific atrocities committed by the terrorists they had armed and financed. As the line in the sand was crossed, the line which stands for common decency, the line which defines diplomatic norms and good relations among the international community, so were the rules of diplomacy broken, so was the history book of international relations ripped into shreds, so were all the conventions and legal precedents created since Westphalia relegated to the gutter.

And the result has been that since 1991, the contribution of the West has been appalling: the Balkans War, the Kosovo War, the Afghanistan War, the Iraq War, the Libyan War and now, Syria, where armed terrorists have once again been used to sow chaos, to murder, rape and pillage, so as to create a humanitarian cause for intervention as the facts are turned on their head, as the news is twisted and as the truth is misrepresented, using demonology and a hostile media to create a monster out of a saint and to sanctify the demon they created to serve their own interests.

They lied time and time again, they lied about WMD in Iraq, they copied and pasted nonsense from the Internet and then changed it cynically to dupe a gullible public spoon-fed "wow! and ah!" stories on the news to a backdrop of drumbeats and external threats, creating the "them" which justifies the "us"; they demonised the Serbs in the Balkans from day one, forgetting what happened to the Serbs in Krajina and elsewhere, they overlooked the atrocities of the KLA against civilians and Hashim Thaçi's boasts that the Albanians carried out terrorist attacks. Then in Libya, they lied about Colonel Gaddafi and overlooked his humanitarian projects bringing e-learning and telemedicine to hundreds of millions of people across Africa.

As for Afghanistan, time will tell the full story of the Twin Towers and the Afghanistan connection, suffice it to say that already in 1998 the Afghanistan project was in place, as Mullah Mohammed Omar himself said in an interview with Dawn magazine, since removed from the Net like so many other documents and photographic evidence.

And today, inexorably, the schoolyard bully turns on Syria, once again arming terrorists and once again lying and manipulating photographic evidence to demonise the saint and sanctify the demon, as the circus prepares to move further eastwards to Iran, which is already being accused of creating nuclear weapons and as Mother Russia sees herself surrounded by a vice grip from the Baltic States in the north around to her entire western frontier, to the south-west and now to the south as the Iranian sword is prepared to be thrust into her belly. "NATO will not move eastwards". Remember those words?

Don't trust them! Don't give them any leeway whatsoever in the UNSC; give them a hand and they grab an arm and a leg. Libya was the line in the sand, they crossed it and destroyed their credibility for the foreseeable future with their Mission Creep, wholly predicted in this column from day 1. They did it before, they will do it again. They will use any excuse to arm any number of UN troops as a means to launch another spectacular mission creep.

The schoolyard bully understands one thing and one thing only: when the brothers of his victims line up in front of him, pull his face up to theirs, look into his eyes and inform him that they will smash his face down the other side of his cowardly little neck if he so much as dares to overstep the line again.

You do not use kids as a cynical excuse for starting a war, especially not if you are responsible for the trouble in the first place and for arming those who murdered them. Is that clear?