Making sense out of Syria

The conflicting stories coming out of Western sources over Houla get more suspicious by the day. Given that the West in general, and the FUKUS Axis in particular, has tried to pull false flag events before, and given that they are itching to find an excuse to enter Syria, no surprises. What is going on? A disgusting manipulation, using kids. 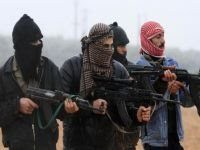 The west (FUKUS Three and NATO) and its terrorist minions in Syria is perpetrating the most appalling and shocking barefaced attempt to dupe the world's governments and people in an attempt to create a casus belli in Syria.

For a start, let us use common sense on the Syria story because it is a story that could easily start a major international conflagration and before we start, let us remember as we discuss who did what that the murder of innocent civilians and in particular children, goes against the grain of common human civilization and violates any norms of decency. These children are the victims and they should be in the forefront of our memories...but let us apportion the blame to who committed the act and not wrongly blame other innocent parties for the crime.

Regular armies do not commit massacres, mercenaries and terrorists do

Massacring children also goes against the grain of what regular armies do, anywhere on the planet. It is by now evident that the "Houla massacre" was not caused by long-range artillery shelling of civilian homes because the bodies are intact and appear to have been killed by knife wounds, close-range shooting or RPG fire. This does not however go against the grain of mercenaries or special forces, whose trademark is slitting throats, as we saw in Libya, where the FUKUS Axis special forces and their terrorist friends ran amok slicing breasts off women, raping girls, impaling boys with sticks, torturing old men and women and murdering, torching and looting. We have seen it before.

They have tried it before in Syria

And given that many of the so-called "Syrian" terrorists are in fact these same Libyan terrorists, we now start to read the book and the story with other eyes. It is patently obvious to those of us with international contacts that the FUKUS Axis is itching to get its claws into Syria and will try to do so first by creating false flag events, as it did in Libya, as it did in Iraq, as it did in Kosovo. The chemical weapons attack (chemical weapons allegedly smuggled to the Turkish border from Libya) outed by me in this column several months ago before they had the chance to carry it out did not materialize, and now we have the massacre of Houla just as Kofi Annan appears, on cue to start a massive media campaign.

Now when Russia told the story as it is, there were at first howls of derision from some of the same media outlets, but now silence as they see their story failed. So what next? An Iraq-style attack outside the UNSC, hoping that public opinion would carry them through on the backs of the children they massacred or had massacred?? Is this after all another western mail-order massacre? If so, how callous and evil can you get?

Firstly, regular armies do not go around slaughtering children. Secondly, there is plenty of evidence of excellent relations between the Syrian Armed Forces and the children they protect from this western-backed scourge. Thirdly, we saw what the western-backed terrorists are capable of in Libya.

Fourthly, the immediate allegations were of sustained artillery barrages. Why then are the bodies intact? Why has the story now changed? Fifthly, would anyone put it past the terrorists to dress up in Syrian Army uniforms and try to incriminate the authorities? Sixth, what about the claims by the Syrian government that it had nothing to do with the massacre, after admitting there were terrorist elements in the area? Why are they ignored?

Point number seven: How can the west argue that "even if the massacre was not committed by the Syrian government, the fact is that it failed to protect the people" a day after it accused the said government of the same? Point number eight: Who is financing and arming the Syrian terrorists?

Point number nine: Who profits? Are the Syrian Armed Forces going to massacre children under the noses of the UN inspectors? Would the Syrian Armed Forces or any Army formation do such a thing? Of course not. It was a staged mail-order massacre, ordered by the west, perpetrated by their terrorists in Syria and peddled on their media outlets. What a cynical and disgusting manipulation of the truth, using tens of children as victims.

Those who have tried to make footage from this should be disgusted with themselves and may their souls burn in Hell for the rest of eternity. How disgusting, how despicable and how shameful, Messrs. Cameron, Hague, Clinton, Obama and Hollande.

"Large numbers of militia from Ar-Rastan attacked on May 25 at 20.00 two villages in the Province of Homs - Tal-Dow and Al-Hula. Now, the village Tal-Dow under the control of government forces. There, as well as in Al-Hula, militants killed young children. In particular, in the same family killed three children - two boys and a girl, the eldest of whom went to the fifth grade. Their mother was raped and shot. All killed in his house shot in the head".

"Apparently, the purpose of this operation was the adoption of UN Security Council resolution for the start of NATO military operations in Syria. To do this, the international community planned to provide eerie footage of dead children allegedly killed by aircraft and artillery Bashar Assad".

To exert pressure on public opinion and changes in the right direction positions of Russia and China have been prepared in advance texts and subtitles in Russian and Chinese languages, to read: "Syria - Homs - the city of Hula. A terrible massacre perpetrated by the Syrian regime of force against civilians in the town of Hula. Dozens of victims and their number is growing, mainly women and children were brutally killed by indiscriminate bombing CITY".

"Coordinated terrorist attack squads began the evening of May 25, in the dark. Filming of the corpses of children were made in daylight on May 26, while the titles to these videos in Russian dating back May 25".

"We here took place the massacre, and we want to see Al Jazeera took off that there has actually happened, not what they passed by unknown people.

Block positions were attacked by police. All the soldiers were killed, then they attacked our villages, torched a hospital in Al-Hula.

Bandits killed our pharmacy next to the pharmacy for a fact that he has treated a wounded soldier.

Nobody but the army will not help us. In anticipation of the arrival of Kofi Annan, went escalation of violence, and increased the number of terrorist attacks. Our children can not go to school, we can not go to our fields, our gardens and on the job.

That was yesterday - it's unbelievable cruelty. Thousands of militants from the Al - Rastan attacked the town, killed all the soldiers at checkpoints. Burned the city hospital."

"The terrorists who want to come here ostensibly free to take power. We have always lived in peace. We cannot leave the house. Twenty-six hours we were hiding in their homes because of the bandits.

" They say airstrikes have been!. Lies, lies, lies. Liars, all of them come from Ar-Rastan."

" We are from the villages of Al-Gaunt, which is located next to the Al-Hul. Nine terrorists killed my relatives in the field. The bandits set fire to our houses and we fled into the Al Gore, but there were bandits who kill us, we have a martyr, who was burned alive.

Why, by what law did they die? Is this Islam? Is this justice? All this from Hammad from Qatar. Hamad (emir of Qatar) is you now satisfied?"

1. Interview with RT: "The children don't seem to be the victims of shelling or artillery, but of direct killings from a short distance," she told RT. "Therefore it doesn't seem possible to make a connection between the accusations by the opposition that the army attacked Houla with heavy weapons and the way the children were murdered."

"One of the videos on YouTube in Spanish says 'Assad bands killed children in Hula,' but in fact shows images of children in houses that SANA and Press TV say were killed by armed groups of the opposition in other villages."

2. The videos in youtube concerning the martyred children show different locations (http://www.youtube.com/watch?NR=1&v=7B2_iY9ALpg&feature=endscreen) and

One wonders where those children were killed and where they are.

3. Here another video shows children and says "the hands were tied before the execution": http://www.youtube.com/watch?v=-DhJoeorfDY&feature=related. Very strange. Nonsense to tie the hands before killing them! So it means the hands were tied after: therefore those showing the children fabricated it...

Comment: So the hands are tied and they die in massive shelling? They tried this nonsense before elsewhere in other mail-order massacres

4. I don't see any videos showing true bombings and artillery firing. Typing on Google "Hula massacre" one can see a video (on Hula?) showing men in the street who run after the sound of firings, leaving some bodies on the ground, but some of the running men have Syrian official flag not the one of the opposition...http://www.youtube.com/watch?v=o84kc_Y1Gfo

Once again, another western lie, a cynical and revolting lie, using the deaths of children as a pretext for invasion. Ladies and gentlemen, it does not get much lower than that. Who is going to stop the FUKUS-NATO onslaught against humanity?