Greece: Show us how it's done!

Go on Greece! Show us how it's done! You gave us political democracy, now show us what economic democracy means. The choice is nuclear: the Drachma (translation: "handful") over the Euro ("empty hands"). After seeing what the European Union gave us, time for a radical, courageous change of policy. Who could argue otherwise? Here's how it's done. 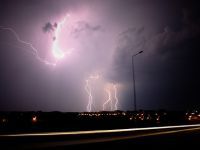 The choice is nuclear: the Drachma ("Handful") or the Euro (empty hands)? Before we get to the choice, let us all agree on one point: the European Union is paying the consequences of going too far, too fast, in an arrogant, top-down approach, implementing measures which were not fully understood by an over-zealous faddish army of Eurocrats (politicians who failed at home and have stubbornly produced what we see abroad). Now the Union is at a crossroads as a consequence of these failed policies. What to do?

The question right now is what Greece should do

Well, not exactly. First Greece, then the rest of the European South. Greece can show them how it is done before the entire castle built on the sand comes crashing down.

Well, after Greece they will see it is too painful and will do what they can to remain within the Eurozone and certainly, the Union

Not true. The process of leaving the Euro does not have to be painful and can be as easy or as difficult as the powers wish to make it. The second point is the fact that remaining inside the Eurozone causes more pain than any short-term consequences of leaving it.

That is also not true. You have to ignore the scare-mongering of those who are desperate to see their dear little pipe-dream going up in smoke, you have to ignore Barroso barking in Brussels about austerity. They do not understand the meaning of the word as they scuttle around in motorcades of limousines from breakfast to brunch to lunch. But in fact, the mechanism is perfectly simple. Let's talk it through.

Talk what through? It is impossible for a country to leave the Eurozone or the EU without a calamity

Not true. The legal framework is set by Maastricht (1992) and Lisbon (2007). The former does not foresee an exit from the Eurozone without an exit from the EU and Article 50 of the latter sets out the terms for such an exit, namely that the State wishing to withdraw has to inform the European Council of its intention and the Council then produces, by qualified majority vote, the terms and conditions for the withdrawal. These can be as easy or as complicated as they wish to make them, basically, using goodwill or bad will.

But the mechanics of a withdrawal are impossible

No, they aren't. The short-term scenario has a mechanical process and, obviously, consequences. It all boils down to governments using the G-word, Governing. Ideally the government of a State wishing to exit this club would start the process some four months in advance of the announcement, in a preparation period.

The first question is the transition phase to the new currency (NC) which could well have the same name as the old currency that the country used for decades. The exchange rate would have to be set upon withdrawal - no big deal there. With the withdrawal of the "toxic" State from the Eurozone, the Euro would appreciate in value and the NC would most likely depreciate, which need not be such a bad thing. This has been done before and perhaps the best example of the mechanics of the process is provided by the "divorce" between the Czech Republic and Slovakia in February 1993, implementing the Czech and Slovak Koruna.

The act of printing enough NC would best be done in the preparation period and thus would be avoided an interim period in which two currencies circulated, the Euro and a temporary NC; banks would also be well advised to use the preparation period to adjust their accounting practices and clearing systems and prepare their software. The retail sector would also have time to prepare in exactly the same way as it prepared for the advent of the Euro.

OK that is how it is done, but the consequences would be chaotic

Why? Why should they be? For a start, let us send a clear message to all the EU governments: after creating this mess and imposing this nightmare upon us - those who spent their entire lives working and studying and paying taxes exactly as we were asked to - don't you dare impose any measures which place an even heavier burden upon our shoulders.

Why chaos, if intelligent policies were pursued by Governments using the G-word approach during the preparation period and the launch of the NC? Bank deposits and internal debt would either remain in Euro or be re-denominated in NC and it would be the domestic courts deciding upon how this was done and for how long, not Brussels, not Barroso and not Berlin. After all, it was Brussels that created this situation by financing countries not to produce. While Brussels perhaps did not know what it was doing, Berlin certainly did.

Government guarantees would have to cover external debt and mortgages would have to be re-denominated - but at the corresponding NC level. They need not rise; why should they? The original contract was for a certain quantity of money over time; there is nothing in mortgage contracts covering an increase in payments over the original agreement and a change in currency.

Finally, capital controls would have to be implemented to prevent a run on the banks or a sudden outflow of currency.

So contrary to what everyone is saying, you are not that pessimistic

No, I am not. As I said, the whole process can be as simple or as complicated as they wish to make it. There are also medium-term advantages. The State withdrawing from the Euro would immediately be free to enter into bilateral financial agreements with foreign countries. With a devalued NC, exports would grow rapidly, jobs would be created, unemployment would decrease, living standards would improve, the fiscal revenue would rise and a decreased burden would be placed upon the State and the citizens.

The State would be master of its destiny and the destiny of its people. National law and customs would once again rule over stupid EU norms such as outlawing the sale of packets  of seeds of mixed salad leaves. National currency could be used as leverage to weather the storms inherent in this imperfect market-oriented model of capitalism and to create buffers as it lurches from boom to bust as it is so prone to doing. A depreciated NC would provide a boom for SMCs as they invested in new opportunities, hopefully aided once again by a socially proactive model of Government.

In short, the choice is decades of austerity, unemployment and poverty, social chaos, rising crime and hopelessness which is the solution offered by Brussels, or what I have set out above. Greece, over to you, please show us how it is done.