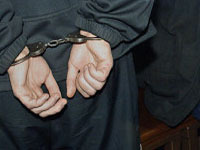 Miriam Elder's May 2 article in The Guardian "Russia Today's Rape Apologia for Ched Evans Reflects the Country's Attitude," ends with this passage: "Russia has a woeful record on women's rights in general, and acknowledgement of rape, marital violence and sexual harassment in particular. Once a leader in the feminist struggle, it is now a haven of reactionary thought on gender roles. There are particular historical reasons for that, and a discussion on the trend is just beginning. But that doesn't mean that anonymous authors, promoted by the state, should be allowed to broadcast their hate-filled views to the world without recourse.

With follow-up, that ending seems better suited for the opening salvo of an opinion piece. Elder's posted article reads like an editor might have awkwardly chopped her submission into a cut-to-fit edit.

Political differences aside, whether in Russia or elsewhere, the issue of sexual abuse warrants substantive attention. According to international criminal statistics, Russia does not stand out as a country excessively afflicted with such behavior. However, these figures appear like they could be misleading on the premise of inconsistent reporting - which in part has to do with the perception of varying discomfort levels that rape victims have in different countries, when it comes to disclosing their experience.

Regarding Elder's broadly stated comment about Russia having progressive and reactionary periods on gender roles: there were plus and minus factors during the pre-Soviet and Soviet eras. Some immediate thoughts come to mind on this lengthy topic. Catherine the Great, is viewed as an enlightened leader in her time. A good portion of the sexist commentary about Catherine comes from Western sources - something that Robert Massie takes issue with, in his well researched book about her. In addition to some positive gains, the Soviet period had negatives, including the sexually abusive acts attributed to Stalin's security chief Lavrentiy Beria.

As written, a convicted British athlete, a "Russia Today" (RT) posted opinion piece on that story, Vladimir Putin's intended off record discussion with Israeli officials from several years ago and Julian Assange's presence on RT, serve as focal points in Elder's commentary. (Actually, the "Russia Today" name has been formally dropped, with RT being the full name of said media network.)

Ched Evans, the British football (soccer) player in question was recently found guilty of raping a 19 year old woman, who a jury deemed as too drunk to consent. In 2003, Los Angeles Lakers superstar, Kobe Bryant, was accused of a somewhat similar he said/she said occurrence. Bryant settled the case against himself, while not admitting guilt. Evans has indicated his intention to appeal the decision against himself.

The cases concerning Evans and Bryant have been covered with the backdrop of the sex appeal status of star athletes. These matters have drawn a diverse range of opinions in the United States and United Kingdom. One can intelligently question the outcome of the Evans case without being lax on rapists. It is the type of topic that can draw heated comments among the varied views.

Over the course of time, RT has done numerous segments involving the subject of rape. That news organization does not appear to be soft on the aforementioned topic. By the way, RT's chief editor is a woman (Margarita Simonyan), which is not true of some other news networks. Then again, the trumping or deemphasizing of a woman's appointment can be politically motivated, in a way that is contrary to a relatively objective accounting.

The anonymously sarcastic prose of the RT article brought up by Elder is something akin to the onetime Moscow based webzine known as The eXile. A commentary venue like The eXile seems to operate with an accepted understanding of having looser parameters than a major worldwide television news network. Although bearing some similarity, the RT article in question is not as provocatively worded as much of The eXile's commentary. Nevertheless, there is a basis to believe that RT should have chosen a more technically written piece on an issue such as rape. RT has posted a reply to Elder, denying any intention to belittle rape.

As reported in 2006, Putin made a jokingly off record remark to Israeli officials on Israel's then president Moshe Katsav's sexual prowess, when Katsav was accused of rape. (Katsav is now serving a jail sentence regarding that charge.) Reports of this situation say that the Russian and Israeli delegations were overheard laughing.

Rape is not a laughing matter. That said, within unintended hearing distance, confidential guy talk, as well as confidential gal talk, are prone to lewd comments that can be misconstrued. Some of the participants in such discussions do not always come across as being more ethically challenged than some of the politically correct agendacrats. In closed company, someone fitting the former grouping recently made a lewd remark, while simultaneously expressing discomfort with a recent scene in the Mad Men television series, depicting a 13 year old, who unexpectedly witnessed oral sex between a married woman and a man other than her husband.

Putin is a well covered person, who has two daughters, whose photos are not publicly released for security reasons. He prefers to keep his family life confidential. This is understandable when considering the smut element that is out there. For whatever his shortcomings, Putin does not come across as someone favoring sexual violence against women.

Julian Assange has not been found guilty of committing sexual assault. RT's decision to utilize him is an arguably questionable move, that is not out of line with the idea of innocence until proven otherwise.

The biases against a given country continue to show instances of hypocritically applied standards in news reporting and commentary. Over the years, Jewish-American female visitors to Israel have included the opinion that getting groped there is more likely than in the United States. In Israel, some married Orthodox-Jewish men, among others, have been known to frequent brothels, featuring disadvantaged shiksas from central and eastern Europe. Israeli prime minister Benjamin Netanyahu acknowledged having an out of marriage affair, along with a series of failed marriages.

In addition to Katsav's rape background, the highlighting of particulars in the last paragraph gives an incomplete and inaccurate image. Israel has had a woman prime minister (Golda Meir) and two women foreign ministers (Meir and Tzipi Livni). A few years ago, Russian State Television ran an upbeat segment on an all female Israeli army tank crew.

On the matter of Russian perceptions of Israel, in "the Kremlin's English language propaganda channel Russia Today" (as termed by Elder), a Russian analyst, writes of some mutual Russian-Israeli interests, serving as a basis for closer relations between the two countries.

This article initially appeared on May 9 in Eurasia Review