The Hypocrisy of Republicanism

It is said that Republics are the ultimate will of the populations, a government of the people, for the people and by the people. This is, after all the call of all the would be political dons, in any and every monarchy from the 1910s to today. 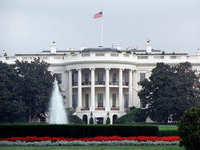 Constantly the republicans screeched in every monarchy, and continue to do so in the remaining ones, to have referendums to know the people's will. That is, let the people decide what form of government to have.

The problem, in all of this, is that once the first referendum has been had, if it turns out against the republicans, they simply proceed to screeching and demanding more and more referendums, that is: we'll vote till we get the results we want. In between, they are busy bribing one group after another to their side, with promises of wealth redistributions and power.

Fine enough, though, what is the harm in this? Right? After all, if the people decide to try a Republic and do not like it, they can always go back, right?

Here is the bait and switch. Like all revolutionary groups, and do not mistake for a second that a republican is some conservative, freedom loving chap, they are all for the right of the people to choose, until they themselves are in power and swimming in the largess that they provide for themselves. Every single constitution written by these fine fellows, forbids the people from changing government. Sure they can vote for one corrupt bastard or another, for one bought out party or another, but they can not vote out the government and implement a different system. All such patriots are listed as traitors, worthy only of the gallows.

There has only been one exception, where a referendum was held: Brazil in 1993.

Further, in no historic European monarchy, of the late 1800s or 1900s, was the difference in wealth as great between the aristocracy and the common man, as it is in most republics with the politicians being backed by their oligarchical elite. For, with the removal of the monarchy, as the father/mother of the nation, with the focus on the whole of the nation and thus with the removal of the Church and Tradition, from the raw acquisition of wealth, the oligarchical class quickly scoops everything into their hands, not through fair competition, but through their personal bought and paid for politicians.

Equally the rights of the people are constantly eroded and destroyed by those very political animals that those foolish people empowered and the oligarchs promptly bought.

So, where is the will of the people? Dead with the Republics they foolishly created.

The article originally appears on the author's blog Mat Rodina. Reprinted by permission