On National Truth Day, the Truth

Since today is National Truth Day, let us tell the truth, straight from the shoulder, right between the eyes, no holes barred, no diatribes but the truth, the whole truth and nothing but the truth and here it comes: either the economic system adopted by the vast majority of nations simply does not work or else most Governments are not up to the job. 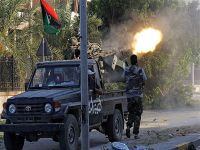 It provided me with free or subsidised basic necessities and it provided me with special shops where I could obtain luxuries if I wanted them, it provided me with security of the State, opportunities to travel, for free and safety on the streets. I could walk around at any time of day or night without fear of being attacked by a drug addict, getting a house was not a drama which indebted me until the end of my days in a climate of extreme job insecurity in which the worker never knows if he/she is to be made redundant, or whether some giant corporation is going to take the company over and outsource production to Inner Mongolia or Burkina Faso. My needs during my entire life were provided for by the State from before I was born to the moment I died and yes, even my funeral was paid for.

For those who would criticise this opening, and counter saying "Yes but how to do pay for it?" the answer is perfectly simple. The Soviet Union, for instance, provided the same facilities I am speaking of and more and at the same time spent two hundred and fifty billion dollars a year on development programmes overseas, building hospitals and schools and universities in the countries it had liberated from the yoke of imperialist tyranny. So the answer is apparently "It is as easy or as difficult as political will wishes to make it".

For others who wish to bring parallel issues into the debate I would underline that this article is about the provision of public services by governments.

Now let us see what this system, which they tell me simply did not work, has been replaced by. Let us start from the beginning. It is safer to have your child at home these days because the nearer you get to a public hospital, the more likely you are to get a viral or bacterial infection which will see you get out of there worse than when you went in, or in a coffin, which by the way will cost you a fortune.

The notion of a free public education has become a joke and a distant memory. Getting a child into a free nursery school is a drama, getting the child into a free state school from which he or she will emerge twelve or thirteen years later able to read and write is an enigma, which is hardly surprising given that the teacher will be found cowering under a desk as thirty out-of-control monsters run amok.

A University education entails coming out of it heavily in debt, a Master's Degree or a Doctorate have become an elitist pipe dream and why bother anyway because the work market will either not provide a job at all or else consider the candidate over-qualified. Induction courses at work have now taken a nasty turn in which future employees pay for their induction course, to the tune of several thousand dollars each and yes you got it, the bottom line does not guarantee a place in the company. Imagine what happens next.

For those who get jobs, if they are lucky enough to get a permanent contract they will be abused at work by glowering looks at the clock if they dare to fulfil the timetable on the job description and they will be constantly looking over their shoulder wondering when they will be summoned with the bad news.

Buying a home has become something for the rich because the banks have stopped lending and when they do, it is a ridiculous percentage of the value of the home, meaning the buyer has to cough up tens of thousands of dollars. Healthcare is a negotiation, dental care a niche. Public utilities are sold at absurd rates which defy logic, which see the elderly freeze to death in their own homes. In fact the entire system is an insult to the user from day one through to the funeral, which costs thousands of dollars.

So if this system is so much better that the one it replaced, what are governments doing to provide adequate healthcare in a climate of excellence and competence? What are they doing to provide proper, disciplined classrooms? What are they doing to prepare children for the workplace? Why have they destroyed universal education by turning it into a business yet continue to waste billions and billions and billions every year on NATO for example, bombing kids overseas to bring them freedom and democracy, supporting terrorists to overthrow oil-rich governments using cynical excuses?

Surely, if governments are in place, there are some expectations and responsibilities placed upon their shoulders? Or have I missed something?