Our youth and our collective responsibility

The UNO is worried about the world's youth and is stressing the need to provide reproductive health care as more and more young people contract HIV/AIDS from early sexual relations and as more and more young girls become mothers in their teens, giving rise to greater numbers of single-parent families. Where have we gone wrong? 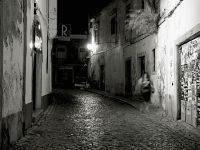 Looking at the world around us, it seems as if we are going backwards. Despite the billions spent on educational programmes, the message is not getting through that if you have unprotected sexual relations, you have a greater chance of contracting HIV/AIDS; over two thousand young people per day contract HIV/AIDS from sexual relations, according to the WHO statistics. Two thousand per day is 730,000 per year.

Across the globe, an increasing number of parents seem to have grown up without the notion of what parenting is, devoid of any sense of responsibility as the working mother has replaced the professional housewife at the same time that authority has been taken away from the educational institution and as the grandmother is left cowering in her home terrified to venture outside. With the break-down in family units and social values affecting society at an exponential level in some areas, how can we envisage a brighter future in cities devoid of marauding gangs of drug addicts, wanton and gratuitous violence, robberies in which cruelty is now becoming a constant factor? How can we envisage cities in which people are able to walk around freely without fear of violence or lie in bed at night without wondering whether that sound was an intruder trying to break in?

Yet how can we blame our youth, when they come into a world where adults themselves no longer adhere to values at any level? The higher you go, the more corruption and seediness you find, the epitome of which being the attack by the FUKUS-Axis last year against Libya, not because Colonel Gaddafy was a dictator, which he was not, not because he was hated and despotic, which he was not, but rather because he was costing western countries billions with his Pan-African humanitarian projects, for which he was to receive a UN award in 2011 and because he planned to introduce an African currency which would have caused a financial tsunami in the FUKUS capitals and markets.

That a Nobel Peace Prize laureate (Barack Obama) could take part in such a savage attack, in which the British Foreign and Commonwealth openly backed the LIFG, a terrorist organization on its own proscribed list of terrorist organizations, says it all. That the indictment below, sent to the ICC at the Hague and the European Court of Human Rights without even receiving the courtesy of an answer, says even more.

Time for reflection, time for change, starting at the highest level: ethical foreign policy, in which the same set of weights and measures are applied to all, in which blind eyes are not turned when Israel strafes civilians with phosphorous for example, in which international law is followed and upheld and not bent. In this, the Russian Federation among the champions, having constantly stressed the need for foreign relations based upon debate, discussion and dialogue, using the UNSC as the proper forum for crisis management.

At the other end of the spectrum, if parents cannot be relied upon to implement parenting skills (which are only after all common sense) then the answer is parenting contracts in which the rules are laid out and in which the parent is held accountable for the behaviour of the child - and in the absence of such an exercise of authority, the State provides the Institutions with the authority they need for people to develop in, and enjoy, the societies in which they live.

Surely, it cannot be that difficult?