February 21 is International Mother Tongue Day. If we remember that around 230 languages have become extinct since 1950, that languages represent culture and hold the secrets of the history of a people, then we have much to do to make sure the trend reverses. The Norwegian Government has taken a first step in sponsoring the UNESCO Language Atlas. 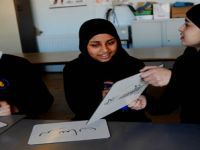 The latest edition of the Atlas dates from 2010 and is available in English, French and Spanish (1). It shows around 2,500 languages of the existing 6,000 and lends credence to the generally accepted notion that around half of these - namely, 3,000 - are endangered. The Atlas categorises languages as safe (57% of the total, spoken by all generations; intergenerational transmission is uninterrupted); vulnerable (10% - most children speak the language, but it may be restricted to certain domains (e.g., home); definitely endangered (11% - children no longer learn the language as mother tongue in the home); severely endangered (9% - spoken by grandparents and older generations; while the parent generation may understand it, they do not speak it to children or among themselves); critically endangered (10% - the youngest speakers are grandparents and older, and they speak the language partially and infrequently); extinct (no speakers alive).

Around 200 languages worldwide are spoken by fewer than ten people, these being part of the 43% of the world's languages that are endangered. Top of the list is India, with 198 endangered languages, followed by the United States of America (191) and Brazil (190) (2). When a language dies, a culture dies, the collective identity of countless people who spoke it throughout its history is lost, their aspirations buried, their characteristics destroyed, what makes them special or different or unique is blown away with the passing wind, never to be found again.

As rural populations flock to the city, in many cases they leave their roots behind and the tongue of their forefathers is relegated to second position. The search for survival, the quest for material comfort, dictates the death-knell for centuries or thousands of years of tradition, culture and history.

By being aware of what is happening, we can strive to document the linguistic heritage we have. The Norwegian Government and UNESCO have taken an important first step by providing a useful database. For those members of the world community interested in documenting languages, and recording them, the Internet provides a powerful resource and there are a number of encouraging examples from recent years.

One of these was Ned Maddrell, from the Isle of Man in the British Isles, who when he discovered he was the last surviving speaker on Manx, took part in recording all he knew for later generations to be able to revive this ancient Celtic tongue. Other examples are Livonian (Latvia), Yahgan (Chile), Hebrew (Israel), Welsh (Wales), Breton (France), Catalan (Spain), Andoa (Ecuador), some of these spectacular examples of how a dying language can be revived and turned into a living one.

Finally, speakers of languages can do a lot to protect their tongue by refusing to use foreign words to replace their own, something Castilian (Spanish) does very well.

The Portuguese version of Pravda.Ru is actively engaged in projects in Africa to catalogue not only languages, but also traditions, gastronomy, dances, rituals and so on, to make sure that cultural expressions are not lost for good. Let us all remember Mother Tongues on this day and use this year to make a difference, documenting out collective wealth for future generations to enjoy. We are, after all, the guardians of what we inherited.

Are we going to sit back and leave the world a poorer place?