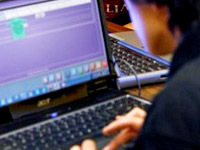 Soon after the US plans for restricting the online space in form of SOPA (Stop Online Piracy Act) and PIPA (Protect IP Act) were exposed last year, concerted efforts were initiated by the Asian super powers, especially Russia and China, to tackle this complex issue. In September, last year, Russia and three other countries from the Shanghai Cooperation Organization (SCO), including China, Tajikistan and Uzbekistan, pushed for a UN resolution that was aimed at promoting peace and security in the cyberspace among all nations. On September 14 2011, the permanent representatives of the aforementioned states in UN sent a letter to the Secretary General calling for a code of conduct to be unanimously formulated and implemented for internet and use of technology by the UN member states. As hacking attacks and social media are becoming popular and growing with rapid pace, the extremist and terrorist narrative is now easier to spread across the world, which calls for a timely action.

The purpose of the letter specifying the code was to reassert the rights and responsibilities of states in information space, promote their conservative and responsible behaviors and enhance their cooperation in addressing common threats and challenges in the cyber space as well as helping the underdeveloped and developing states to progress in a positive manner through advancements in technology in order to maintain international peace and stability. In simple words, the letter was an initiating tool for fighting cyber wars, cyber crimes, cyber terrorism and monopoly and misuse of technology by a single State against any other state. This draft was unacceptable to the United States as it proposed sovereign right of states to manage their internet resources, a unanimous global mechanism for internet governance and prevention of leakage and usage of State secrets against that State.

Similarly, in the 8th East West Institute's Worldwide Security Conference relating cyber crimes and cyber space concerns in Brussels, Russia opted for a universal code of conduct for the internet. Russia proposed the same idea, which was presented in form a letter to UN that was greatly appreciated by various participants of the conference. "Cyberspace is becoming a place where a lot of forces are fighting for leadership, and thus a unanimous code must be adopted", said an official, who could not be identified because of the conference's rules of maintaining the member's anonymity. Currently, the US holds an unchallenged authority over the internet through the Internet Corporation for Assigned Names and Numbers (ICANN). ICANN holds the power of bringing down any site or its part contrary to aims and objectives of the US military and their operations. That is why, the Russian proposal, which seems to be a rational one, is unacceptable to the US administration.

According to a security analyst, Andrei Malashevich, political dialogue has become extremely important as USA has declared its right to respond militarily against any action of cyber war. "The Internet - a country with a billion people has emerged but it has no laws. However, the Americans were the first to explore it by trying to introduce legislation, naturally in their own interests. NATO and the EU joined them without delay. However, when taking into account the ranking of the partners, it will be much more interesting for Russia to do this under the aegis of the United Nations rather than NATO and the EU. A year ago, when discussions on the issue were started, the participants could not understand each other at the level of departments. At present, when the operative services are involved in working out documents, they are displaying the desire to develop an effective tool. All these are first steps and intentions. Unfortunately, there is no distinct doctrine yet that could be the basis for an international agreement," he says.

When the SOPA and PIPA acts were presented in the US congress for approval, mass protests took place worldwide as they were deemed to be a direct attack on freedom of expression and most importantly freedom on internet. And when it seemed that the world may have taken a lesson of not proposing such restrictive laws, the European Union, in form on ACTA (Anti Counterfeiting Trade Agreement), proposed another regulation on lines of SOPA and PIPA.  So far, the legislation has flared up mass protests in parts of Europe, including Poland, Sweden and Slovenia, coupled with the Hacktivists (activist hackers) bringing down important government sites. This agreement has taken many years in the making with the Music and Movie giants of USA and Europe considered being its main lobbyists.

The combined effect of ACTA, SOPA and PIPA could easily be termed as Internet Colonialism where a few western powers, through their implementation, are seeking to gain complete authority over the internet.  Although initiators of such regulations may consider imposing them as an easy job, the recent protests on internet , including the blacking out of Wikipedia - the third most visited site on internet, proved that was not be the case. Although the mass international protests by online activists and users have temporarily suspended the approval and implementation of these regulations, one can expect such documents to haunt the cyber world in future.