The history book will speak about February 4, 2012 for many years to come, so deep are the implications for the geopolitical reality of today and the future, so critical the moment for international law.  More fundamentally, a line was drawn as to what is acceptable marking where good triumphs over evil and staking out where right rules over wrong. 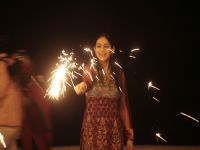 The sinister and demonic snarls from those responsible for external affairs in the FUKUS-Axis (France, US, UK and Israel) were a very clear sign of the evil that is lurking beneath the surface of this lying clique of supporters and instigators of murderers, torturers, rapists and terrorists.

The sheer insolence of Susan Rice, the US Representative at the United Nations Organization was as telling an outward revelation of humiliating defeat as that annoying Yorkshire brogue of William Hague and the squeaky chiding of Monsieur Alain Juppé. It was almost as if the playground bully had been smacked one in the face, and stood there in that second of silence which seemed like an eternity as the other pupils looked on, shocked, a little afraid of the consequences yet deep down stifling a "Yes!!!" just before the bully broke down snivelling in tears and ran home to mommy.

And one cannot underestimate what happened on February 4, 2012. It was not three against two; it was two against one because nobody in their right mind can deny that the FUKUS-Axis is ruled by Washington, as Britain tries to retain the title of Great by snuggling up to its former colony, a brat that turned into a monster, and France...well, as usual, will climb into bed with any new kid on the block. Since nobody could claim with an iota of credibility that the foreign policies of Moscow and Beijing are in any way tied, except by logic, then it becomes clear that the UNSC vote on Saturday February 4 in New York consisted of two axes of right and reason (Moscow and Beijing) speaking louder than the FUKUS-Axis and the many members of the international community which ask "how high?" when told to "jump!"

Such is the world we live in, or rather, lived in - the playground bully managing with a look, a stare or a menacing glower to send the other users cowering into silence. Not any more. Not after Iraq, not after Libya. Playtime is over, the bully got a monumental smack in the face and fell to the ground plum on his backside so hard he bounced twice before blinking in amazement.

On February 4, 2012 the Russian Federation and the People's Republic of China said NO! NO! to the sinister clique representing the energy and weapons and drugs and banking lobbies which control the policy of Washington and thereby NATO, the FUKUS-Axis and many members of an obedient international community who may whisper things behind closed doors but who stand to attention when the Master walks into the room.

But the ambitions of the FUKUS-Axis have nothing to do with freedom and democracy. Women's rights in Iraq are far worse than under Saddam Hussein, women's rights in Afghanistan are far worse than they were under the Soviet-friendly Progressive Governments, women's rights in Libya are starting to take a turn for the worse. For France, the UK and US it has nothing to do with freedom and democracy, otherwise why did they refuse to allow the Libyan Arab Socialist Jamahiriya to hold a free and fair democratic election after 95% of the population turned out in support of Gaddafi?

It is difficult to imagine how Susan Rice, Willian Hague, Alain Juppé and their puppet-masters in turn controlled by the lobbies mentioned above can seriously look the camera in the eye and make statements such as "The United States is disgusted" or "Russia and China have turned their backs on the Arab nations" and expect to be taken seriously. Moreover, such shallow statements and such sheer pig-faced insolence reveal the utter incompetence and incapacity these people have to be in their jobs; one wonders how they got there in the first place.

What happened on February 4 was that there was a free and fair democratic vote based upon the "evidence" provided from Syria of a "Government massacre" and from the previous behaviour of the FUKUS-Axis. While the credibility of the first is as risible as the US claims in the UN that Iraq had WMD (remember?); in fact it was the Allouite community tortured and murdered by the Turkish-backed pro-FUKUS-Axis terrorists and the bodies, tied and gagged, bandied around before the cameras, the Opposition claiming they had been killed by tanks and mortar fire, and this, a week after chemical weapons were taken to the Turkish frontier to stage a false flag event (caught before it happened, they never went ahead); the second leaves so much to be desired that nobody can ever believe a word or document iterated or signed by Washington or its poodle states. After Iraq, after Libya, never, ever again.

And in this free and fair democratic election, the FUKUS-Axis lost, pure and simple. They waltzed into that room with their pig-headed arrogance clear to see in their faces and they walked out snarling and growling like demons in an exorcism, in total humiliation.

What was defeated in New York on Saturday was sheer evil, defeated were the demonic intentions of corporate greed implemented through the FUKUS-Axis governments, fronts manipulated into power by a sinister control of the mass media while in the first days after taking office the corporate representatives close ranks behind the new regime, making it clear that any slip will be met by a dramatic sweep of the carpet underfoot.

If Susan Rice is so obtuse that she does not understand what is going on, then here it is straight from the shoulder slammed right between those eyes: Stop arming the Enemies of Syria, and the Government forces will not need to protect the civilians.

The sequel to this story, we shall see. Will they press ahead anyway as they did with Iraq? Will they flout international law and do a spectacular mission creep, as in Libya? One thing is certain: it has nothing to do with freedom, it has nothing to do with democracy. It has to do with the corporate greed of those controlling the politicians pandering to the whims of the sinister grey barons who control policy. It has to stop. It was stopped. It was stopped on February 4, 2012 and full marks to Russia and China.