Sustainable Development: Where are we going?

In the build-up to the Rio Conference on Sustainable Development in June 2012, where does the international community stand and what can we expect from yet another UN-sponsored Conference? The first step is a "zero draft", a new approach which is seen as the perfect starting point for negotiations. 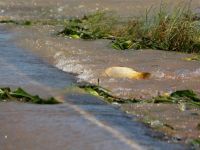 There will be three negotiating rounds before the Rio Conference on Sustainable Development (Rio+20) on 22 to 22 June 2012, these taking place in March, April/May and June - informal rounds of negotiations to help build the agenda for the Conference. For Sha Zukang, the starting point is the "zero draft" which "is viewed as a starting point for negotiations" and for the Secretary-General of the UN Conference, it is an important first step to present to the governments and citizens of the world "an outcome that will make a difference in our shared undertaking to achieve a sustainable future - a future we all want".

First and foremost for Mr. Zukang is for the governments to be ambitious in proceeding with the draft, to be action-oriented and to ensure accountability. The key is "to show the world that we mean business, and not business as usual".

The zero draft is effectively a short-list which has been drawn up based upon 6,000 pages of suggestions made by governments, international organizations and civil society groups, this list being the so-called SDGs, or Sustainable Development Goals. The aim is to draw up clear SDGs by 2015, including a timeframe for their implementation and setting out clear objectives for member states to follow, including a new vector of accountability for those who fail to perform.

The key words are green economies which are appropriate to national circumstances but inside a global framework for action.

Among the issues in question are how to drive the dissemination and transfer of state-of-the-art technologies from developed to developing countries; how to eradicate poverty and build societies which are inclusive and socially just, how to protect the Earth's eco-systems, address food, energy, climate, finance and employment crises.

It is easy to talk, less easy to do, and to implement concrete actions, as we have seen in the countless conferences since Rio 1992 twenty years ago. If sustainable development is about balancing needs and limitations, providing frameworks that allow us to address the requirements of today without compromising the future generations to come, then it may help to say that if we do not find solutions, and soon, we will not only compromise the future, but the times we live in as well.

Since Humankind is a selfish animal and only acts to serve its own interests, the sooner we envisage the world as a global unit in which actions engender reactions, the better and the sooner we will be to providing global solutions which answer the needs of the planet and not just the few.