There's money for arms. What about kids?

In the same year that the FUKUS-Axis armed terrorists, rapists, torturers, murderers, arsonists, racists, thieves, looters and blackmailers in Libya, children in twenty-five countries were in need of humanitarian assistance. Libya was not one of these. Now it is. So much for an ethical foreign policy. 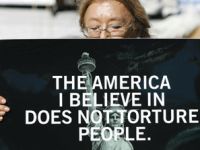 2011 was a telling insight into how low the FUKUS-Axis (France, UK, US, Israel) has sunk and offers a clear mirror-image as to the callous and murderous thieving foreign policy of countries which have lost their way, have lost their sense of decency and morality and which have fallen on the rocks in terms of ethics, entering the sewer of international relations and providing the antithesis of what could be termed a role model.

The FUKUS-Axis serves to do to the international community what financial advisors do to their clients and the answer lies in the acronym. Therefore it comes as no surprise to learn that in the year 2011, when the FUKUS-Axis was siding with terrorists on its own list of proscribed groups, was arming thugs and rapists and racists who were murdering children and cutting the throats of Negroes in the streets of Libya, millions of children around the world were in need of humanitarian aid and many of these continue to need assistance.

The conclusion for future generations is that while the Jamahiriya Government in Libya was helping people, was financing humanitarian schemes in Africa, was setting up programmes to help Africans, such as e-learning and telemedicine projects, and funding initiatives to save Africans money by freeing them from crippling interest repayments to western banks (that was Gaddafi's "crime", in reality), the FUKUS-Axis did all it could to sabotage these initiatives and impose once again the yoke of imperialism and colonialism not only upon Libya and Libyans but also upon Africa and Africans.

While the rest of the world community stood back and watched, the FUKUS-Axis launched a savage attack on Libya, used mission creep to go from the imposition of a no-fly zone to boots on the ground, against all the terms and conditions of the UNSC Resolutions governing the case (UNSC 1970 and 1973 - 2011), sent in Qatari terrorists and allowed the dregs of Libyan society - racists and rapists - to commit horrific human rights abuses.

And while the FUKUS-Axis was content in supporting butchers and rapists and terrorists, children in 25 countries were going short of food, to the extent that UNICEF states in its recent report (UNICEF 2012 Humanitarian Action for Children) that "urgent and long-term needs of millions of children" from 2011 will continue into 2012.

Let history bear witness to the behaviour of the FUKUS-Axis in the year 2012. It appears they are dying to continue where they left off in 2011. Until when, and how far can they push before the patience snaps?