Romney vs. Obama: Elections and responsibility

Romney vs. Obama: Elections and responsibility 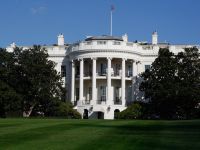 The citizens of the United States of America do not have the right to say mind your own business to the international community, simply because the USA adopts an aggressive foreign policy which has consequences for everyone. Therefore the members of the international community have every right to an opinion on the Presidential elections in the USA.

Unfortunately, the election system in the United States of America is everything but democratic. It is a two-horse hole, a cynical preparation by those who rule the roost to dupe the gullible people of the USA into accepting which candidate looks smarter on TV, the one who lies better than the other and whose squeaky clean family life convinces the Satanic Christians to give him their vote. Satanic Christians, yes, because these are the ones who support murderous policies abroad; and "him" because the USA has yet to elect a woman: Hillary Clinton was appointed, not elected.

And behind the chosen candidate, closes the machinery of Government, endemically tied up with AIPAC (The American Israel Public Affairs Committee), and the business this clique engages in, from arms to telecommunications to banking to movies, and all the favours which will be called up over the forthcoming years. At the end of the day, the entire process is a sham, because as we see with Obama, the one who calls the shots is not the President, but rather, the faceless cowards surrounding him.

Enter the international community. Why? Say the citizens of the USA, what has it to do with anyone else? If the governments of the United States of America concentrated on internal policy, concentrated on bridging the gap between rich and poor within the USA and followed a foreign policy which concentrated on humanitarian aid, helping other countries to reach the position of excellence which the American Universities have reached and providing food and knowledge to regions affected by endemic drought, nobody could raise a finger.

But this is not the external policy of the United States of America. It never has been, not for the last two hundred years. The USA is a proxy British Empire, where the Sun never sets. Therefore since the choice by the citizens of the United States of America has a direct effect upon those of the international community, we have the right to call the shots. Basically you cannot have it both ways.

You elect a crypto-Fascist who panders to the whims of the arms and banking and energy and drugs lobbies who control the external policy of the USA, you are directly responsible for electing a pariah and for turning the USA into a pariah state.

Let us examine, for example, the case of Barack Obama. Commendable it was that the people of America did not use the race card, neither was the election taken to a racial stage: Obama won because he was the better candidate. He also won the Nobel Peace Prize. He then insulted it, he insulted the international community, he insulted the Nobel Institution and he insulted the Prize, rendering it insignificant for the rest of eternity with his sinister, demonic and inhumane foreign policy, wasting billions of dollars in launching an imperialistic campaign against Libya to steal its resources.

So, the choices made by the people of the USA in electing the next President have to do not only with the citizens of America but also with those of the international community, since the consequences of the former affect the latter in tangible terms.

Certainly, the private life of Gingrich has nothing to do with anyone other than the candidate himself and his family (what is it anyway with US politicians and sex, are they all depraved, or what?); as regards Mitt Romney, his policies do not appear to differ that much from those of Gingrich, given that both of them would destroy what gains Obama has made in healthcare.

If we wish to introduce a democratic element into the US elections and actually cater for the wishes and desires of the people of the United States of America, then let us entertain the notion that a Ron Paul could have a go for the GOP and that Cynthia McKinney could ride on a Green ticket.

Can the USA and its citizens break the yoke forged by Washington, of a two-party, two-horse hole? I doubt it because to reach that stage of enlightenment, it takes some five hundred years and the USA is just over two centuries old.