It's the system, stupid! 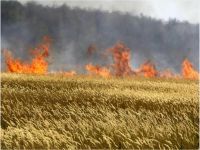 Economists the world over are running around like headless chickens in the wake of the global financial and banking crises and in the run-up to what promises to be a spectacular economic collapse. The epicentre of stupidity continues to be the EU where the answer to any question is: We don't know!

How can you create an economic system and not know the consequences of the different vectors which will necessarily interplay with it as it grows, or thrives or even dies? If you are involved at any level of government in the European Union, the answer to this question is perfectly simple: you just go ahead, allow yourself to become caught up in a wave of euphoria where everyone is living in cliché-land in the amazing and astonishing alliteration of the European Economic Expanse which Promises Progress for the People, you impose it top-down on 500 million people and thousands of years of history, without asking anyone of course and if anyone asks you what the hell you think you are doing, you say "I don't know, je ne sais pas or Es weiss ich nicht".

Welcome to the Merkozy Space, in which modern Germany has managed to succeed where Hitler failed, in which Germany financed the other countries to destroy their industries and agriculture so that Deutschland could rule über alles and in which France has, as usual, adopted a position crawling around Germany's feet, whimpering and simpering on demand at the crack of the whip.

The industries are gone, agriculture and fisheries have been destroyed, there are no more jobs, except for a minimum salary for a Brazilian or Ukrainian cleaning lady, or a Surinamese bricklayer, all willing to live in a room with a shared toilet with other like-minded and hard-working immigrants so as to be able to send some money home.

That apart, the scenario is rising unemployment, closure and bankruptcy of record numbers of businesses, no job prospects for students, no money for subsidies or pensions, increasing insecurity in the Eurozone, speculative attacks from the ratings agencies chipping away at confidence and strategically undermining any hopes of recovery, all attacking countries standing on the quicksands of the EU's own impositions, such as the Convergence Rate, forcing countries and economies into shapes and forms that they had never previously assumed. Never mind, the more pressure the system laid on (in an absence of democratic process), the more companies went bust, leaving more clients for the Merkozy space, ruled more by Merko than Sarko in fact.

So no wonder the EU is in a mess and no wonder the Eurozone is about to implode, with the ensuing drama for homeowners and consumers in Euroland (mortgages will shoot up way ahead of salaries and so will consumer prices; home ownership will plummet, foreclosure will soar, social strife is guaranteed. Welcome to the capitalist model).

The policymakers over the last two to three decades have displayed an economic myopia bordering on blindness, have failed to display a modicum of emotional intelligence and have limited themselves to obediently implementing market economy laboratory policies which have taken money out of the economy, stifling the drivers of growth, jobs and sustainability. Instead of spending their way into an upturn or at least stability, which the Latin American economies managed to do, the EU and North America faced the intruder by mining their own household.

And these are households built on sand - the ratings agencies have been given the power to dictate a country's credit rating, and in heavily indebted economies with massive levels of sovereign debt (because the policymakers, in their utter wisdom, mismanaged their economies spending not only what they had but gambling away the future for immediate and paltry returns), the power these agencies wield dictates all - pensions, cash flow, financing of projects.

The question is, have they already fallen so far in that the next decades are already heavily compromised?