A Hapless Product of US Army's Human Terrain System 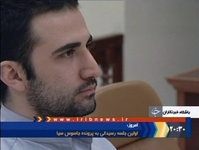 "The poor guy," said a source.

Nathan Hodge writing for the Wall Street Journal has confirmed that Amir Hekmati worked for BAE System's as a member of the US Army's Human Terrain System. "An industry official familiar with his civilian contracting work said he was involved in training for the Human Terrain System, a U.S. Army program to provide cultural advice to military units, before went to work for the Army," Hodge writes. "Troy Rolan, an Army spokesman, confirmed Mr. Hekmati's employment there, and said he left the Army in June 2011.

This is disturbing news indeed.

Human Terrain System program manager Colonel Sharon Hamilton announced in public at a Special Operations conference before the 2011 holidays that the Human Terrain System (HTS), Version 2.0, is now officially an intelligence collection activity.  According to some, this leads back to the murky intelligence activities of a former HTS employee named Stephen James "Banger" Lang.

In a recent video, Hamilton discusses HTS 2.0 pointing out that the Office of the Secretary of Defense/Intelligence gave marching orders to HTS leadership to figure out how HTS can evolve to support Special Operations Village Stability Operations, and work other Human Terrain projects within the Pentagon's Geographic Combatant Commands. The "power of HTS", she points out in the video, is the ability to determine the how's and why's of indigenous populations and feed that information to commanders before negotiation, invasion and occupation. The wording Hamilton uses is interesting as such information, going forward, would have to be gathered covertly, one assumes.

If HTS is going to support USSOCOM, which is not confined to one continent, then the classification level of program participants would have to rise beyond the "secret" level. And in fact, that is happening as CGI/Oberon Associates, now in possession of $227 million (US) to run the program, brings in a bundle of new contractors in the form of sub-primes or individual contractors.

The history of HTS is, quite simply, grotesque and an embarrassment to the US military and the men and women who tried, but failed, to get the program to work. It has been a disaster for Civil Affairs as millions have been burned to make HTS work that should have gone to Civil Affairs units at Fort Bragg and elsewhere.  For years critics of the program-the most vociferous from within HTS-argued that HTS always was an intelligence program run out of US Army TRADOC, G2. There are some 70 articles written over a three year period that report on the program's failings, deaths, inadequate recruiting and training, allegations of fraud, waste and abuse, murder, hostages, sexual harassment, and more. Those pieces also offer recommendations for improvement. Numerous investigations run by the DOD-IG, the US Army CID, and the US Congress Office of Special Counsel have been conducted on HTS 1.0.

If the Iranians knew how screwed up HTS 1.0 was and the inadequate training Hekmati received they would set him free. He is the product of damaged US Army and Pentagon leadership. Give the poor guy a break.